62 Years Ago Today, the Jewish World Lost Its Greatest Genius 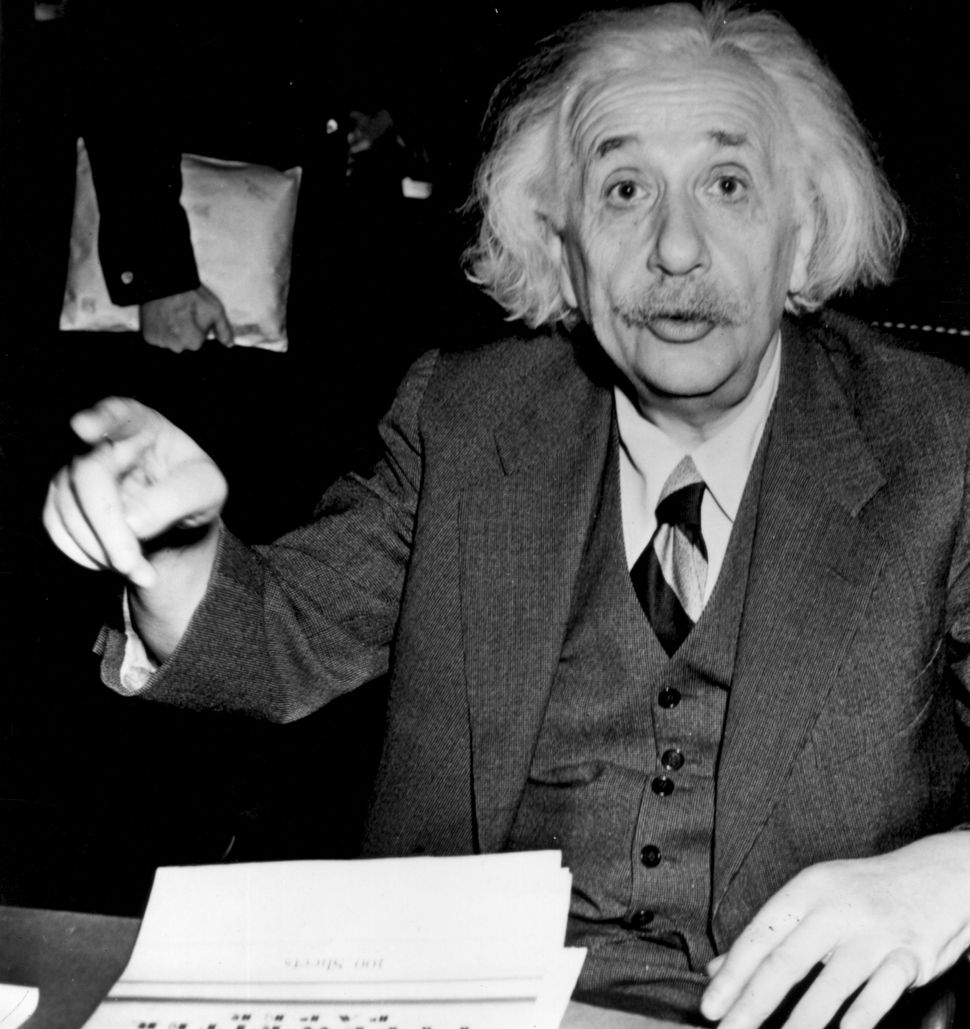 In the following days, the groundbreaking physicist’s death was met with grief on all fronts. Then-President Dwight Eisenhower eulogized the scientist, commenting “No other man contributed so much to the vast expansion of 20th century knowledge.” The New York Times, in an obituary, lauded Einstein’s moral courage, writing “‘Saintly,’ ‘noble’ and ‘lovable’ were the words used to describe him by those who knew him even casually.”

And in the Forverts, on April 19, editor Hillel Rogoff found the most polite means possible to frame Einstein’s famous lack of a fashion sense as an asset.

“Uninterested in the rewards of fame he remained a very humble individual,” Rogoff wrote in Yiddish. “He didn’t partake of worldly goods and paid very little attention to his manner of dress. His suit was never pressed, his tie unworn and his jackets appeared worn out.”

“Einstein retained no interest in material things but took great interest in the world. He was a man of high ethics and a humanitarian in the nicest and highest sense of the word,” Rogoff continued. 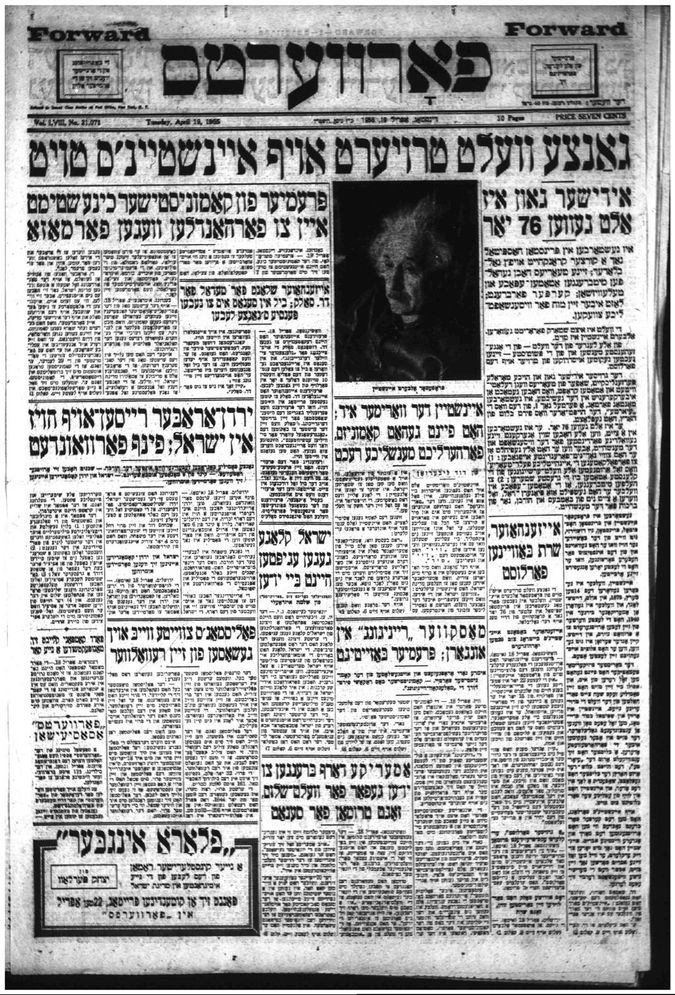 In honoring Einstein’s life, the Forverts devoted its front page to his obituary, headlined “Entire World Mourns Einstein’s Death.” The paper also reprinted a conversation between its writer David Liberson and Einstein, dating from 1946.

Liberson, affectionately noting the familiarity of Einstein’s “large Jewish head with his warm eyes,” wrote that Einstein showed a fervent dedication to the Jewish people. “He believes…that we must not internalize the oppression,” Liberson wrote. “We must remain true to ourselves: meaning, we must always behave as Jews with Jewish self-respect and faith.”

Einstein also told Liberson of his vision for the not-yet-created Israel. “He’s convinced that as difficult as it may be no other option exists than to find a path of understanding with the Arabs and create a state (similar to Switzerland) where Jews and Arabs must be equals,” Liberson wrote.

In 2015, Paul Berger reported extensively for the Forward on Einstein’s complex relationship to Judaism and the idea of a Jewish state. Read his findings here.

62 Years Ago Today, the Jewish World Lost Its Greatest Genius