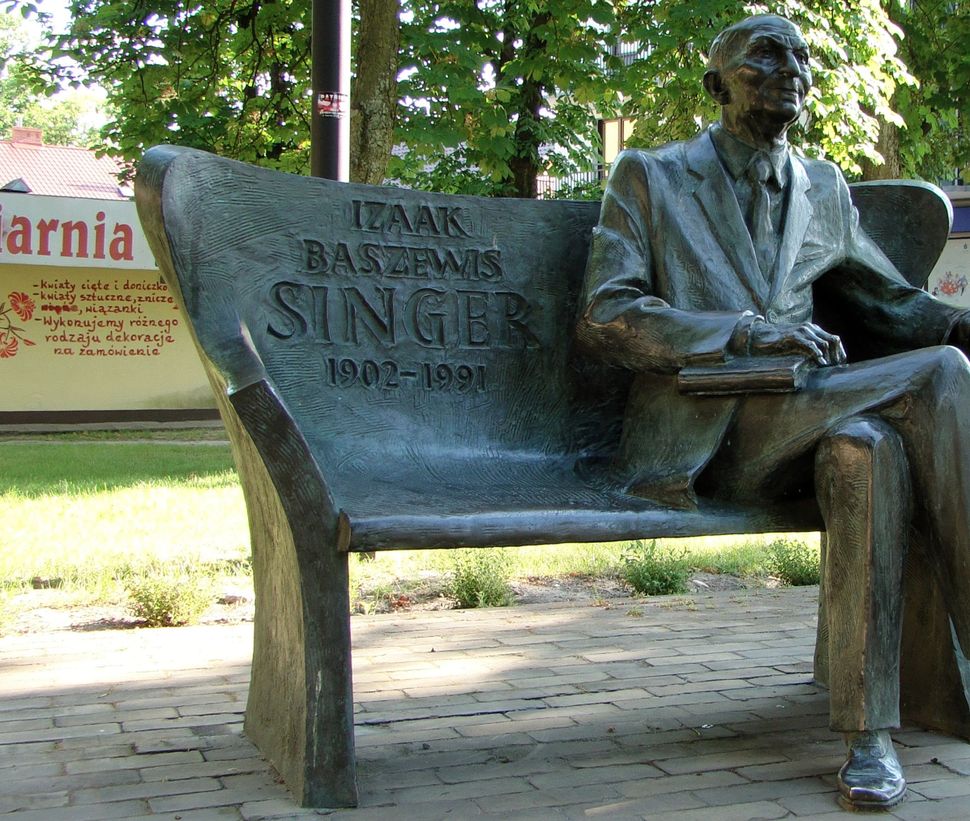 PETA chose what some may consider a strange way to honor the legacy of both the famed Yiddish writer Isaac Bashevis Singer and the Warsaw Uprising, organizing a lunch, hosted by the Polish supermodel Joanna Krupa, at which they awarded Singer a posthumous PETA “Hero to Animals Award.”

A PETA press release praised Singer for the parallels he drew between the Holocaust and human treatment of animals.

“He fled the Holocaust, and he wrote books comparing concentration camp atrocities to the bloodbath inflicted on animals in slaughterhouses. He famously wrote that ‘to [animals], all people are Nazis,’” the press release stated.

Krupa, a vegetarian, commented at the lunch “”Like most younger people, I had never heard of Singer, but when I learned that this fellow Pole was a godfather of the animal rights movement, I felt obliged to share his legacy with a new generation.”

Why PETA believed the anniversary of the Warsaw Uprising was best commemorated by having a Roman Catholic model issue an award to Singer, who escaped Poland in advance of World War II, was unclear.

If they were attempting to invoke Singer’s prestigious place in Jewish history and culture, they perhaps should have timed the event to align with the anniversary of the Warsaw Ghetto Uprising, the tragic last push for liberation by the Jews of the Warsaw Ghetto. Despite the fact that Jewish fighters were among the rebels in the Warsaw Uprising, and the rebellion liberated some 350 Jews from a concentration camp, the event possesses much less significance for Jews in the history of the Holocaust.

In any case, specifically commemorating the slaughter of thousands of Jews by saying that carnivorousness is equivalent to Naziism would be, to say the least, tactless. (Let us mention, as well, that starvation contributed to the deaths of 83,000 Jews in the Warsaw Ghetto; starting in 1941, their ration cards allowed them 184 calories per day. I’d invite PETA to argue that the choice of the ghetto’s residents to eat whatever meat they could find was in some way morally bankrupt.) Despite Singer’s comparison of the two practices, we doubt the great — and tactful — man would condone the choice.