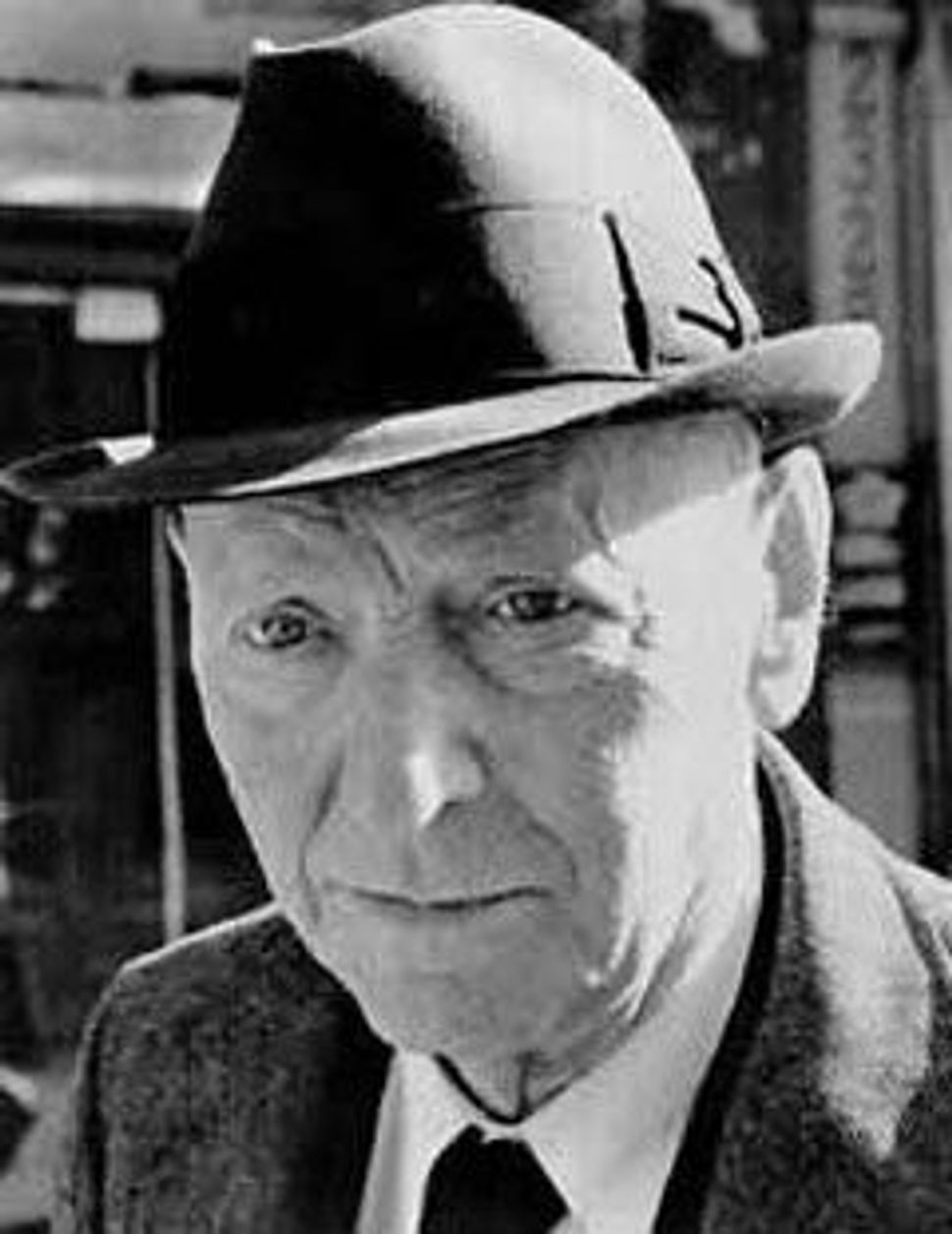 Editor’s Note: The Beet-Eating Heeb is the nom de plume of Jeffrey Cohan, a former journalist in Forest Hills, PA. He also blogs about Judaism and veganism on his own website.

And it would be a pity if his birthday went unnoticed at The Jew and the Carrot, a space dedicated to discussions of Jewish eating.

After all, Singer, the greatest Yiddish writer, had something to say about food, to put it mildly. He wrote vividly about the ethical imperative of vegetarianism in both “The Slaughterer” and “The Letter Writer,” two of his classic short stories.

So his 110th birthday provides an occasion – maybe even an appropriate one – to briefly re-examine those two stories from the perspective of our contemporary food system.

Best to start with “The Slaughterer,” since it is devoted in its entirety to food production. Set in a 19th century shtetl, the story describes a reluctant shochet (kosher slaughterer) who is driven mad from the anguish of the animals that await his knife.

Losing his mind, the shochet sees cows and chickens encircling him, “ready to take revenge for every cut, every wound, every slit gullet, every plucked feather. With bleeding throats, they all chanted, ‘Everyone may kill, and every killing is permitted.’ ”

While the story, like so many of Singer’s works, has supernatural elements, the idea of a slaughterer going mad is not exactly far-fetched. In fact, many modern slaughterhouses are specifically designed in such a way as to minimize the danger of that very thing happening. A maze of walls and partitions prevents workers from seeing anything other than their own small section of the dis-assembly line, so as to minimize the psychological toll.

But even if the design of slaughterhouses has changed, “The Slaughterer” is just as relevant today as it was when Singer wrote it some 50 years ago.

The Beet-Eating Heeb isn’t a mind reader, but you needn’t be one to figure out what Singer was trying to accomplish. “The Slaughterer” was a bold attempt to confront omnivores with the grisly reality of meat production. It was true when Singer was writing and it’s true now that people blind themselves to the moral implications of their dietary choices, buying their meat in anti-septic, plastic-wrapped packages in brightly lit supermarkets – many miles, literally and figuratively, from the carnage of the slaughterhouse.

Singer was fulfilling the highest function of a writer, serving as a moral conscience for society, shining a light into dark corners.

“The Letter Writer” may not focus on food like “The Slaughterer” does, but it does provide one of the most memorable passages in vegetarianism.

Holocaust survivor Herman Gombiner, the story’s protagonist, shares an apartment with a mouse and dwells on existential thoughts about the rodent’s place in the universe. Speaking to the mouse, Gombiner famously says:

“What do they know – all those scholars, all those philosophers, all those leaders of the world – about such as you? They have convinced themselves that man, the worst transgressor of all the species, is the crown of Creation. All other creatures were created merely to provide him with food, pelts, to be tormented, exterminated. In relation to them, all people are Nazis. For the animals it is an eternal Treblinka.”

Singer wasn’t the first and certainly isn’t the last vegetarian advocate to compare factory farming to the Holocaust. And the comparison is, in some respects, more apt than ever. In modern agriculture, animals are confined in overcrowded, industrial-sized barns; transported without food and water; and sent to slaughter in staggering numbers, despite their utter innocence. This should all sound chillingly familiar to Jews.

Nonetheless, The Beet-Eating Heeb parts company with Singer here. The comparison to the Holocaust is imperfect and inappropriate. The Nazis were trying to wipe Jews off the face of the Earth altogether, while farmers are continually breeding new victims, thus perpetuating the existence of cows, pigs, chickens and turkeys as species. In this sense, the dynamic is very different.

Furthermore, the comparison offends many Jews, for the obvious reason that it seems to equate Holocaust victims with farm animals.

There are still more flaws with the comparison, but The Beet-Eating Heeb sees no need to enumerate all of them in this space. Especially since this is a day to appreciate Singer and his sincere efforts to roust us from our moral complacency, to focus our attention on the human-animal relationship, and to encourage us to apply ethics to eating.

How better to celebrate his 110th than cooking up some vegetarian fare and settling into an easy chair with a book of his short stories?