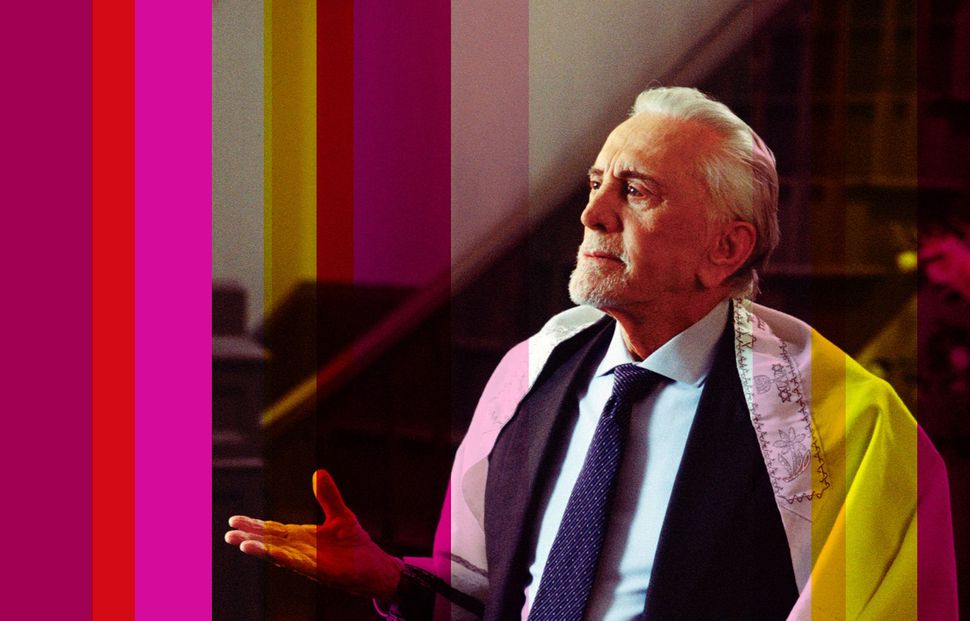 This is the fourth in a series of articles examining Bar and Bat Mitzvahs in America.

Jeremy Piven had one. So did the former owner of my pharmacy. And Kirk Douglas had two. Stumped? These men all stepped up to the bimah to have a second bar mitzvah. Not to be confused with the now familiar adult bar mitzvah, a second bar mitzvah is akin to a couple renewing their vows. The ceremony takes place most commonly at age 83, as the Bible dictates that a human being’s lifespan is 70 years (70 plus 13 is, well, you get the picture). This ritual is becoming more common in its own right as men live longer, healthier lives. The reason that most of the second bar mitzvah celebrants are men is very simple: Women of previous generations weren’t allowed to have a first. For these second-timers, studying, chanting and interpreting are, again, part of the process. And while there may be no DJ or gift checks written in denominations of chai, participants tend to agree that it can be more gratifying the second time around.

Given the state of the world 70 years ago, the tone of many “first” bar mitzvahs was the antithesis of what we see today. Many Jews were still poor immigrants, attempting to adjust to life in a new country while that country was engaged in war.

“I was the baby of the family,” said Sam Convissor, 87, of South Orange, New Jersey. “My older brother was in the Merchant Marines, and my two brothers-in-law were stationed away from home. It was a very small occasion at our Orthodox shul in Newark [in Northern New Jersey], and I remember I paid tribute to the boys overseas. By afternoon I was home playing football in the street, just like every Saturday.”

For his second bar mitzvah, at age 83, Convissor welcomed family and friends to celebrate with him at the Conservative synagogue where he raised his family. Instead of candy, the congregation showered him with individually- wrapped prunes.

For others, the rebirth takes on a more serious tone. Mark Koller, 87, of Mount Kisco, New York, spent April 23, 1943, the day of his bar mitzvah, interred in a labor camp. Born to a prominent family in Vizag, Romania, Koller was sent, along with his parents and brother, to a camp in Ukraine in 1941. After years of suffering without heat, food, water, and, just as important, dignity, the survivors were liberated by the Soviet army in 1944. Koller made aliyah to Israel in December 1949 where he was drafted by the IDF and began pursuing his goal of becoming an engineer, which he realized upon arriving in the United States. He married and, upon the birth of his daughter, reentered synagogue life and became a highly-esteemed teacher of Hebrew, Yiddish and other courses. When Koller decided to have a second bar mitzvah, the rabbi gave him his Torah portion. The reading, during Chol Hamoed Pesach, was Ezekiel’s vision of a valley of lifeless human bones. Through Ezekiel’s actions, as dictated by God, the skeletons are revived and come alive again. God then explains that they are to gather together, with new hope, in the Land of Israel. As Koller said, “It felt bashert [like destiny].”

He added, “It was a dream come true. It made me feel like I was meant to stay here and have this experience. It was a symbol that I made it. It’s called a second bar mitzvah, but for me it was the first.”

With very few senior citizens looking for more “stuff,” the second bar mitzvah can also be an opportunity to give back. Full-time Martha’s Vineyard resident Herb Foster, 90, decided to make his bar mitzvah a fundraiser for his synagogue’s endowment fund. Originally bar mitzvahed in an Orthodox synagogue in Brooklyn’s Boro Park, Foster (born Finkelstein) spent a lifetime as an active contributor to those in need. He earned his doctorate in special education and went on to teach at-risk children in the New York City public schools, then in the education department at SUNY Buffalo. As a retiree he has devoted himself to the causes of social justice, language and the arts, as well as to his synagogue, the Martha’s Vineyard Hebrew Center.

The age of 83 is, of course, just an overall guideline, and anyone who is willing or interested can step up and experience the bar or bat mitzvah for a second time. Or even a third. Convissor says his rabbi has asked him on several occasions if he would stand and recite his haftara again on the appropriate day, to which he replied, “Of course.”