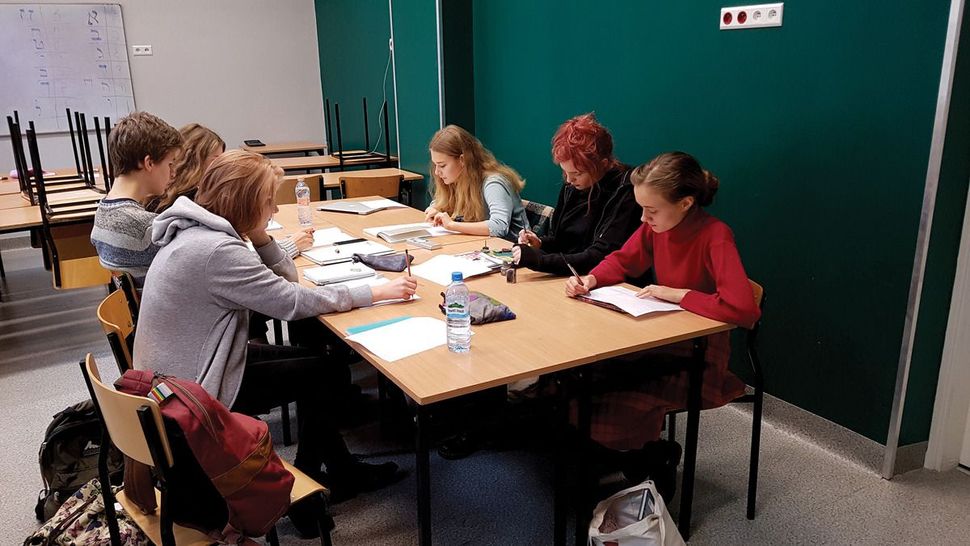 Few people know that there’s a high school in Warsaw that teaches Yiddish. In fact, it’s probably the only one in all of Europe that does. I know because I recently graduated from there and I was one of its Yiddish students.

This isn’t a Jewish school. The Jacka Kuronia Multicultural Humanist High School, which was founded in 2006, is located in a building on Kłopotowskiego Street that belongs to Warsaw’s Jewish community. It has about 100 students. 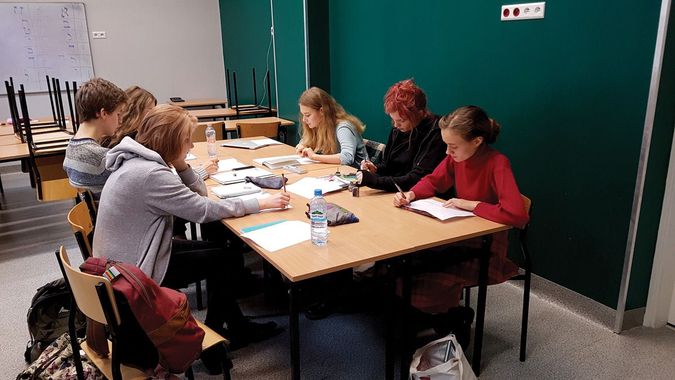 My alma mater is unique not only because students can learn Yiddish there, but also because we can take classes in philosophy, art history, Jewish history and culture, and participate in a special workshop where we work on a specific project, such as translating Emma Goldman’s writings from English to Polish. Of course, we study all the regular high school subjects like history, mathematics and biology. But unlike nearly all other Polish high schools, we don’t study religion.

A lot of people have asked me why I decided to learn Yiddish. Honestly, I originally chose Latin, but a friend told me that this wasn’t a good idea. My philosophy teacher, Sebastian Matuszewski, spoke so warmly about Yiddish and about the Yiddish instructor, Maciej Lagodzinski, that I eventually chose Yiddish.

During my Yiddish classes, which I took for two hours a week for two years, we learned the Yiddish alphabet and grammar and read Yiddish texts. This year there are eight students in the beginner’s class and seven in the intermediate. Students who want more instruction can attend a third year of Yiddish classes for four hours a week. In this expanded class students learn additional grammar and texts and translate Yiddish songs like Hirsh Glik’s “Zog Nit Keymol,” which much of the student body — even those who don’t know Yiddish — sings every year on the anniversary of the Warsaw Ghetto Uprising. 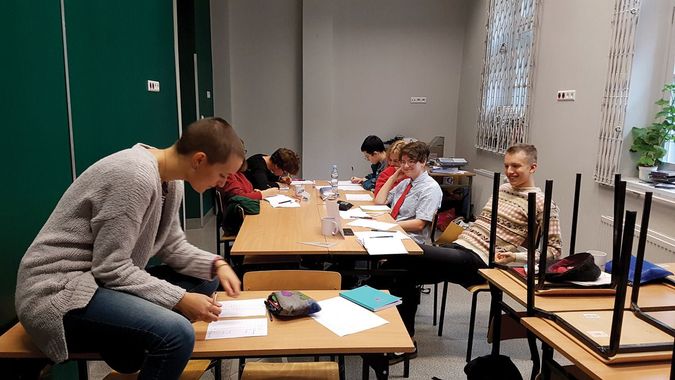 So why does the school teach both Yiddish and a course in Jewish history and culture? Where does the tradition of singing Yiddish songs every year come from? It seems to me that the reason is obvious: Jewish history is an important part of Polish history.

When I write about my high school, I need to explain that one of our main principles is that of direct democracy. Every year we have several school-wide assemblies where we discuss everything that’s important to us, including, for instance, requests to change the length of our recess periods. Generally, we discuss more communal problems and suggest ideas for new projects.

But the most important quality of any high school is its teaching staff, and our teachers are wonderful. We can see that they are truly dedicated and love their work. Maciej taught his expanded Yiddish classes after regular school hours when he realized that there was no time for it during our normal schedule. Sebastian once spent an entire five-hour car ride explaining Plotinus’ philosophy to me because I found it so hard to grasp. And when I didn’t understand Marx’s writings about his theory of alienation, no less than four teachers discussed it with me and Maciej read through Marx’s writings again with me. Sebastian and Maciej aren’t unusual. Most of their colleagues are just as dedicated.

I guess you could say we’re closer to our teachers than are most high school students. It means a lot to us because, as teenagers, we are often faced with challenges, and it’s wonderful to be able to speak about them with people who really know us.