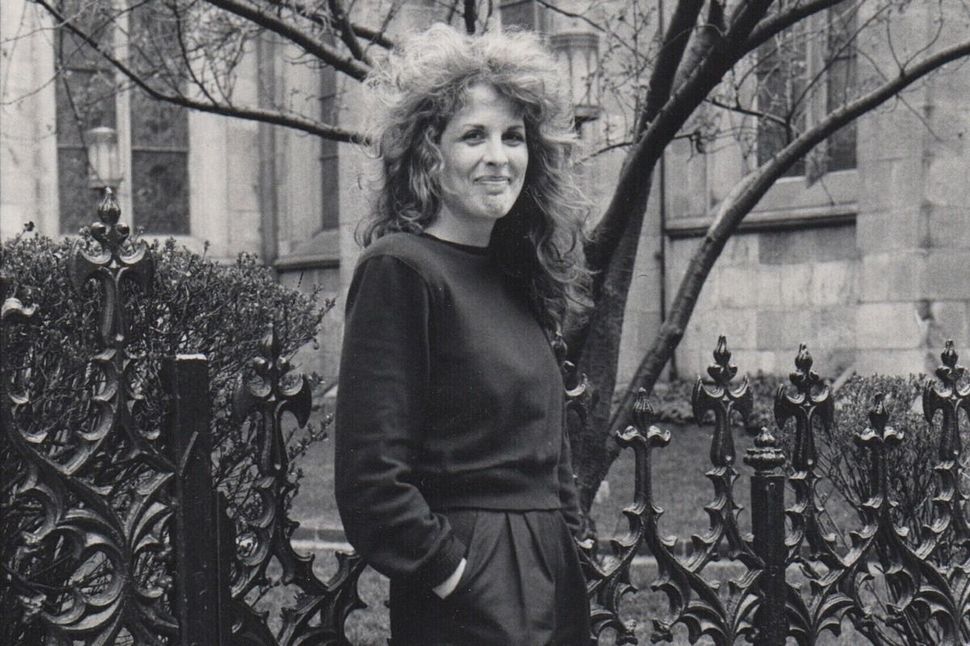 Cynthia Heimel, who frankly commented on sex, dating and the absurdities of New York City life in publications including New York Magazine, Vogue and Playboy, passed away on February 25 at age 70. In addition to her columns, Heimel wrote seven books, among them the cult classic “Sex Tips For Girls.”

The Washington Post reports that Heimel’s cause of death was “complications from dementia.”

Heimel’s feminist writing helped a generation of women feel empowered to enjoy sex. Readers of “Sex Tips for Girls” encountered a book full of cutting sarcasm, refreshing honesty and — how shall we say it? — adult advice. Heimel’s copious references to quaaludes and answering systems have not aged well. But the book voiced a positive attitude toward female sexuality, which itself was revolutionary.

As illustrated by some of her most profound and achingly funny quotes from across her career, collected here, Heimel was a sharp observer of the difficulties of being a woman in a chaotic world — and, more broadly, of the little joys necessary to manage the human condition. Read on for some of her greatest quips.

1) “Everyone in the world seems to think that they are codependent and that they come from dysfunctional families … They call it codependency, I call it the human condition.” — “If You Can’t Live Without Me, Why Aren’t You Dead Yet?!,” 2002

2) “Things have gone all weird in the world. Those who should know better are using words like ‘interface’ and ‘networking.’ Men who look like totally normal citizens are running around in ill-fitting polyester suits and polluting rivers. Women who should know better appear in gold-lamé knickers or try to close down abortion clinics. Nobody can get a decent job, a good cigar, or a sane boyfriend. You can’t tell a Buick from a Chrysler. Most of the rock and roll on the radio is played by dead people. The universe is expanding. Movie stars run tame in the White House.” — “Sex Tips for Girls,” 1983

3) “We must eschew anything trivial. We must embrace all that is frivolous. … Trivial things take up all your time and dull your senses, whereas frivolity is meaningful, profound, worth living and dying for…. If we devote our lives to frivolity, the world will be a far, far better place. Humanity will be better able to fulfill its primary goal, that of having a good time.” — “Sex Tips for Girls”

4) “It is true that William Blake said that ’The Road to excess leads to the palace of wisdom,” but they didn’t have angel dust back then.” — “Sex Tips for Girls”

5) “When in doubt, make a fool of yourself. There is a microscopically thin line between being brilliantly creative and acting like the most gigantic idiot on earth. So what the hell, leap.” — “Lower Manhattan Survival Tactics,” published in the Village Voice, 1983

6) “I regret nothing. I’m miserable because I was one of the first, and I believe that women my age are a sacrifice to the future. It’s not going to be the same for our daughters. They will have a much better chance of ‘having it all.’ Whatever that means.” — “If You Can’t Live Without Me, Why Aren’t You Dead Yet?”