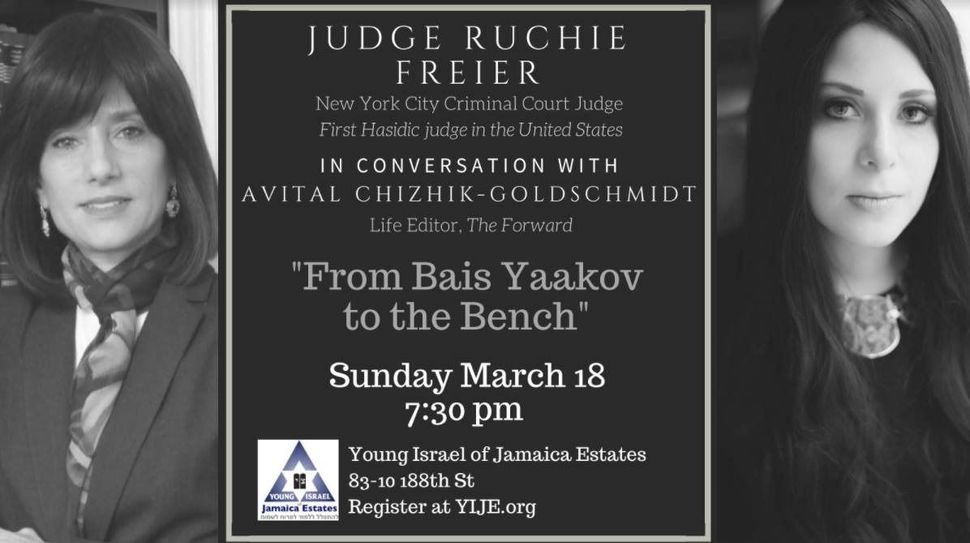 Avital Chizhik-Goldschmidt, life editor of the Forward will be appearing in conversation with Judge Ruchie Freier of the New York City Criminal Court at Young Israel of Jamaica Estates on Sunday March 18.

Judge Rachel “Ruchie” Freier, is the first Hasidic Jewish woman to be elected as a civil court judge in New York State. Her story, as a lawyer, judge and mother of 6 has been told at the Forward and, later, by The New York Times.