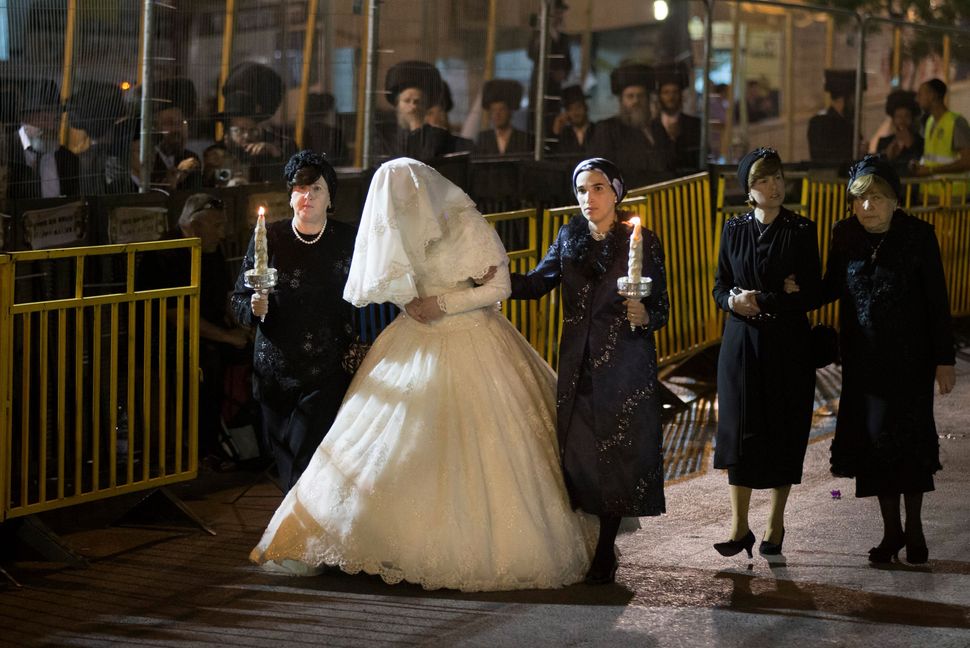 If someone knew about the Hasidic community only by learning about it through recent stories in the mainstream press, I would not blame that person for coming away with confusing and contradictory perceptions.

This season we saw the release of the Netflix documentary “One of Us,” in which the three protagonists describe a Hasidism of festering abuse and authoritarianism, bordering on violence. The women in this version of the narrative are consigned to breeding and subjected to a grim patriarchy.

Yet we also saw the New York Times profile of Ruchie Frier, a Hasidic judge who says she managed to raise six children and become a judge in Brooklyn not by fighting the laws of the community, but by embracing them. In a sense, her Hasidism was almost credited for her rise; Hasidism, in this version, paved the path for a woman to do the impossible. The New York Times crowned her “a Hasidic superwoman.”

How are we to reconcile these conflicting portraits?

It begins with an understanding of just how diverse Hasidic Jews are — far beyond the media’s homogenous portrayal of them.

The Hasidism I grew up with was of a very different variety than the Hasidism of Ruchie Frier.

I was raised in the Satmar Hasidic sect in Kiryas Joel — an insular village in upstate New York where almost all outside influences are weeded out; Freier, by contrast, became Hasidic by marriage when she married a man from the Bobov Hasidic sect. That Freier, who went to a (Lithuanian, non-Hasidic) Bais Yaakov school and had a (non-Hasidic) judge for an uncle, could marry a Hasidic man speaks to Bobov’s greater openness.

The Hasidic world is a broad one: It encompasses everyone from Chabad — which does very visible outreach and interacts and exchanges ideas regularly with the secular world as part of its mission — to Satmar, which sees the world as a sea of temptation that must zealously be guarded against and never be indulged. And there are a few dozen varieties and gradations in between, from the more spiritual and hippie groups like Bratslav to the sects that were not originally Hasidic, like Vien, but became Hasidic once they came to New York and followed the trends of their neighboring sects in Williamsburg and Boro Park. And even then, there is much diversity within these groups; some locations are more insular, some families are more open, some groups are known for strict control over their members while other groups are known for stringent adherence to a certain principle while being more lenient about specific observances. And in the end, as everywhere, each family, each person, makes for a distinct variety of Hasidism.

When Freier opened her first law practice in our neighborhood and worked primarily with Satmar clients, I was living in Kiryas Joel. I was a mother of a little baby, and by then I’d begun to feel suffocated by the limited opportunity for women in my village. I found a secular therapist on the Psychology Today online search (which in itself required certain freedoms other women might not have had), and because women in Kiryas Joel are not allowed to drive, and because my husband collected my paycheck from my Hasidic employer, I had to borrow money from my husband to pay for the taxi to the small psychotherapy practice in the town of Goshen. My marriage was strained by the constant conflict over the things I wanted that rocked our lives, so my husband refused to babysit. I left the baby at the neighbor, whom I did not tell of my whereabouts.

I sat in a dimly lit office and tried to explain to the kindly goy in brown sandals my dilemma: I felt trapped; I was despaired at the thought of forever sitting on a patio chair with the other ladies, chatting about designer baby buntings and other people.

The therapist thought carefully before he spoke, then asked if I could find creative solutions. Could I go to classes at night and pursue an education? Could I take classes online? And with each option I considered, I soon faced a dead end. Even my trip to the appointment had been near impossible: When the 45 minutes were over, I called a cab back home and waited outside, in the parking lot, on an empty Route 17M. The car was delayed by almost an hour. It was a cold winter afternoon and I stood there in mounting panic, watching car after car go by without picking me up, knowing my baby was hungry.

Later, the therapist told me of an article in the Times Herald Record about Freier, asking me if I could do what she did. The Record called her, “mother, wife, lawyer, and also Hasidic Jew.” How to explain to an outsider that my Hasidic and her Hasidic were not the same? That Freier clearly got here by driving a car from Brooklyn, which I couldn’t, that she had the support from family and community, which I didn’t, that she must have had financial means either on her own or from supportive family and friends, which didn’t even exist for me in my dreams? How to explain that to a woman from Kiryas Joel, with everyone looking askance at my every step, with the pressure to have more children, with an elementary school system that would make my child’s acceptance conditional upon my not “acting out,” that to me the life of Freier seemed entirely unrecognizable?

All this is not meant to minimize Freier’s incredible accomplishments, which reflect so much idealism and generosity.

But the discussion with my therapist back then made me feel a wrong had been committed in the telling of Freier’s story, as if she and the Kiryas Joel women were of the same flock. The way the story was told, the reader naturally concluded that Freier’s opportunities existed for every Hasidic woman who ever dreamed of a powerful career in the law. And the men in the Kiryas Joel leadership advanced and abetted this misunderstanding -– they knew well enough that the narrative served their interest both ways: It would make them look better to the outside world, while silencing the oppressed women who yearned to be heard. Perhaps even Freier herself felt a noble desire to correct misperceptions about her community, as she saw it. The Times Herald Record wrote then of Freier: “One perception she’d like to counter is that Hasidic women — most of whom don’t drive or take up careers as she has done — are treated as second-class citizens.”

Yet by trying to correct the misperceptions of her Hasidism, she inadvertently created new ones of mine.

Freier’s story can happen alongside horror stories of repression and abuse, as can the hundreds of other stories of struggle and triumph told by people who left, tried to leave, accepted that they could not leave, or are happily ensconced in the Hasidic humdrum of everyday life. And because all these stories are true, and 1,000 shades of nuance exist in between, that should be the story: the story of different variations of Hasidism.

Hasidim are far from a monolithic group. Let’s be clear when we talk of Hasidim, explaining degrees of insularity before painting groups with broad brushstrokes.

These stories need not be contradictory; they’re just complex.

Frieda Vizel grew up in the Hasidic community of Kiryas Joel and left the sect with her son. She is now a tour guide of Hasidic Williamsburg walking tours. Her website is www.visithasidim.com.