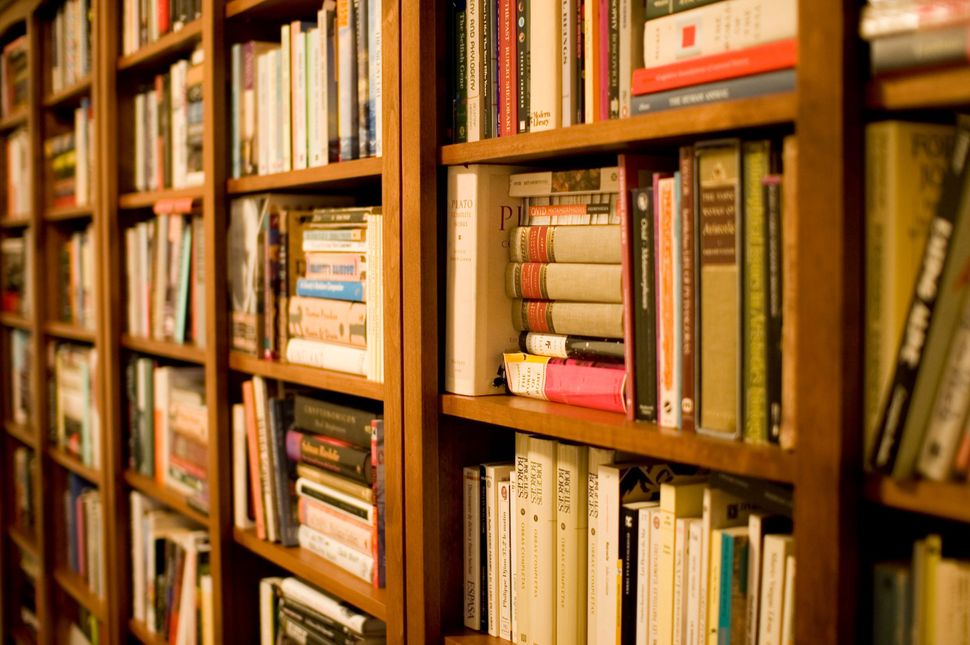 It is 2018, and anything is possible: Driverless cars! Nuclear war! Equal pay between movie stars of opposite genders! (Okay, maybe not that.)

The world is uncertain, but books can be relied on for pleasure, escapism and, worst of all, information. Here are some of the best fiction and nonfiction releases we’re expecting in upcoming months. Is it coincidental that all the most promising fiction appears to be by women? Only one solution: Read, and see for yourself. 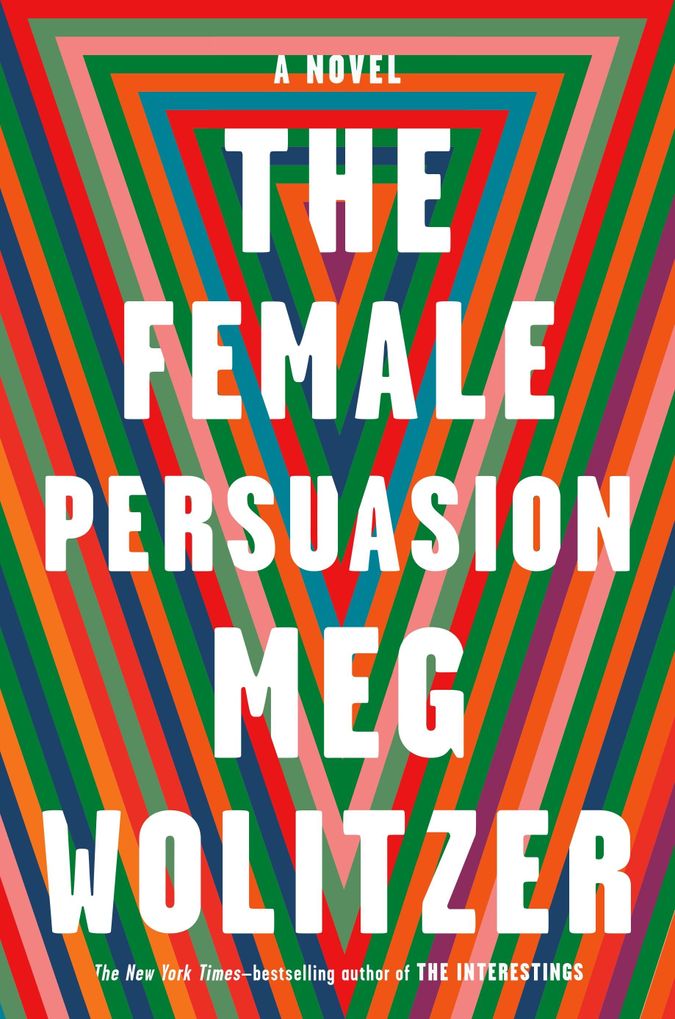 Image by Courtesy of Riverhead Books

Wolitzer has written a novel uniquely well-conceived for the current moment: “The Female Persuasion” follows a college freshman after she meets a feminist icon who changes both the way she thinks and the course of her life. As women across the globe reconsider the ways in which they’ve been taught to accept personal damage as the cost of professional ambition, Wolitzer’s latest work offers a rousing examination of female agency and ambition.

The modern literary world is often patronizing toward work written by women for women. (Go ahead, tell me there’s nothing marginalizing about the phrase “women’s literature.”) Sittenfeld, a literary writer whose work is geared toward female readers, is masterful at interrogating the subtle ways in which preconceptions about gender plague women in their professional and personal lives. If her stunningly good story “The Prairie Wife” — which first appeared in The New Yorker and is among the inclusions in “You Think It, I’ll Say It” — is any guide, this collection will be challenging, enlightening and, best of all, fun.

Kushner’s previous novel, “The Flamethrowers,” was a breakout hit of 2013. Will “The Mars Room,” set in 2003, live up to the hype? With the challenging subject of life inside a women’s prison made more daunting by the looming specter of the similarly focused Netflix series “Orange Is the New Black,” Kushner has set for herself quite the hurdle. As an incisive commentator on the absurd conditions of American life, she is likely to clear that hurdle in style. 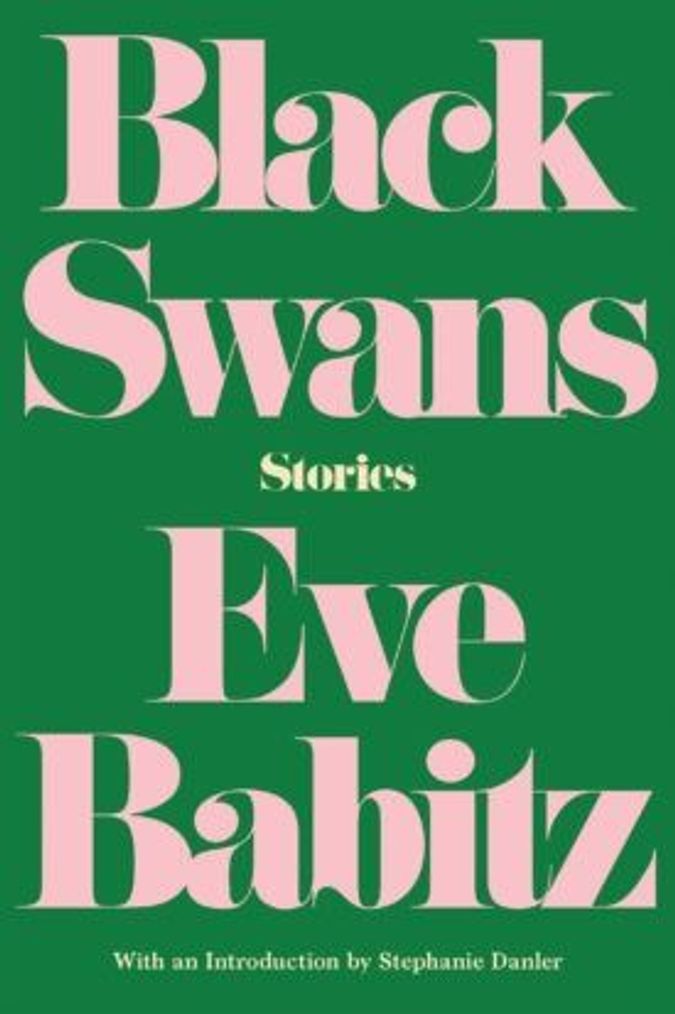 Image by Courtesy of Counterpoint Press

Babitz reigns supreme among the many writers who have tried to capture Los Angeles’s unflaggingly strange cultural scene, and specifically the glitz and hypocrisy of Hollywood. The collection “Black Swans,” initially published in 1993, contains some of her most incisive observations about the capital of American moviemaking. In the post-Harvey Weinstein moment, as both Hollywood and the country at large re-evaluate old, often degrading ideas about the power dynamics between men and women, this reissue of Babitz’s searing stories is well worth a read.

Jews tend to be tormented by their family histories; this is not news to anyone. Lucky for us, that tendency makes great fodder for fiction. In Blum’s “The Lost Family,” a Holocaust survivor-turned-Manhattan restaurateur finds himself building a new family, 20 years after his wife and daughters died in a concentration camp. The process, predictably, is not precisely problem-free.

It is a near-universal truth that women have profoundly conflicted feelings about motherhood. The protagonist of Heti’s new novel, as she approaches the end of her childbearing years, questions whether or not she wants children. What will she choose, and, more important, how panicked will her process make readers whose parents have — ahem — begun to ask leading questions about grandchildren? Take a deep breath, and find out.

Weinzweig’s sophomore novel, originally released in 1980, tells of a decades-long affair between a housewife and an international man of mystery. That setup may sound nauseatingly familiar; its result is anything but. Now considered a feminist classic, the slim volume receives a timely reissue this spring, serving as a reminder: You may seek liberation across the world, but it is sometimes where you least expect it — right around the corner.

Shocking as it may seem, advice columnists have tricky, painful questions in their own lives. In this memoir, Goldstein, who writes The Boston Globe’s Love Letters column, shares the story of her own experience balancing an often-befuddling personal life with the professional need to find compelling solutions to others’ problems. 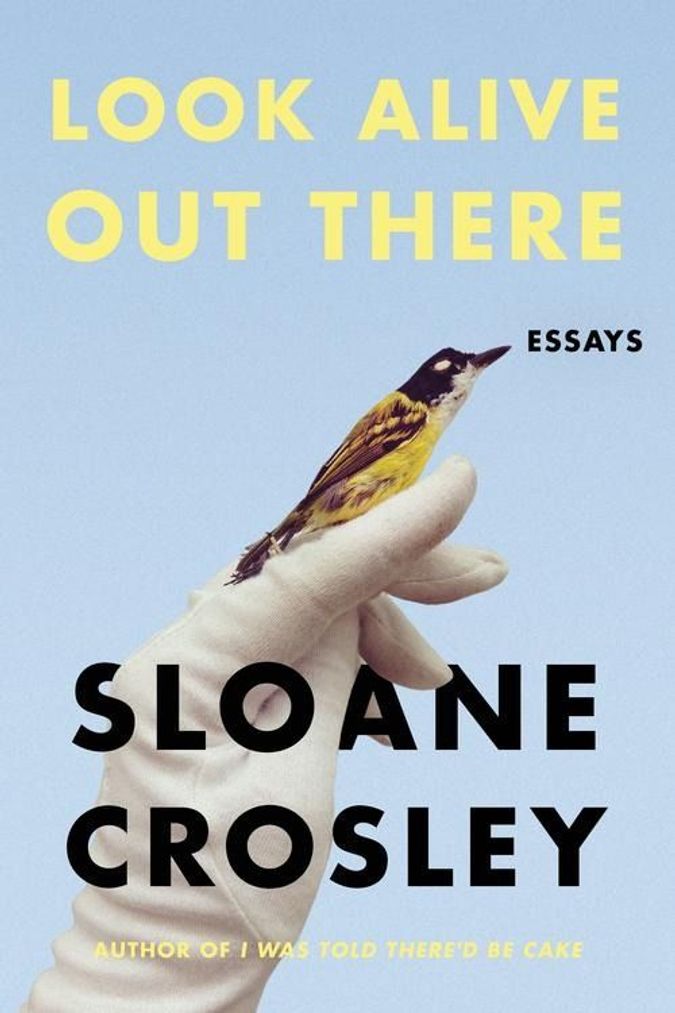 Image by Courtesy of MCD

Crosley is beloved for her humorous essays, most memorably collected in her 2008 book “I Was Told There’d Be Cake.” In “Look Alive Out There.” Look for discourse on breaking etiquette at shivas, swingers, “Gossip Girl” and volcanoes. The medley may make you worry that you yourself haven’t been looking alive, like, at all; don’t worry, vicarious adventure counts.

In the Trump era, cake has become the subject of both craving and scorn; reference Tina Fey’s satiric 2017 suggestion that we all binge-eat cake rather than engage in activism, which drew heaps of online ire. Backlash be damned: In 2018, this book is one of the few things in the world guaranteed not to disappoint you. Indulge in Scott-Goodman’s recipes for the stalwart treat beside Kalman’s whimsical illustrated meditations on its virtues. Bring the volume to your favorite bakery, and take a well-earned break.

Is there a point to becoming someone with the power to recommend books if you can’t put forward, say, the odd in-depth analysis of Shakespeare’s most misguided and tormented patriarch? Harold Bloom may be old school, but he’s a king of Shakespeare analysis, and this longtime Shakespeare nerd is ready for an earful of Lear. Timeliness is not necessarily a marker of quality, but it’s also worth noting that our current political moment contains several unfriendly echoes of “King Lear.” Read Bloom for literary escapism, and watch your back.

Paul Simon is a complex character in the annals of American music, well-beloved for his nuanced, playful, deeply felt songs about interpersonal connection and its absence. Both he and many of those closest to him spoke extensively to Hilburn for this biography. If you particularly miss Carrie Fisher, who was married to Simon briefly in the 1980s, her thoughts on her onetime spouse and longtime friend will be an especially welcome treat.

“Mothers: An Essay On Love And Cruelty”
by Jacqueline Rose
Farrar, Straus and Giroux, 256 pages, $26

As previously stated in this article, motherhood is complicated! What to do about it? Read more books! In “Mothers,” Rose examines the perilous consequences of the larger-than-life roles that culture ascribes to mothers. Her insights about the charged and nuanced ways in which the idea of motherhood shapes society are worth your time.

It wouldn’t be a full spring of family questioning without an entry concerned with the experience of being a daughter or son. In this memoir, Bernstein, daughter of an exceptionally famous father — the one and only Leonard Bernstein — reflects on her childhood, her relationship with her parents, and the way in which her father’s legacy continues to shape her life. The memoir arrives during the late patriarchal Bernstein’s centennial year.