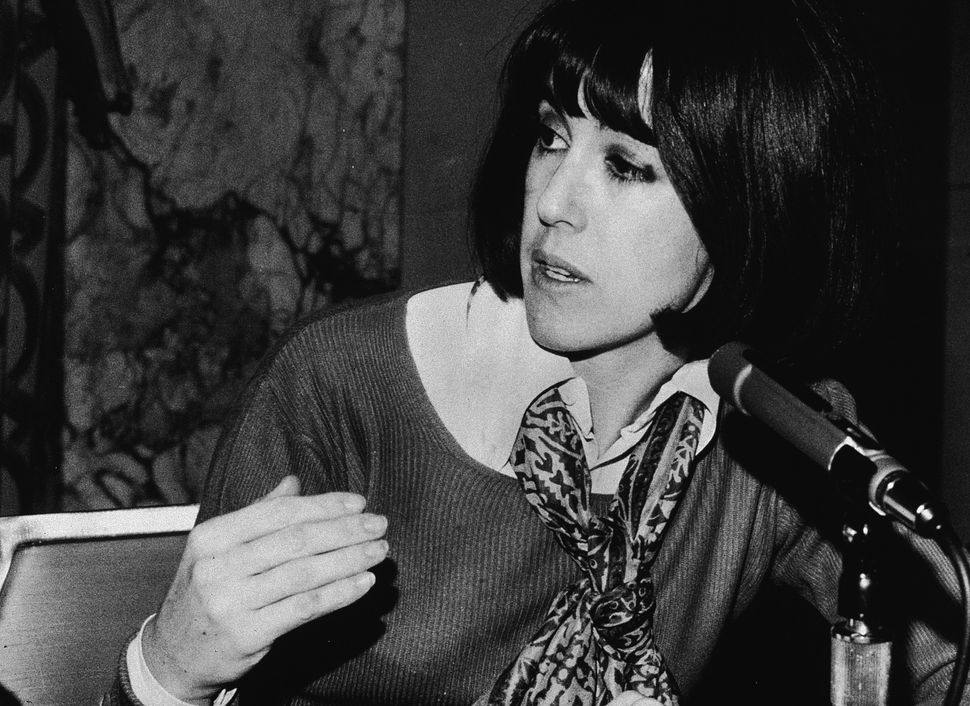 When Nora Ephron passed away in 2012, you may have caught a mention, in her New York Times obituary of a “tart, sharply observed” profile of Ayn Rand she had penned in the 1960s. The idea might have struck you as odd: Ephron on Rand? Sure, both were Jewish writers who were among the defining voices of their generations. Still, it’s difficult to imagine a greater literary and ideological gulf than that between the eventual screenwriter of “When Harry Met Sally” and the author of “Atlas Shrugged.”

Yet contrast sometimes makes for inspiration, and Ephron’s wit, aimed primarily at “The Fountainhead,” made an efficient vehicle for critiques of Rand and her readers that others made in much more blundering terms. The Times revived the article, Ephron’s debut in its pages, as part of a Women’s History Month retrospective on notable women’s writing from its archive. Tickled by the concept — Ephron on Rand, really! — we thought we’d do the same.

The first thing to note about the article, published in The New York Times Book Review of May 5, 1968, is that it speaks to something of a different era in the tonal life of The Times. Ephron’s biography, printed in a small, tasteful box at the bottom of the profile’s first page, clarifies that she is a freelance writer, then reads “She has promised herself never to read ‘The Fountainhead’ again.” Is it possible there was a time at which The Times, or at least The Times Book Review, was so happily unbuttoned? Ephron kept publishing work in The Times until the year before her death; her last author biographies noted only — rather primly, given the always-audacious tone of the author herself — her most recent book, and the fact that she was “a contributing columnist.”

Yet one thing The Times has not been afraid of, fifty years ago or now, is a good pan: See Michiko Kakutani on Bob Dylan if you doubt me. And a good pan is what Ephron delivered, in style, beginning with a paragraph-long analysis of the famous naked-on-a-cliff laugh delivered by the individualist architect Howard Roark in the first line of “The Fountainhead.”

(While copying that sentence I threw my own head back, to see what it might feel like to be a Randian hero. For those similarly curious, feeling like a Randian hero consists mostly of having difficulty reading one’s computer screen. Howard Roark, like many of us, might have struggled in the digital age.)

Ephron, as a critic, looked askance at herself nearly as frequently as she looked askance at her subjects, and the 18-year-old iteration of herself who first read “The Fountainhead” got her due in The Times. “I deliberately skipped over all the passages about egoism and altruism,” she wrote. “And I spent the next year hoping I would meet a gaunt, orange-haired architect who would rape me.” The comment sounds like a joke, and to some extent it is: If a 700-odd-page ideological diatribe in the form of a novel is rabidly adored by teenagers, its ideological worth should likely be questioned by adults. Yet it’s also a jab at Rand, for making rape seem like a precipitant of romance. Ephron was likely not the only young woman to read “The Fountainhead” and get the two confused. It’s worth pondering, as well, the effect on young men.

Or perhaps not, Ephron suggests: The best treatment of “The Fountainhead” may be to refuse to take it seriously. After re-reading it prior to penning her article, she writes, “while I still have a great affection for it and recommend it to anyone taking a plane trip, I am forced to conclude that it is better read when one is young enough to miss the point. Otherwise, one cannot help thinking it is a very silly book.”