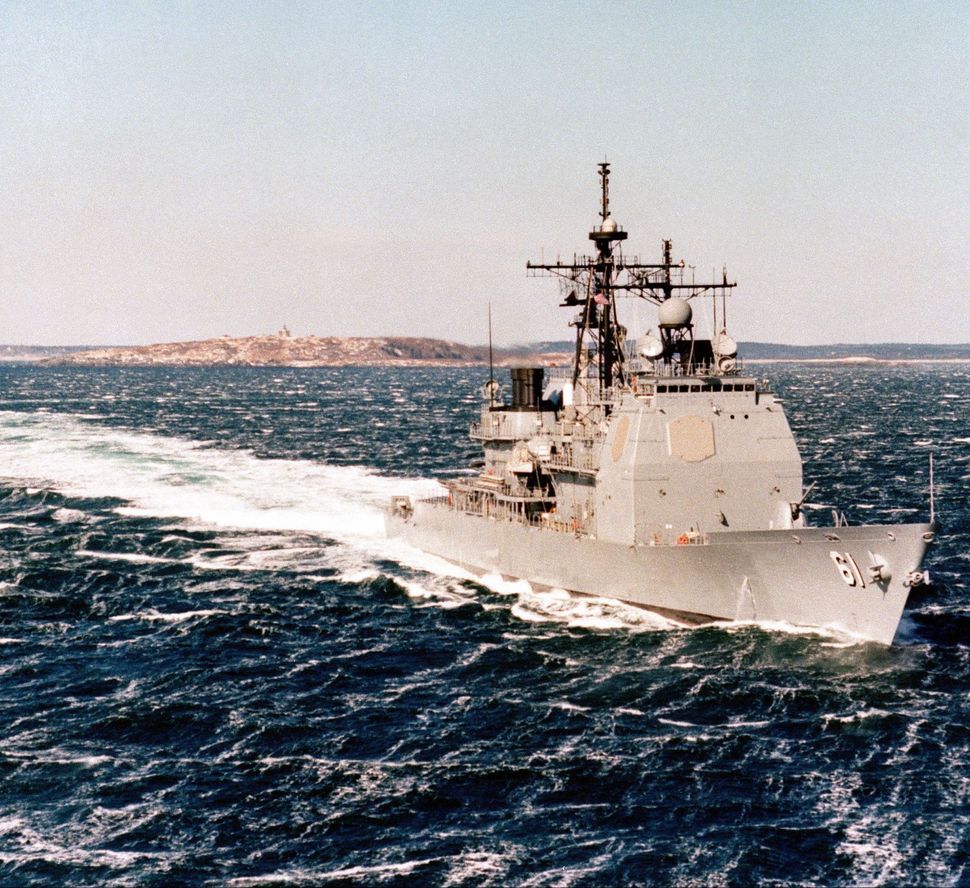 The guided missile cruiser Monterey on February 20, 1990. Image by National Museum of the U.S. Navy/Wikimeda Commons

The Russian-Jewish novelist Ayn Rand’s books are many things: A surprisingly formative force in modern conservatism, the subject of the hilarious scorn of Nora Ephron, something your high school boyfriend felt, like, really passionate about, alarmingly attractive to Rand Paul and unconscionably long.

Well, at least by one captain. As The New York Times reports, the Navy is undergoing a shift in age-old disciplinary practice; the punishments that captains are permitted to mete out to sailors while at sea will no longer include the option of restricting a sailors’ diet to just bread and water.

That tactic has attracted criticism for being inhumane. When prescribed, sailors spend three days in the brig — a shift imposed in 1951, before which the allowed duration had = been reduced from 30 days to seven — with just bread and water and the religious texts of their choice. While bread and water has been outlawed in the United Kingdom, from whom the U.S. adopted many naval practices, since 1891, American proponents of the measure cite it as being practically preferable to alternatives like docking pay or demotion.

To avoid those punishments and their equally unattractive ilk, Captain Scott Tait told The Times he’s begun assigning book reports as punishments. And Rand — most famously the author of “Atlas Shrugged” and “The Fountainhead” — is one of his chosen subjects.

“Some people need to think about character and the consequences of their actions,” Tait told The Times. “But I don’t want it to impact their permanent record, which could hurt their chances of promotion down the line.”

What could sinning sailors learn about character from Rand? It depends on whether or not they take her seriously. If so, they will perhaps get the wrong message; the point of “The Fountainhead,” as Ephron summarized it, is that “the welfare of society must always be subordinate to individual self-interest.” Disciplinary? Not quite. On the other hand, by refusing to take Rand seriously, one comes away with something like the opposite conclusion — presumably, just what the captain ordered.

But if said captain heeds Ephron’s advice, he’ll save the Randian punishment for those not yet mature enough to be enamored by Rand’s ideology. As Ephron wrote, “The Fountainhead” is very suitable as a distraction. But as for its ideas, “it is better read when one is young enough to miss the point.”