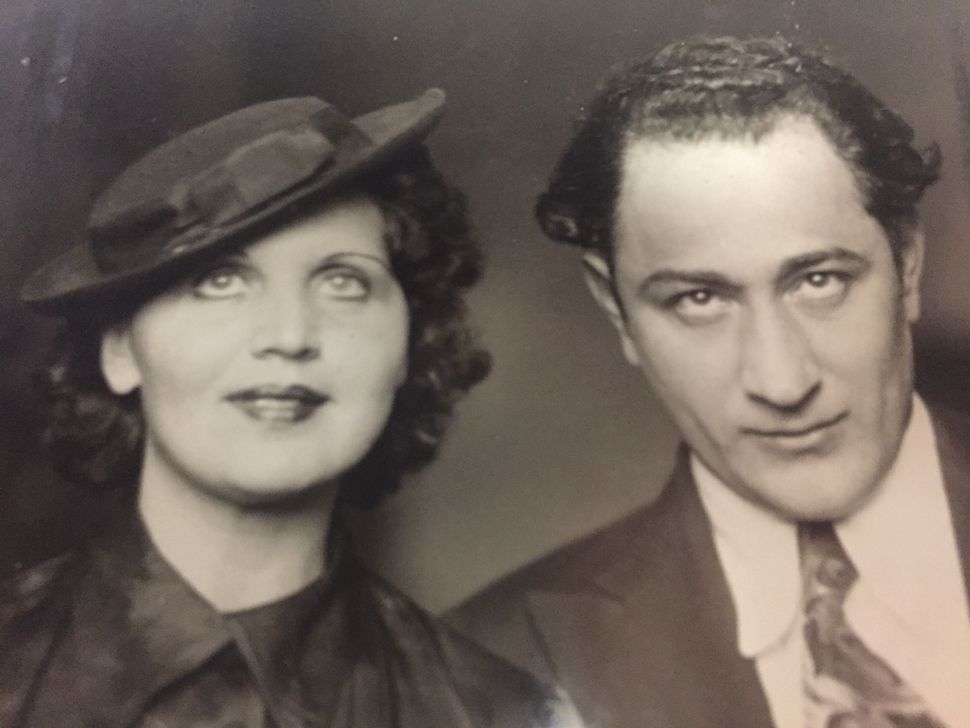 With immigration from Europe largely cut off in 1924 and visits to the old country prohibitively expensive for most, a wave of nostalgia for Eastern Europe spread among Yiddish-speaking Jews in the United States in the 1920s and 1930s. One result of this longing was the creation of dozens, if not hundreds, of songs about various cities and towns across Eastern Europe.

So many of these songs were written that, as I learned recently, Mogilev-Podolsk, the small town in Ukraine where my family’s orchestra dominated the local music scene for two centuries, has its own song dedicated to it. I mention the obscure ode to Mogilev-Podolsk not just to rep my ancestral hometown but also to illustrate a broader point. Although “My Little Town of Belz” wasn’t the first such nostalgia song, it quickly became the best known and most beloved. With the notable exception of a song that I’ll mention below, few today remember any of the other Yiddish songs in the same genre.

These nostalgia songs took on a profoundly more somber tone after the Jewish communities of the towns they mentioned were murdered in the Holocaust. As a child I thought that “My Little Town of Belz” was a Holocaust-era song because I first heard it sung by a woman who had learned it in Auschwitz. Although popular in ghettos and concentration camps, the song itself had nothing to do with the Holocaust. It was just a well-known nostalgic song that Jewish inmates had taught one another.

The fact that so many Eastern-European Jews knew “My Little Town of Belz” would seem to suggest that it had been written in Europe long before the Holocaust. In fact, the song had its world premiere in the United States in 1937. Written by Alexander Olshanetsky and Jacob Jacobs for the Moishe Oysher vehicle “Dem Khazns Zindl” (“The Cantor’s Son”), the song became a hit everywhere the film was screened, including in Eastern Europe, where it entered the repertoire of both folksingers and cabaret stars. “The Cantor’s Son,” described by film critic J. Hoberman as the “anti-‘Jazz Singer,’” features Oysher as a Polish Jew who runs away to New York, where he becomes a star in the city’s Yiddish theater scene before returning to his hometown and marrying his childhood sweetheart. Oysher’s co-star in the film is his first wife, actress Florence Weiss.

While the song’s origins are clear, one question continues to surround it: Which Belz did Olshanetsky and Jacobs have in mind? To most Jews today, Belz refers to the Western Ukrainian town, after which the Belz Hasidim are named. The song’s title, “My Little Town of Belz,” would seem to imply that this Belz could fit the bill; Belz, Ukraine was always small, and today has only around 2,000 residents.

The song was, however, written about a different Belz, the city of Bălţi, Moldova. Bălţi, unlike its Ukrainian counterpart, was not a small town but a large city. It is only referred to as a “little town” because of a quirk of Yiddish grammar. Yiddish speakers, like speakers of Spanish and many other European languages, use diminutive endings not only to refer to physical size but also as an expression of endearment. Hence, the shtot (city) of Bălţi is being referred to as a shtetele (little town) not because it is small but because the song’s lyricist is expressing affection for it. The same grammatical feature also occurs in the title of the movie that made “My Little Town of Belz” famous. The parents of the titular cantor’s son call him zindl, a diminutive of the word zun, meaning “son,” not because he is little or young, but because he is the apple of their eyes.

Olshanetsky composed another well-known nostalgia song about the city of Vilna. Although “Vilna, City of Spirit and Innocence” is written in the past tense, that was only because the lyricist was implying that its immigrant narrator would never see his hometown again. When the song was written, Vilna was still a thriving center of Jewish life. Tragically, less than 10 years after the song was penned, the vast majority of Vilna’s Jews would be murdered. It is now sung frequently at Holocaust commemorations in honor of the famed “Jerusalem of Lithuania.”