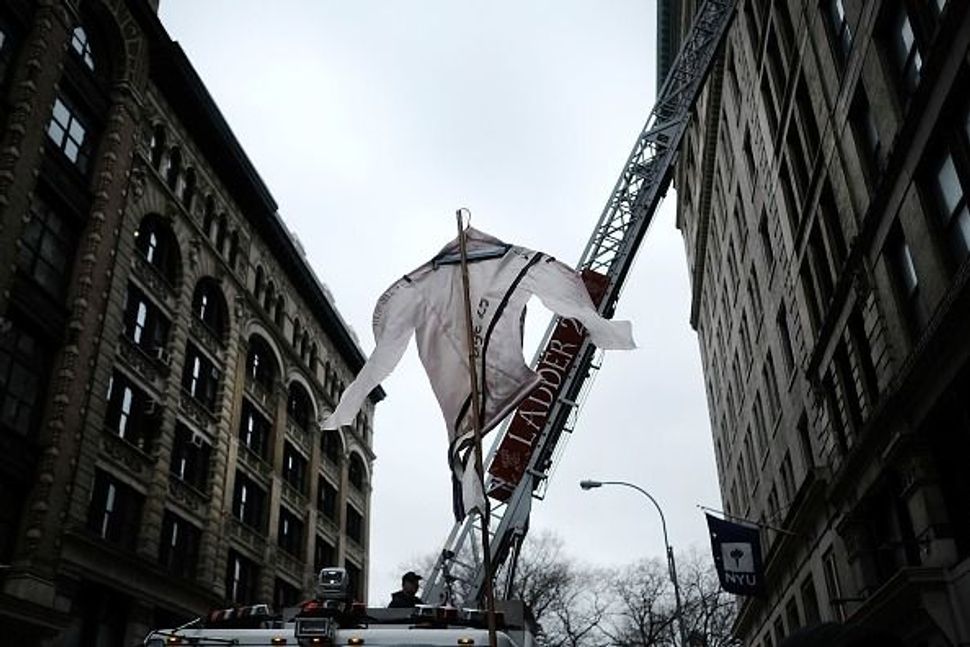 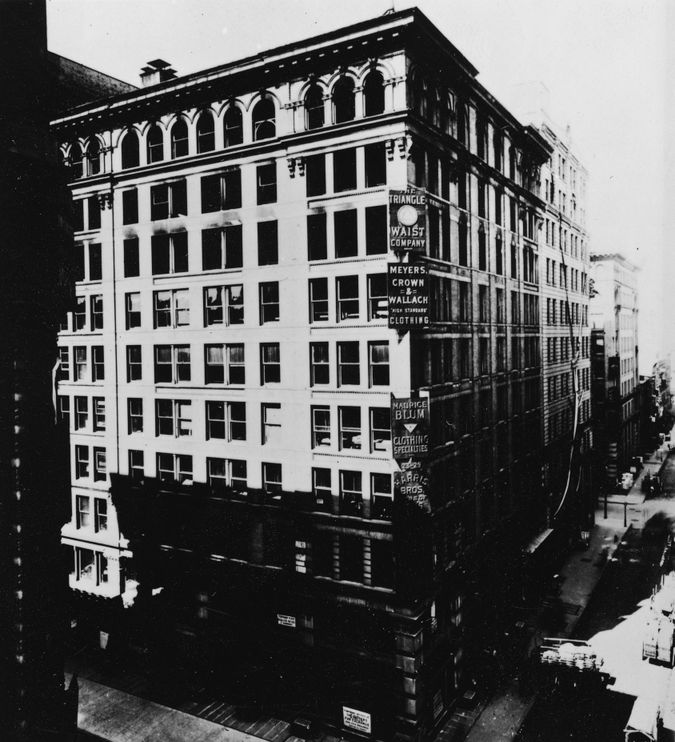 Exterior of the Asch Building, site of the 1911 Triangle Shirtwaist Fire. Image by Getty Images

The industrial tragedy is remembered as one of the worst in American history. In the early 20th century, thousands of immigrants arrived at Ellis Island, and many found work in the thriving industrial scene. The Triangle Shirtwaist Factory, one of about 450 factories in Manhattan, took up the top three floors of the Asch building, in Greenwich Village, according to History.com. It was a sweatshop — the workers, many of them Jewish and Italian women, churned out shirtwaists (button-down blouses) in close-quarters for 12 hours each day for $15 a week. 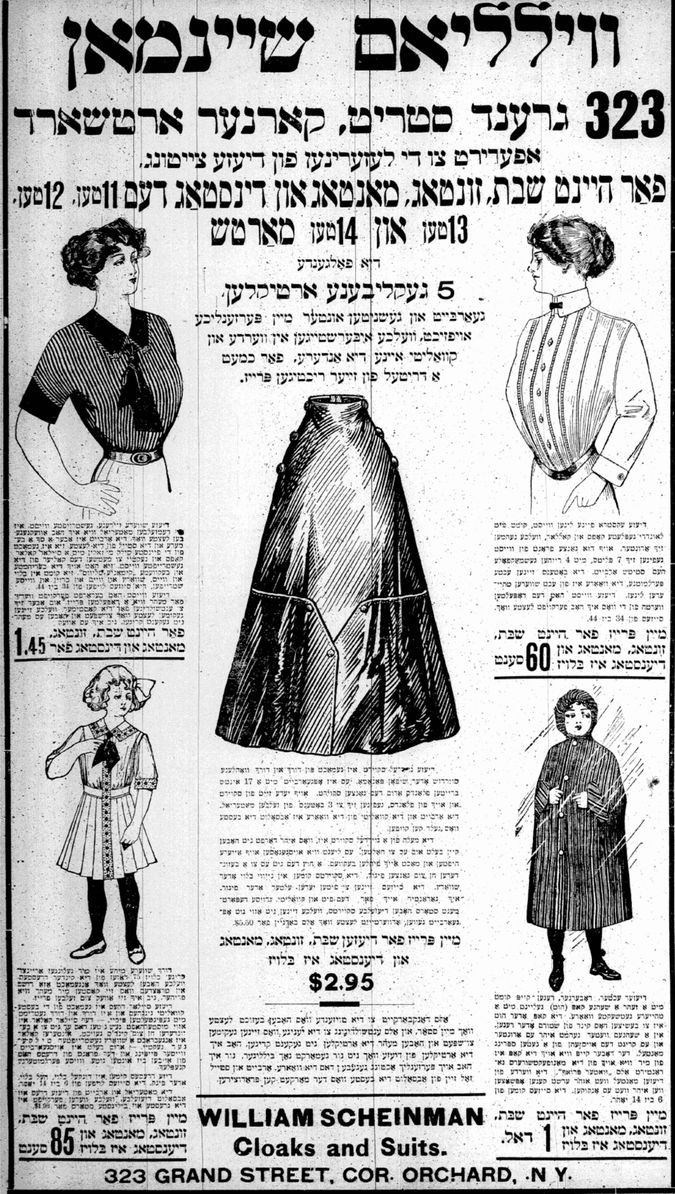 They were sewing when the fire broke out. History.com revealed the issues and hazards that made surviving nearly impossible: The fire hose was corroded, and there was no sprinkler system; the elevator, able to hold just 12 people, could make only four trips before it broke down; and while there were two stairways leading to the street, the doors were locked. The fire escape was too narrow for everyone, about 600 workers, to quickly file out. Some jumped down the elevator shaft and others out the windows. Many others were burned alive.

The fire brought attention to the dangerous conditions of such factories and eventually led to workplace regulations designed with worker safety in mind.

Vintage shirtwaist ad in the Forward Image by Forward Archives

The Triangle Shirtwaist Fire is widely remembered and memorialized. Leading up to its 108th anniversary, the Triangle Shirtwaist Fire Coalition asked the public to contribute to an art installation in memory of the tragedy. Earlier in the year, Forward archivist Chana Pollack participated in a discussion about the impact of the fire using archival materials from the publication’s coverage of the fire and its aftermath. That was leading up to “Fire in My Mouth,” a composition that premiered in January at the New York Philharmonic. It was a musical and visual retelling of the fire – as well as social commentary on how immigrants are viewed in our country today. 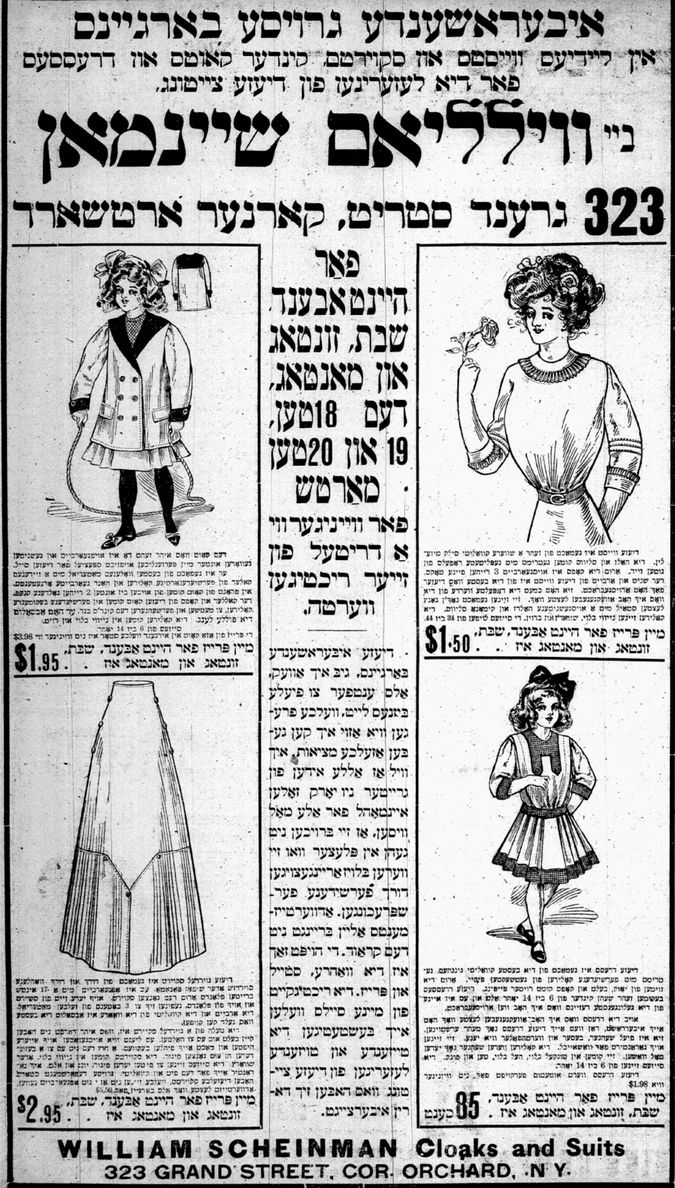 Vintage shirtwaist ad in the Forward Image by Forward Archives