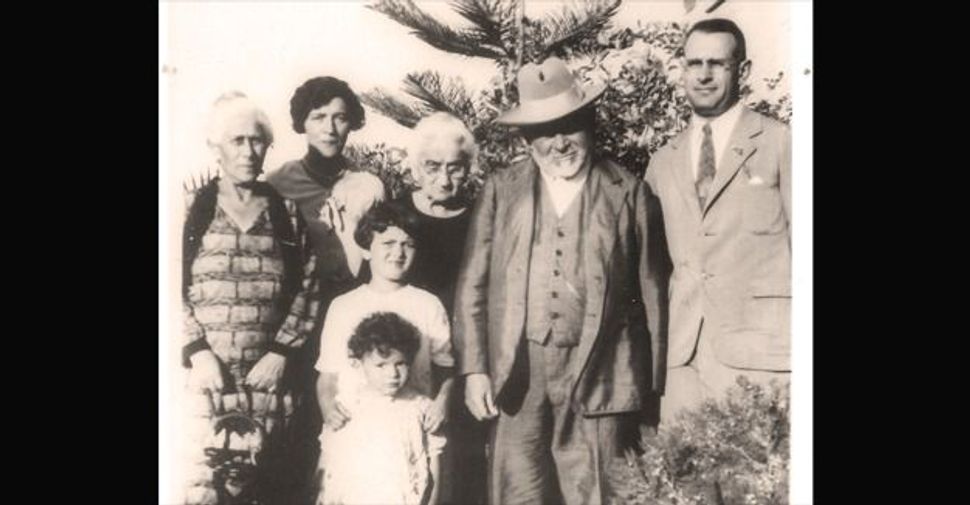 Nechama Winer at the age of 3 (front) with her family during a visit to Palestine in 1928, two years before the family made Aliyah from Chicago. On the right: Nechama’s father Moshe Dov Levin and her grandfather, Zvi Yaakov (Hirsh) Levin. From left: Nechama’s mother Rachel Levin and grandmother Ite-Malke (Zvi Yaakov’s wife). Image by Courtesy of the Winer Family

About 100 years ago my great-grandfather, Zvi Yaakov (Hirsh) Levin, who had immigrated to America with his family from Shat, Lithuania, decided to sell his share in the family business in Chicago and emigrate to Mandatory Palestine with his wife, children and grandchildren.

His longing to live in Palestine was not new. His mother had gone there in 1907 in order to spend her final years in Jerusalem and to be buried on the Mount of Olives.

The year was 1922. Although my great-grandfather was 65 years old, he started his new life in Mandatory Palestine with youthful energy. He built a grand house in the young city of Tel Aviv for the entire extended family. When asked why he was building a house so far out in the sand dunes, he answered: “One day, this will be the center of the city.” 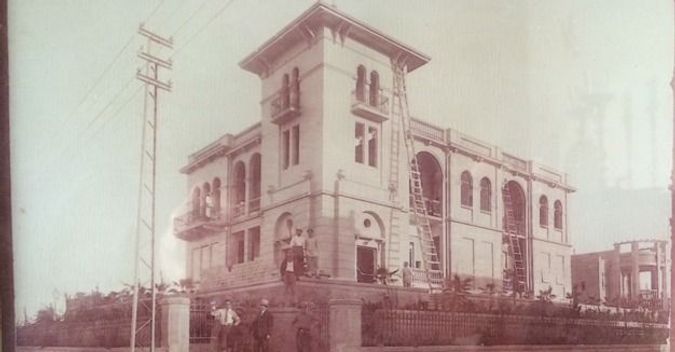 Building the villa in 1922 Image by Courtesy of Winer Family

So it is today.

My great-grandfather didn’t just build a house; he spent years helping to build a future land for the Jewish people. He planted an orange grove in Rehovot, helped purchase land for Jewish people, established a modern religious girls’ school called Beit Sefer Levanot Talpiyot and contributed to the poor.

His villa, known today as Beit Levin, is located at 46 Rothschild Boulevard and considered one of the city’s most beautiful buildings. It has had several owners over the years; after the establishment of the state of Israel, it was even occupied by the Soviet Embassy for a while. Eventually it was declared a historic building to be preserved and underwent a restoration.

My mother, Nechama, is at 93 years old my only remaining relative to have lived in the villa. In her childhood diary, she wrote that her years in Mandatory Palestine from 1930-1940 were the happiest of her life. She spent all her free time with the Tzofim (Scouts) youth movement.

But she also recalls several painful moments of those years, especially one that occurred upon when she first arrived, an English-speaking five-year old in a Hebrew-speaking environment. On the first day of kindergarten, as the class took a walk in the park, her teacher turned to her with a smile and said: “Bo’ee!” which means “come here!” in Hebrew. My mother didn’t understand and burst into tears, saying: “But I’m not a BOY, I’m a girl!”

Living in such a spacious home, she never invited her friends to come inside. She was too embarrassed about living so comfortably while most of them lived in shacks. Instead, they would stand outside and whistle to her until she came out. 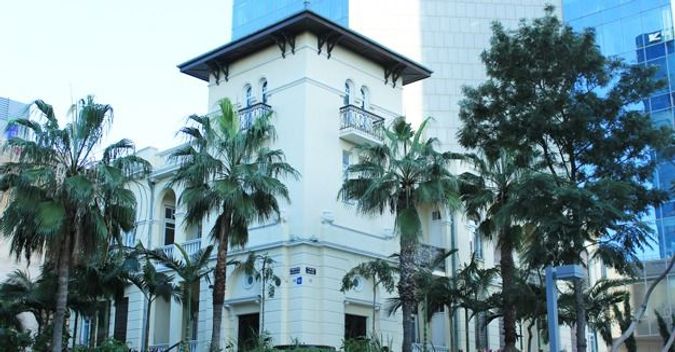 The villa in 2013 Image by Courtesy of Winer Family

In 1935, my great-grandfather, passed away. In 1940, dark days arrived. Italy began a bombing campaign in Mandatory Palestine; on September 9, 1940, bombs dropped on Tel Aviv killed 137 civilians. The Mediterranean port was shut down, making it impossible for my family to export the oranges on which their business relied. Fearing for their lives, my mother’s family fled to America. 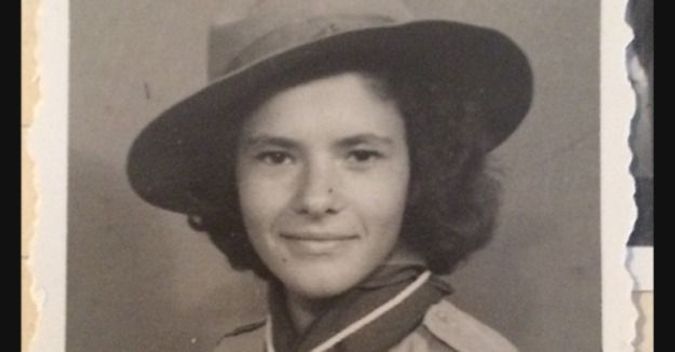 On the day they left Palestine, my mother wrote in her diary, in Hebrew: “The dreaded day has arrived, the day on which I left Eretz Yisrael — the land where I was educated, where I rejoiced with my friends and lived a life of freedom and happiness. I shed tears, my friends also, and together we wept.”

In America, my met my future father, Gershon Winer z”l, at the Zionist Hebrew-speaking summer camp Massad. My father, who later was ordained as an Orthodox rabbi, was a devoted Zionist, Hebraist and Yiddishist — a rare combination in those days. He and my mother married and raised us in Hebrew, while also teaching us Yiddish and chalutz songs at the Shabbat table as we eagerly waited for an opportunity to move to Israel. (The chalutzim, or pioneers, were early Jewish immigrants to Israel who largely focused on cultivating land for farming.)