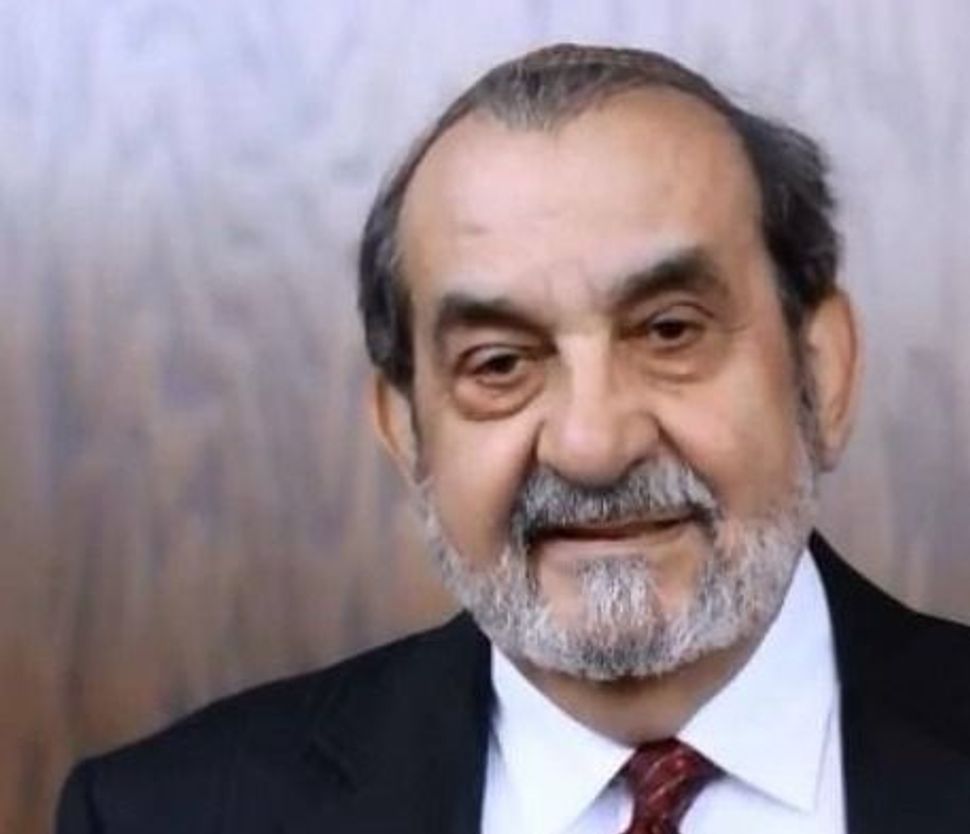 Velvel Pasternak, the publisher, scholar and nonpareil Jewish music historian primarily known for his expertise on the music of Hasidism, has died.

Pasternak was born in Toronto, Canada into a religious family descended from the Modzitz Hasidim. At the age of 16 he was sent to the United States to receive a traditional Orthodox Jewish education at Marsha Stern Talmudic Academy and later at Yeshiva University, where he was a member of the class of 1955.

A naturally talented singer and musician, Pasternak veered away from studying for rabbinic ordination, or shmikhe, and turned his focus to music. He advanced his piano studies at the Julliard School and completed a study in Music Education at Columbia University, where he both received his degree and met and married his wife, Goldie.

In the early 1960s Pasternak was hired to orchestrate a number of ground breaking records dedicated to under-recorded Hasidic music. Those records would become foundational representations of Hasidic music in America with Pasternak, as that music’s most eloquent and passionate representative.

Seeing a dearth of available books of grassroots Jewish music, as well growth in more traditional Jewish communities for whom traditional Jewish life cycle music was important, Pasternak founded Tara Publications in 1971. His goal was to fill a need in the Jewish community for cultural literacy about Jewish music; Tara eventually published over 150 books, which have helped the sometimes fragile field of Jewish music achieve a rebirth. Pasternak’s endless curiosity about Jewish music — especially music with which he did not grow up — guided him to publish, in many cases, the first books of rare and unusual Jewish music, now part of the repertoire of musicians around the world.

Pasternak’s Jewish music empire operated from the crowded, cozy basement, lovingly called “The Dungeon,” of his modest home in Cedarhurst, Long Island, where he, his wife and their children ran their “Mom and Pop” operation for decades.

Though Pasternak turned his back on the rabbinate, he served in his life as another kind of Jewish teacher, becoming a sought-after lecturer. Hi erudite, often sardonic and witty speaking style endeared him to generations who saw his easygoing sense of Jewish cultural ownership as indicative of his love for the music of his community. His goal was to make cultural literacy of this music a Jewish birthright.

Pasternak is survived by his wife Goldie, his children Shira, Naava, Gedalia, Mayer and Atara; his sister, Shirley Halberstam; and 22 grandchildren.

Pasternak was endlessly accessible, opinionated, smart and funny, with an uncompromising belief in the power of traditional music and a dedication to the cultural uplift of his community. There is no one playing Jewish music today who does not in some way owe a tremendous debt of gratitude to Velvel Pasternak, of Blessed Memory.