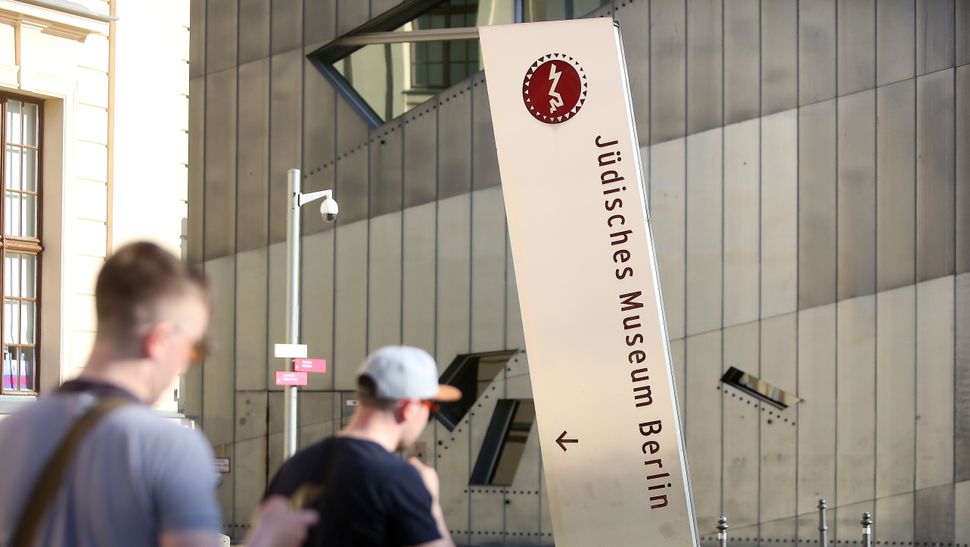 Days after the resignation of Peter Schäfer from his role as director of Berlin’s Jewish Museum, nearly 500 scholars from around the world voiced support of his leadership and admiration for his contributions to the field of Jewish studies.

Schäfer resigned on June 14 following backlash over a tweet, sent from the Museum’s Twitter account, that critics believed expressed support for the Boycott, Divestment and Sanctions movement.

The tweet in question linked to an article about a June 3 letter signed by 240 Jews and Israelis and delivered to the German government in response to a May 17 resolution in which the German parliament declared the BDS movement anti-Semitic. The letter, signed both by those who support and oppose BDS, claimed that the resolution “does not assist” the fight against anti-Semitism but in fact “undermines” it.

The head of the Central Council of Jews in Germany, Josef Schuster, was among the most outspoken critics of the museum’s tweet. In a statement posted to Twitter, he said “The Jewish Museum appears to be completely out of control” and questioned whether the museum should continue to call itself Jewish.

Schäfer, who was named director of the Jewish Museum in 2014, wrote in his resignation letter that he reached his decision to “prevent further damage to the museum.”

In response, Dartmouth professors Susannah Heschel and Shaul Magid and NYU professor Annette Yoshiko Reed posted an open letter of support for Schäfer in a Google doc. The letter currently has 428 signatories from over 150 institutions based in the United States, Israel, Europe, Asia and South America.

The letter states that Schäfer is the victim of “false accusations” and credits the former director with having made “an extremely important contribution to the revival of Jewish life in Germany in the postwar decades and to the fight against antisemitism [sic].”

“We are scholars of the Talmud and Ancient Judaism who hold diverse and even opposing opinions regarding the BDS movement,” the letter said. “But we are united in our profound admiration for Prof. Schäfer as a scholar, academic leader, and public intellectual… For those of us who know Prof. Schäfer and his work, it is shocking to hear the claim that he is not committed to Jewish causes and the fight against antisemitism [sic].”

Prior to his resignation, Schäfer had been the subject of controversy for giving an Iranian culture minister a personal tour of the museum in 2018 during an exhibit on Iranian Jews. He was also criticized for a 2018 exhibition on Jerusalem, which came under fire in a widely-read anonymous letter that claimed the show had an anti-Israeli bias. The letter attracted the support of the Israeli government.

Speaking to The Daily Beast, Reed, a former student of Schäfer’s, questioned whether alleged support of BDS was the true reason for the anger directed at him.

“This is not a debate about BDS as much as the use of discomfort surrounding BDS among some Jews to try to paint their critics as anti-Israel,” Reed said.

Reed’s open letter called Schäfer “an ambassador of Judaism to the entire world,” and concluded with a call for public apology “from those who have spread lies about him.”