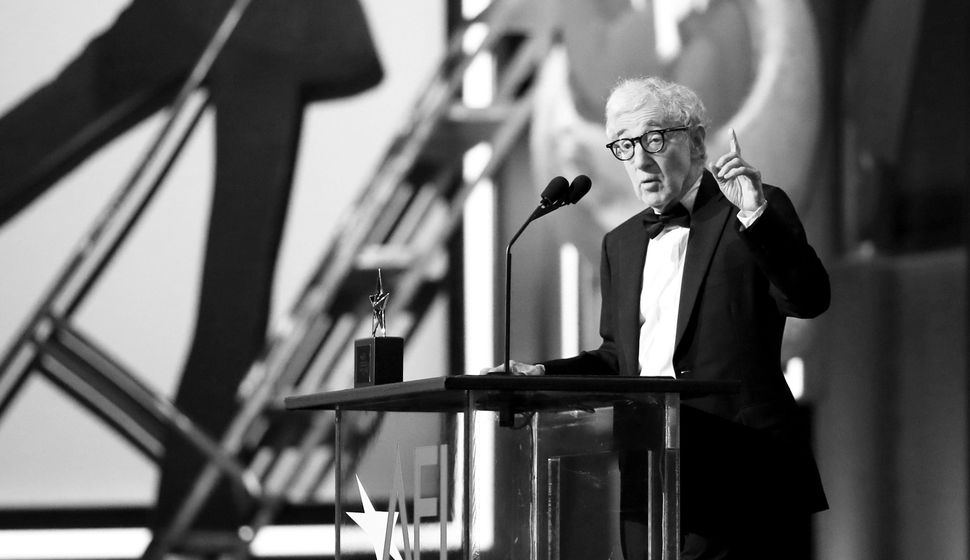 Woody Allen had a night at the opera on July 2, premiering his production of Giacomo Puccini’s “Gianni Schicchi” at Milan’s famed La Scala opera house.

“I didn’t know if I had any ability to do this sort of thing,” Allen told the Associated Press of his first go at directing opera. “I had done cinema and not even that much stage work. I found it to be a very enjoyable experience.”

Allen said that it took the urging of Spanish tenor Placido Domingo to come around to the idea.

“Gianni Schicchi” is a comedic one-act based on a portion of Dante’s “Divine Comedy.” Schicchi was a real-life Italian knight who, in Dante’s allegory, is condemned to hell for impersonating a dead man with the aim of altering the deceased’s will.

For the production, Allen said he drew inspiration from Italian neo-realist directors. Allen previously paid homage to Italian film in 1980’s “Stardust Memories” and to Italian literature in 2012’s “To Rome with Love,” which was based in part on the 14th century story collection known as the “Decameron.” The filmmaker joked that initial concepts to make the main character of Schicchi a rat among mice or a cigarette among organic produce were rejected.

“I have a weakness for people who live on the margins of society and slightly outside of the law, so have I have great affection for Gianni Schicchi,” Allen said. “I would not put him in hell at the end of the movie. I would retire him with a good pension and let him go off and lead a very happy life in the country.”

The filmmaker’s last completed film, “A Rainy Day in New York,” was shelved by Amazon Studios. The studio also did away with Allen’s four-picture deal over his comments in the wake of #MeToo and resurfaced allegations from his daughter Dylan Farrow that Allen molested her. Allen vigorously denies the allegations and sued Amazon for breach of contract.

“A Rainy Day in New York” is still planned for a European release and Allen is scheduled to begin shooting his 51st film in Spain later in the month.