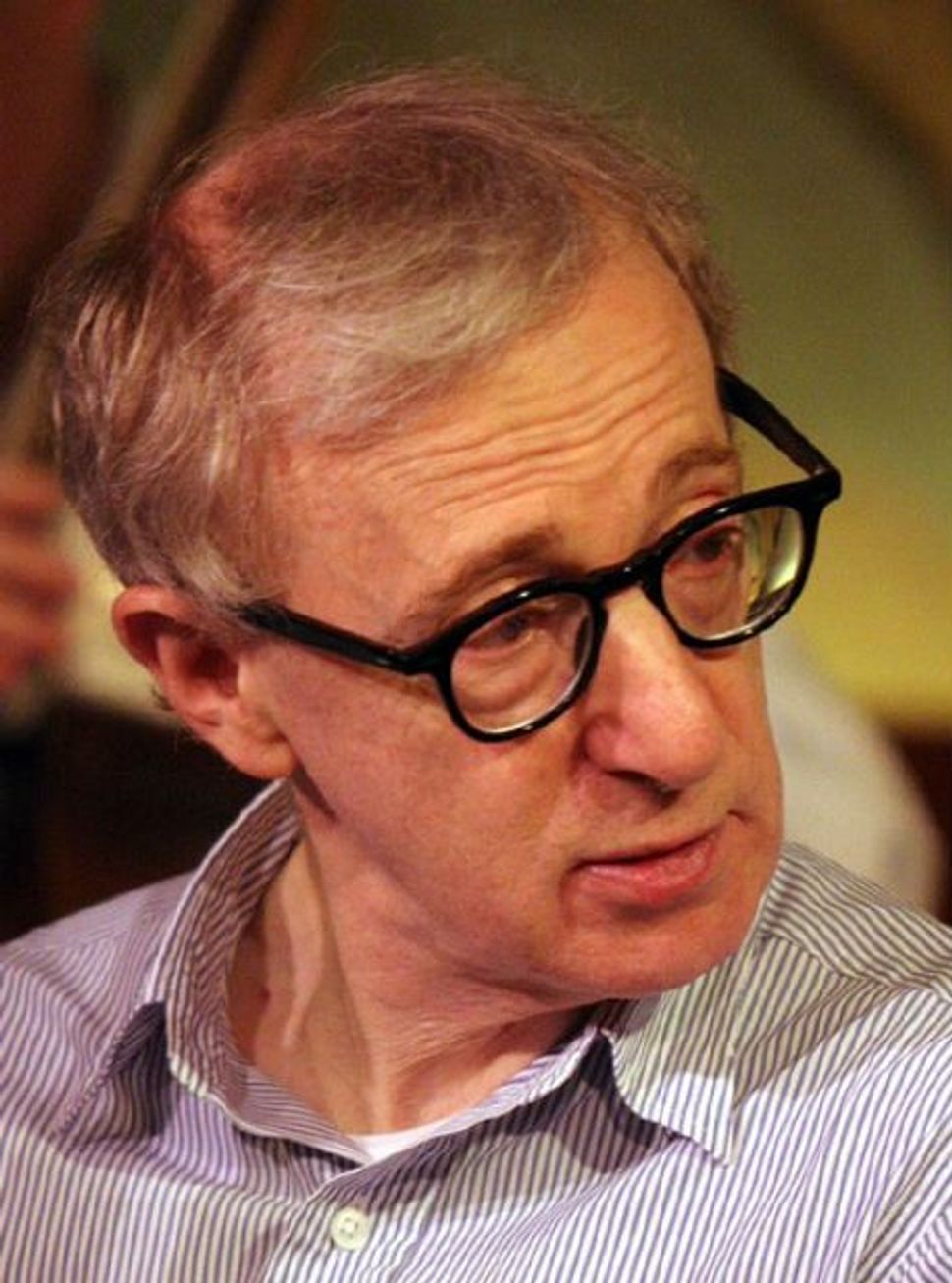 Woody Allen’s new movie “To Rome With Love” is a montage of stories on the titillating streets of the eternal city. Allen (who hadn’t appeared in any of his films since 2006) plays Jerry, a restless, retired opera director whose world collides with Giancarlo, played to hilarity by Italy’s renowned tenor Fabio Armiliato. Roberto Benigni is Leopoldo, a Joe Schmoe suddenly and inexplicably stalked by paparazzi. Alec Baldwin is a scene-stealer as John, a famous-yet-embittered architect on vacation doling out hard-won romantic advice to Jack (Jesse Eisenberg) who gets tangled up with Monica (Ellen Page) while he’s already living with Sally (Greta Gerwig). Penélope Cruz is smokin’ as an Italian hooker in a red-hot dress.

The Arty Semite caught up with Woody Allen to ask him about acting, editing and the stupid questions he gets from the press.

Dorri Olds: There are funny scenes in “To Rome With Love” about idiotic questions from the press. What are the worst questions you’ve been asked?

Woody Allen: I don’t think we have enough time to answer that. When I walk through those red carpet things, I’ve been asked, “Is Penelope Cruz your new muse?” If I make one picture with somebody they assume that I have a muse, that I want a muse, and that person wants to be my muse. There are millions of questions that are really stupid.

What is it about Rome that appealed to you?

Rome is a provocative city to shoot in. It’s visually arresting and there’s a great Italian film tradition. Certain things in the Italian sensibility make you want to tell stories.

When the actors spoke Italian how did you know they were saying what you wanted?

I don’t speak any Italian myself, or Spanish, but I made a film in Spain and there was some smattering of French in the French film but you don’t have to know the language. You can understand an actor. Good actors are convincing, their body language and everything else is just correct. It’s not hard to direct somebody in another language.

Can you describe your editing process?

You start off with very great ambitions. You want to make “Citizen Kane.” Then you shoot the film and when you get into the editing room you realize you’ve screwed up so irredeemably that you just edit the film in any configuration to avoid embarrassment. The editing process becomes the floundering of a drowning man. It’s not simply that you go in there and edit a theme like it’s Potemkin or something. It doesn’t work that way. I’m just in there selling out left and right giving up the last ounce of integrity in order to survive.

What made you decide to return to acting in this film?

I always like to act and when I write a script I look at it and if there’s a part I can play, I play it. In the last half a dozen scripts I’ve written, there hasn’t really been anything I felt I could do. This script, I looked at it and I could do it.

Why was “Midnight in Paris” such an enormous success?

It was my biggest financial success. I try to create a good picture each time and either I make it or I don’t. It was a happy accident. It’s capricious for the filmmaker so I have no idea, but no matter where it was — Sweden, Japan — it was the best attendance I’ve ever had on a picture. A complete mystery to me.

Why did you shoot abroad again? Have you tired of using New York?

It’s because of where the money comes from. I have trouble getting funded. After every picture it’s a scramble. I make movies for very little money but still have trouble raising that little bit. In other places — Europe, Asia, South America — people call and say, “If you make a picture here, we’ll pay for it.” That’s how it started with “Match Point” then Barcelona, France and Italy called. Countries asked if I’d make the picture there and I can’t afford not to.

You’re incredibly prolific. How do you keep up the pace?

It’s not as grueling as you may think. In the course of a year you make a film and see what’s happening. You read stories. I make notes — pencil it down and throw it in a drawer. At the end of the year, when I look, many are meaningless. But once in a while I’ll pull out a scrap and it’ll say something like “A man who could only sing in the shower,” and it’ll occur to me that there’s something there for a story and I write it. If I don’t have anything, I’m good at forcing the issue because I used to be a live television writer years ago. We’d come in on Monday morning and there’d be a show on Saturday night and you couldn’t wait for your muse to visit you. You had to sit there and come up with something. So, I can do that if I have to, but I don’t like to. It’s painful. I can come up with stories though — it is just an accident of birth.