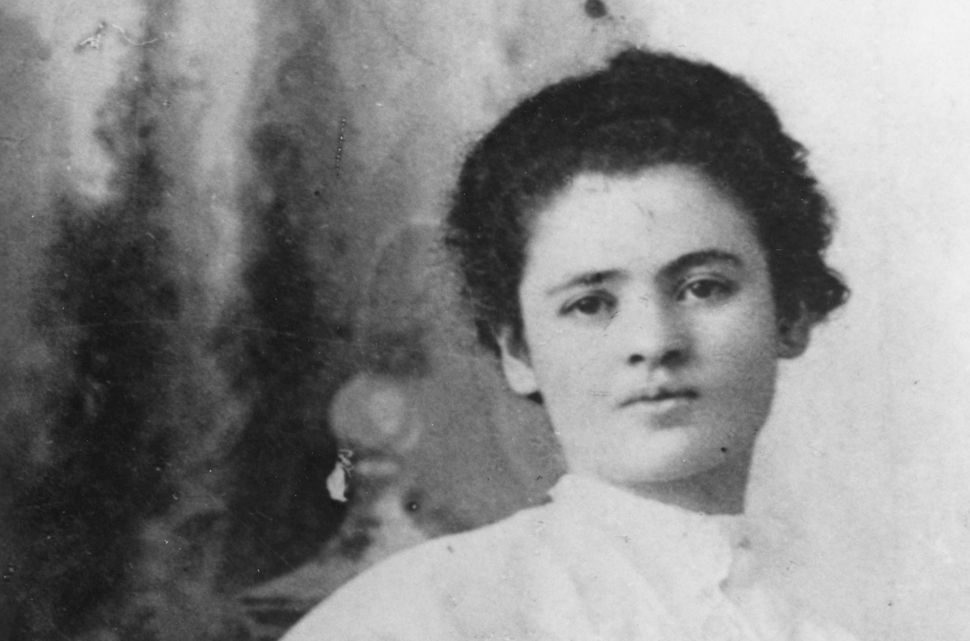 July 12, 2019, marks the 37th anniversary of Clara Lemlich’s death. While Lemlich may not be a household name, her and her team of “farbrente Yidishe meydlekh,” or “fiery Jewish girls,” had a profound impact on the early 20th-century social movements of New York’s Lower East Side.

Lemlich, a labor activist, suffragette and affordable housing advocate, was born in Ukraine in 1886. She moved to the United States with her family at age 16, following the 1903 Kishinev pogrom, and upon her arrival in New York, found work in a Lower East Side garment shop like many of her immigrant peers. There, she experienced squalid conditions, low wages, long hours and gender inequality in the form of sexual harassment and lower pay than her male counterparts.

In the garment shop, disparities existed not only between immigrants and citizens, but also within immigrant communities, where workers were divided by skill, sex and ethnicity. The labor unions that represented workers reflected the sexism of the shop floor. In 1909, the majority of leadership positions in the Shirtwaist Makers Union were held by men, who claimed to represent the workers of a trade whose demographic makeup was 80 percent female.

By November 1909, Lemlich had become a dedicated labor rights activist, protesting exploitative conditions in factories and challenging chauvinism in unions in the process. In her pursuit of justice, she had been arrested by the police 17 times and been beaten by police and company guards, who broke six of her ribs. Her ideas were also ahead of their time: she spoke often about the link between the personal and the political, an idea that wouldn’t become mainstream until the Second-wave feminism of the 1960s. She also advocated for grass-roots resistance tactics, such as consumer boycotts, that are still popular today.

On November 22, 1909, at a mass meeting held at Cooper Union, Lemlich cemented her role as a leader of the labor movement. Frustrated by what she heard from the men onstage, who spoke of solidarity and resistance in abstract terms, she sought a more pragmatic call to action. After listening for several hours, Lemlich made her way onstage, crying out in Yiddish: “I have listened to all the speakers, and I have no further patience for talk. I am one who feels and suffers from the things pictured. I move we go on strike.” The audience rose to their feet, enthusiastically cheering, and voted to move to a general strike.

The next morning, over 15,000 of New York’s shirtwaist makers walked out of their factories, demanding a 20 percent pay raise, a reduction in working hours to 52 hours per week and additional pay for overtime hours. The strike eventually grew to include over 20,000 workers, giving rise to the name “The Uprising of the 20,000”. While small and medium-size factories accepted strikers’ demands relatively quickly, larger factories were much more resistant. The strike lasted roughly 3 months, during which activists picketed the holdout factories, braving the risk of being arrested, fined, and brutalized by the police. The strike withstood often unfavorable press; a December 1909 headline in The New York Times read “THE SHIRTWAIST STRIKE: Its Merits Are Obscured by the Notoriety Seekers.”

In February 1910, the strike concluded. The majority of factories had settled with the striking workers, who obtained a raise in pay and a reduction in working hours, a major victory. The strike had also turned the Shirtwaist Makers Union into a major force with large-scale organizing capacities. Before the strike it represented only a few hundred members; afterward, its members numbered over 20,000.

(Despite these successes, many workers, such as those at the Triangle Shirtwaist Company, went back to work without a union agreement. Just over a year later, on March 25, 1911, a fire at the Triangle factory killed 146 garment workers, most of them young Jewish and Italian women.)

After the strike, Lemlich was blacklisted from New York garment shops, but her time as a political trailblazer was only just beginning. In March 1911, Lemlich helped found the working-class suffrage group Wage Earners League for a Woman Suffrage. Though a passionate community organizer, she was deemed too radical by the more moderate mainstream suffragette movement and eventually fired from her position. In 1926, she co-founded and later presided over the United Council of Working-Class Women, which in 1935 became the Progressive Women’s Councils, an organization that worked to alleviate the effects of the Great Depression in working class communities by fighting against price hikes on staple goods and for affordable housing options. While Lemlich’s work was focused in New York, the movement she led soon spread across the country.

Lemlich married the printer Joe Shavelson in 1913 and moved to Brownsville, Brooklyn, where they had three children. After Shalveson passed away in 1951, Lemlich married the labor activist Abe Goldman in 1960. He passed away seven years later. At age 81, Lemlich moved into the Jewish Home for the Aged in Los Angeles, where she spent the remainder of her life. The spark of this “fiery Jewish girl” remained ablaze as ever: she helped the workers of the Jewish Home to successfully unionize.

Lemlich passed away at the home on July 12, 1982, at the age of 96. Today, on her yahrzeit, we pay tribute to a life of activism, chutzpah and the relentless pursuit of justice.