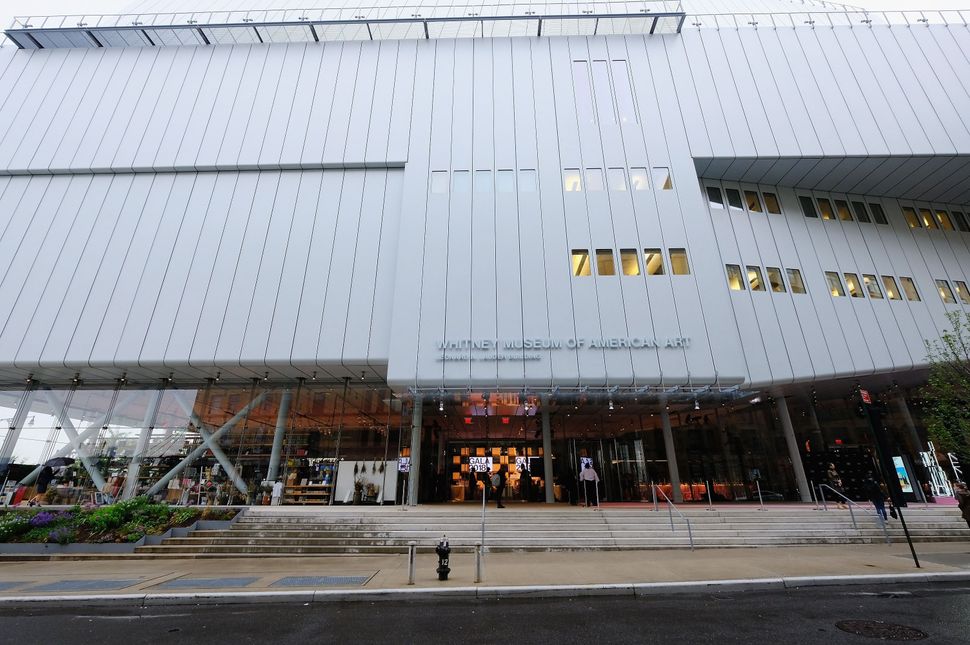 Update, July 22, 12:17 p.m.: This version of the story includes news of additional withdrawals and new research suggesting one of Kanders’s businesses may have provided bullets used by the IDF during the 2018 Gaza protests.

Eight artists have requested the removal of their work from the Whitney Biennial – a historic and often career-making exhibition of contemporary art – citing their objection to military and police hardware entrepreneur Warren B. Kanders’s position as one of the five vice chairs of the Whitney Museum’s board. In their announcements, the artists noted Kanders’s company’s production of ammunition and tear gas believed to be connected to violence on the southern border of the United States and at the Israel-Gaza border.

“We respectfully ask you to withdraw our work from the Whitney Biennial for the remainder of the show,” artists Korakrit Arunanondchai, Meriem Bennani, Nicole Eisenman and Nicholas Galanin wrote in a letter published on Artforum’s website on July 19. “This request is intended as condemnation of Warren Kanders’ continued presence as Vice Chair of the Board. We would appreciate if you presented this letter to the Board to let them know the seriousness of the situation.”

Kanders and his status at the Whitney, which is located in the Meatpacking District of Manhattan, have been subject to scrutiny since a November 2018 report from Hyperallergic. Hyperallergic revealed that Kanders’s company the Safariland Group, of which he is the chief executive, produced tear gas used at U.S.-Mexico border. Hyperallergic previously reported that riot gear made by Safariland was used by police in Ferguson, Oakland and Baltimore in an article identifying Kanders as a Whitney trustee.

In response to this news, over 100 Whitney staffers signed a letter demanding answers from their employers.

Kanders responded with a letter of his own to the Whitney Board of Trustees.

“The staff letter implies that I am responsible for the decision to use these products. I am not,” Kanders wrote in an open letter. “That is not an abdication of responsibility, it is an acknowledgement of reality. We sell products to government institutions, domestically and internationally, all of which must be certified to purchase and use these products.”

In a letter dated December 18, citing solidarity with the staffers, Jewish Iraqi-American artist Michael Rakowitz withdrew from the Biennial. He was the first artist to do so until the July 19 letter, which appeared on Artforum two days after an essay by Hannah Black, Ciarán Finlayson, and Tobi Haslett lamenting the lack of action by any artist other than Rakowitz.

“[M]any people — reporters, activists, inhabitants of Palestine and Ferguson picking up empty tear gas canisters with their hands and looking for a corporate logo—wanted us to know [about Safariland], and made it possible for us to know,” the essay “The Tear Gas Biennial,” read. “This knowledge should have been enough to drive the artists in this year’s Whitney Biennial to make the most unequivocal gesture of opposition to Warren B. Kanders: withdrawal from the show. There should have been a boycott.”

In their letter to Biennial curators Rujeko Hockley and Jane Panetta, Arunanondchai, Bennani, Eisenman and Galanin expressed their anger over the news, but revealed the difficult timing of their decision, which comes two months after the start of the exhibition. In the lead-up to that opening, a number of activist groups, including Decolonize this Place and the Palestinian youth activist group Within Our Lifetime launched a series of weekly protests against Kanders.

“At the time [they heard the news], we had already accepted your invitation to participate in the Whitney Biennial and some of us were well into fabrication of major pieces for this show,” the letter read. “We found ourselves in a difficult position: withdraw in protest or stay and abide a conflicted conscience. We decided to participate. But the Museum’s continued failure to respond in any meaningful way to growing pressure from artists and activists has made our participation untenable. The Museum’s inertia has turned the screw, and we refuse further complicity with Kanders and his technologies of violence.”

In a statement to Hyperallergic, Rakowitz wrote, “I stand in support of and in solidarity with the difficult decision of the artists, and I express my continued solidarity and gratitude to the activist groups who have tirelessly exerted pressure on the museum and have committed to continued demonstrations to raise visibility of this crisis and refuse to allow it to disappear.”

On the morning of July 20, three more artists requested that their work be withdrawn from the exhibition, Hyperallergic first reported. Eddie Arroyo and Agustina Woodgate told The New York Times through their Miami gallery, Spinello Projects, that “the request is intended as condemnation of Warren Kanders’ continued presence as Vice Chair of the Board and the Museum’s continued failure to respond in any meaningful way to growing pressure from artists and activists.”

“As a mother to a 2-year-old daughter, it terrifies me that my work is currently part of a platform that is now strongly associated with Kanders’ tear-gas-producing company Safariland,” Kim wrote to the curators, according to The New York Times. “I do not want her to grow up in a world where free and peaceful expression is countered with means that have left people injured and dead.”

The latest withdrawal on Saturday was from Forensic Architecture, a London-based research group, which chose a video protesting Kanders’s Safariland Group for its Biennial selection. The 10-minute video, titled “Triple-Chaser” and made with Laura Poitras’s Praxis Films, detailed the tear gas grenade manufactured by Kanders’s company. Forensic Architecture’s request for a removal came with another condition: Replacing “Triple-Chaser” with a statement showing new evidence from an investigation linking another of Kanders’s businesses, Sierra Bullets, of which he is partial owner, to violence against Palestinian protesters.

A researcher at Forensic Architecture, who remained anonymous, informed Hyperallergic that she had found what she believed to be a an un-exploded open-tip bullet from Sierra Bullets in the sand near the Al-Bureji protest camp near the Israel-Gaza border in mid-July. An independent international commission for the United Nations identified IDF response to protesters at that site as a potential war crime. (In April, when Hyperallergic noted what appeared to be “sponge bullets” produced by a Safariland subsidiary in photos of Israeli soldiers at the Gaza border, Forensic Architecture told the publication that munitions company had long been a supplier for the Israeli army.)

Eyal Weizman, the founder and director of Forensic Architecture, told Hyperallergic that this new research, which used the group’s open-source analysis of Sierra Bullets to identify the round, was meant to be released later with an ultimatum requesting Kanders’s ouster from the board. The group decided to withdraw and post the statement in light of the wave of exits from the exhibition.

“We believe there’s a problem in how everybody is focusing on the tear gas,” Weizman said, noting that human rights groups have been trying to recover an ammunition “identifiable specimen” from the Gaza protests of last year for some time.

“After this discovery, what may have started as the Tear Gas Biennial is now the Sierra Bullet Biennial,” Weizman told Hyperallergic. “It’s something the art world may appreciate less, but [human rights] groups have been trying to get these bullets outside of Gaza for some time. We believe that we have something that is going to make a difference.”

In a Friday statement obtained by The Times, Whitney Director Adam D. Weinberg responded to the open letter from the first four defectors of the Biennial.

“The Whitney respects the opinions of all the artists it exhibits and stands by their right to express themselves freely,” the statement said. “While the Whitney is saddened by this decision, we will of course comply with the artists’ request.”