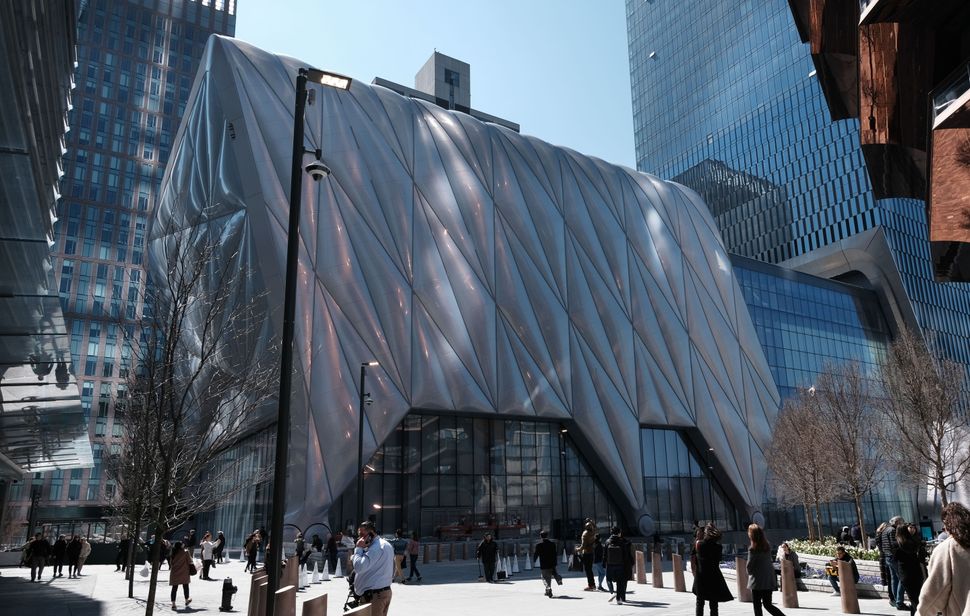 An enclave for the arts near the Hudson River is the latest institution to feel blowback for billionaire businessman Stephen Ross’s support for President Trump.

Artists and fashion brands are protesting The Shed, a recently-opened venue for emerging artists at Hudson Yards, the sprawling, $25 billion riverside development spearheaded by Ross’s real estate firm, Related Companies. The groups are objecting to Ross’s widely-criticized August 9 fundraiser for Trump’s reelection held at the real estate mogul and SoulCycle owner’s home in Southampton. Ross is a board member of The Shed, but the space maintainsthat it is “fully independent” and “does not endorse or take part in fundraising for political candidates, period.”

The first prominent groups to distance themselves from The Shed were the fashion brands Rag & Bone and fashion designer Prabal Gurung, who moved their fashion week shows from the venue. In an August 7 post on Twitter, Gurung said his decision was designed to “question these individuals whose motivation seems to be nothing but $$$ and to also challenge our own integrity and choices that we make everyday.” Rag & Bone announced its own plans to relocate their show on August 15.

The Shed has been hosting a variety of events and exhibitions since opening in April. Among them is its “Open Call” series, a large-scale commission project highlighting New York artists. Two of the artists, Zackary Drucker and A.L. Steiner, who work as a team, pulled their photo collage, “Before/After, 2007/2019” from “Open Call, Group 2” a day after Ross’s fundraiser. A wall label announcing the removal was posted in the artwork’s place.

“At a federal level, especially trans people, who are undocumented, people of color, are being legislated against,” Drucker, who is trans, told the Observer.“We are actively having our rights clawed back, and the institutions we are connected to have a responsibility to advocate for us as cultural producers. If they’re not, then we withdraw our presentation because they’re benefiting from our creative labor.”

Another artist in Open Call, Thanushka Yakupitiyage, decided to stick with the exhibition; her work, an audiovisual installation titled “Migrantscape,” tells immigrant stories in a critique of the Trump administration’s policies. Yakupitiyage closed the installation on August 25 with a DJ set skewering Ross and Trump.

Hyperallergic reports that Yakupitiyage and her dancer collaborator Elsz donned neon yellow t-shirts with the words “Decolonize This Place,” an evident nod to the activist group of the same name. Yakupitiyage performed on a stage decorated with poster-sized white cards reading “$250,000 = One Ticket to Trump Fundraiser,” “Are We Complicit?” and “24 immigrants have died in detention since 2016.” Her hour-long performance was intercut with audio of migrants speaking of their experience crossing over to the U.S., clips of Donald Trump’s border wall speeches and, in a pointed jab at The Shed board member, audio of Ross discussing Hudson Yards.

“Institutions need to think about their moral obligations,” Yakupitiyage wrote in an email to Hyperallergic, going on to say,“As an emerging artist who had this opportunity at The Shed amidst this controversy, I’m thinking a lot about this and my own sense of obligations to my art and my communities…I could not in good conscious ignore [Ross’s connection to Trump], given my work.”