Auschwitz Exhibit To Extend Run At Museum Of Jewish Heritage 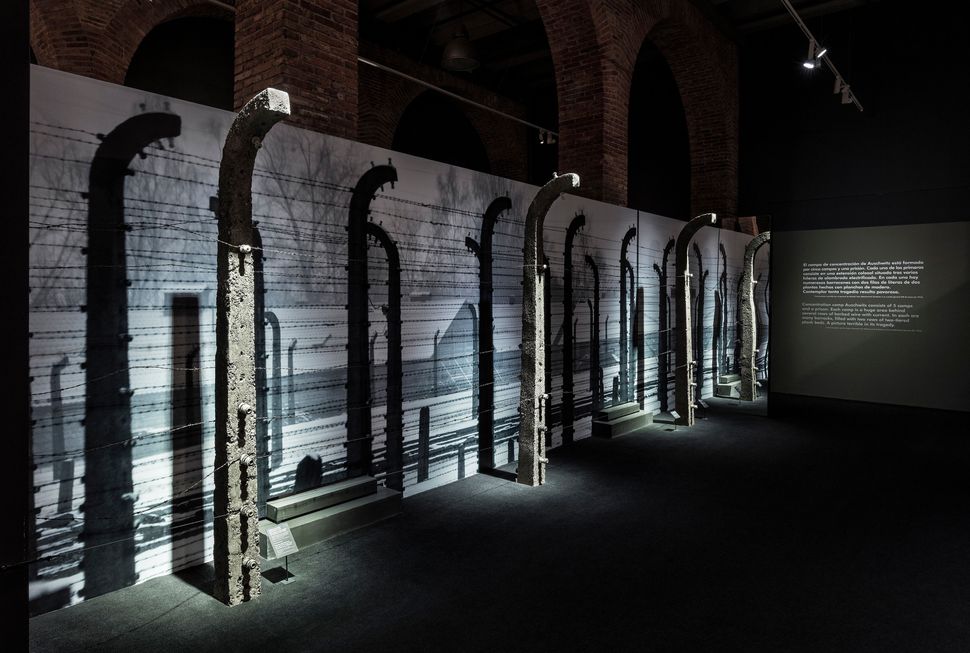 A train car that shuttled Jews from ghettoes to concentration camps, artifacts from Anne Frank’s secret annex and a shofar that was blown at Auschwitz — all of these objects are now on view at New York’s Museum of Jewish Heritage: A Living Memorial to the Holocaust. You now have more time to see them.

The museum announced October 24 that its exhibit “Auschwitz. Not long ago. Not far away.” is receiving an eight-month extension, with a new closing date of August 30, 2020. The museum states that, since the exhibit began in May, over 106,000 people have visited it, including more than 36,000 students. The hope is that extending the show will allow more visitors, young and old, to absorb its message.

“In recent years and recent months even, we have seen a surge in anti-Semitic rhetoric, hate crimes, and a weaponized nationalism both here in the United States and abroad,” Bruce C. Ratner, chairman of the museum’s board of trustees said in a statement. “We are extending this exhibition at our Museum because it offers clear, moral lessons that resonate powerfully today and from which visitors want to learn.”

Since the exhibit opened, the already-extensive collection, curated by Spanish exhibition designer Musealia, has added a number of artifacts from the museum’s own collection and even from visitors.

Ratner told the Forward in January that the museum planned to introduce the concept of “Spiritual resistance” for its version of the show by including the parachute of Hungarian resistance fighter Hanah Szenes and religious objects hidden away at Auschwitz. A visitor to the exhibitionrecently loaned the museum a shofar which sounded at Auschwitz III-Monowitz during the high holidays, underlining the theme of religious defiance.

“I don’t think that there is a more important exhibition presented in New York at the moment,” Piotr M. A. Cywiński, director of the Auschwitz-Birkenau State Museum, said in a statement. “This one about Auschwitz explores the essence of mankind, analyzes the limits of what is human, and asks important questions about our contemporary responsibility. I am glad people will be able to see it there longer.”

Auschwitz Exhibit To Extend Run At Museum Of Jewish Heritage