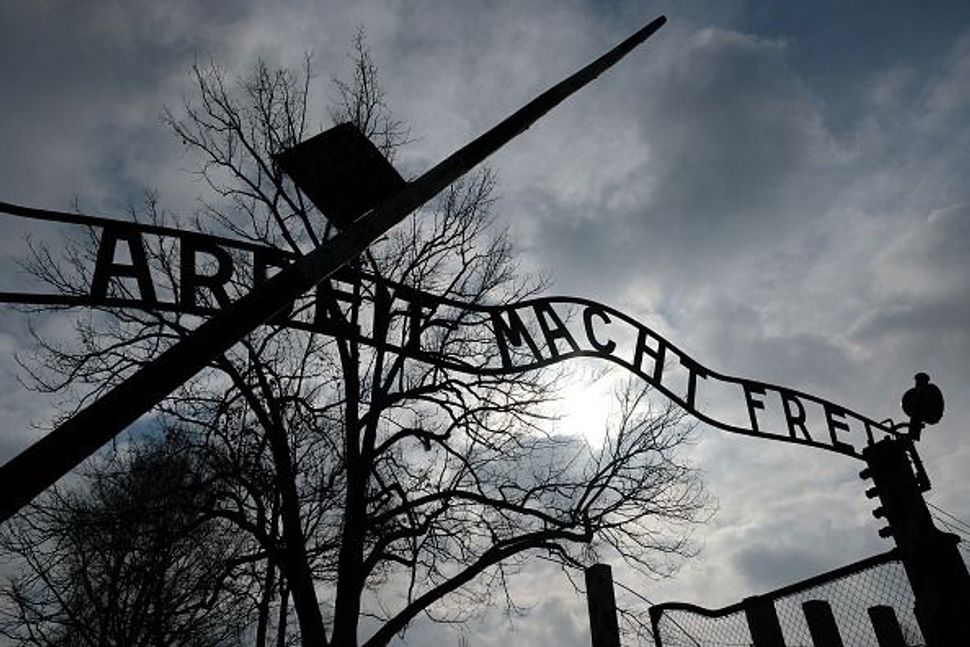 A vintage German train car — similar to those used to cart Jews to Nazi death camps during the Holocaust — will soon be on display at the Museum of Jewish Heritage in New York City, The Associated Press reported Sunday.

The eight-decade-old car arrived on Sunday morning and was lowered onto tracks outside the museum in downtown Manhattan. It’s one of 700 artifacts to be added to the new exhibit on the Auschwitz concentration camp — the largest of its kind.

Some of the items have never been seen in the United States, according to the AP. On display will be gas masks worn by the SS and a dagger and helmet used by Heinrich Himmler, the chief architect of Adolf Hitler’s genocidal plan. There are also personal items that belonged to the prisoners, such as a MacGyvered comb and a trumpet.

The exhibit, “Auschwitz. Not long ago. Not far away,” opens May 8, the fateful day in 1945 when the camps, including Auschwitz in Poland, were liberated. It will run in New York through Jan. 3.

The windowless wagon is the centerpiece of the exhibit. Jews around Europe were taken from their homes and shuffled into the wooden cars. Eighty people were squeezed into one car, 92-year-old survivor Ray Kaner recalled to the AP, and their only source of a restroom was a pail.

“You couldn’t lie down, so you had to sleep sitting, and it smelled,” she said.

About one million Jews and 100,000 others were killed in Auschwitz. A total of six million Jews died in the Holocaust.