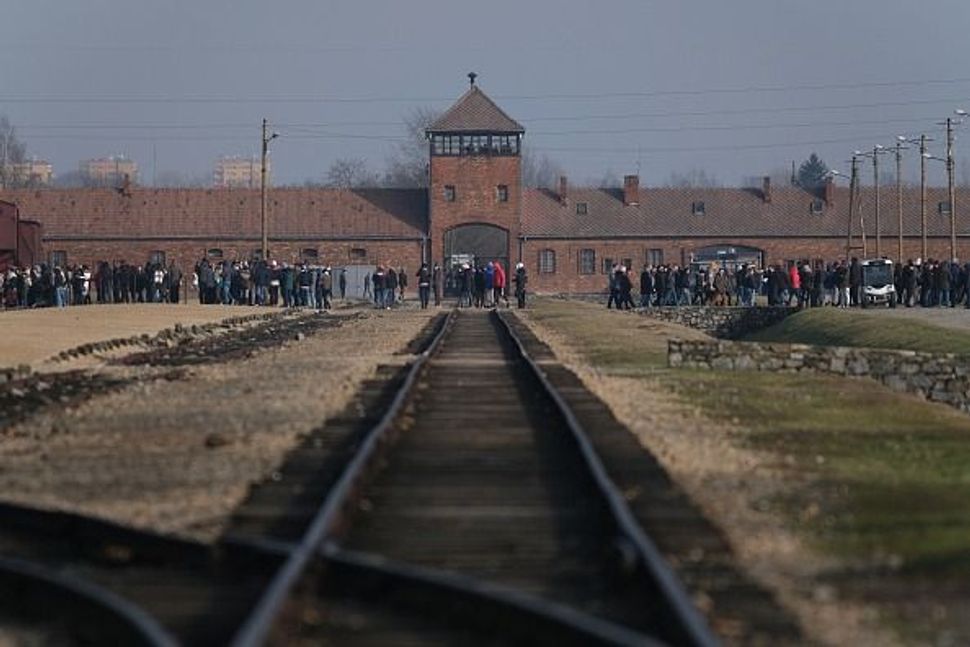 (JTA) — A visitor to the site of the Auschwitz-Birkenau Nazi death camp was caught trying to steal a piece of the camp’s iconic rail tracks.

The American visitor, 37, who was apprehended by police in Oswiecim in southern Poland, was charged with attempted theft of an item of cultural importance, the Associated Press reported. The incident was first reported by police and Auschwitz-Birkenau State Museum officials on Sunday.

The man admitted his guilt and was released until further legal action is taken. He could face up to ten years in prison.

He had attempted to remove a metal piece from the tracks where people were unloaded from train cars at the entrance to the death camp.