Do We Focus Too Much on Auschwitz? 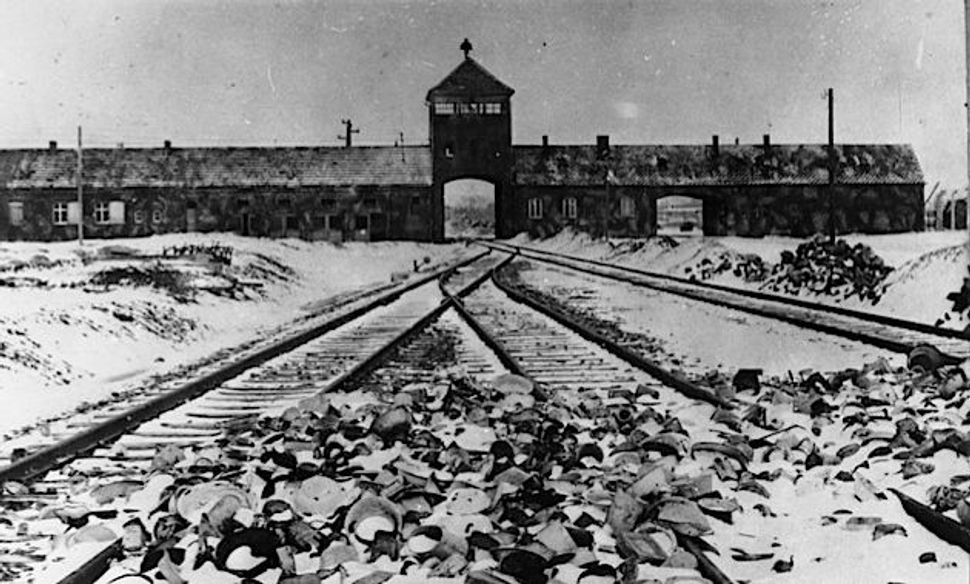 The emphasis placed on Auschwitz-Birkenau as a place of remembrance has skewed the way we understand the Holocaust, Professor David Cesarani told attendees on the final day of London’s Jewish Book Week on March 1.

Speaking with reference to his forthcoming book, “Final Solution: The Fate of the Jews 1933-49” — which is due to be published in September and will seek to demonstrate the surprising lack of inevitability in the events that culminated in the Holocaust — Cesarani said that while “Auschwitz is tremendously important, it has created the sense that the Holocaust started in 1933 and inevitably led to Auschwitz.”

Rather, he said, “anti-Jewish policy evolved haphazardly between 1933 and 1937, when organizations and individuals competed with each other to deal with the Jews.” Emigration “only turned into an exodus late into the 1930s.” Jewish suffering during the Holocaust itself, Cesarani went onto argue, was a consequence of German military failure in the first half of the Second World War and Allied military failure in the second half, turns of events that made the fate of European Jewry “something catastrophic.”

In the dispute between the functionalist and intentionalist schools of thought over the origins of the Holocaust, Cesarani — Research Chair in History at Royal Holloway, University of London — would seem to be lining himself up with the functionalists, albeit moderately.

The intentionalist school draws a straight line from Nazi racial ideology as expressed in Hitler’s writings and speeches as early as 1922 in “Mein Kampf,” to the mass destruction of European Jewry in the killing fields and concentration camps. Daniel Goldhagen’s hotly disputed work “Hitler’s Willing Executioners,” takes this to a greater extreme, stressing the role of anti-Semitism in German history and culture as a motivation behind the Holocaust.

What marks intentionalism, furthermore, is that it tends to focus on the role of Hitler as central to the actions of the Nazi state. Proponents of internationalism also argue that the Holocaust was not an outgrowth of the Second World War; rather, the Second World War and in particular the invasion of the Soviet Union in June 1941 was initiated in order to carry out the specific aim of murdering Jews en masse.

Functionalism, on the other hand, says that the road to Auschwitz is twisted, not straight. This school places greater emphasis on the evolution of Nazi policy towards Jews. It stresses the ways in which the various arms of the Nazi bureaucracy overlapped, with the state not as something monolithic but rather a form of ill-organized chaos. Hitler, here, is not the strong leader the intentionalist school depicts him as, but a figure subject to manipulation by those below him competing for his favor.

The goals of National Socialism, functionalists argue, were vague regarding Jews. At the start of the Second World War, the Nazi regime had no clear policy for dealing with “the Jewish question,” with the Final Solution emerging over a two-and-a-half year period up until the Wannsee Conference in January 1942. Early attempts at extermination were improvisational, such as the mobile gas chambers and mass shootings on the eastern front, and the Final Solution was, to an extent, defined by the events of the Second World War. This idea is sometimes called the broken road or crooked path theory.

Sarah Helm — a former foreign correspondent whose new book, “If This Is A Woman: Inside Ravensbrück: Hitler’s Concentration Camp for Women” has been characterized as the definitive account of the only concentration camp with solely female occupants — also argues that “Ravensbrück showed the evolution of the Holocaust.” Ravensbrück developed into a site of extermination as the Second World War progressed, with mobile gas chambers transported from Auschwitz to the concentration camp located around 90 kilometers north of Berlin. The medical experimentation conducted at Ravensbrück was also a product of the war.

Auschwitz also changes how we understand the Holocaust, Cesarani argued as the session drew to a close, in that it makes us believe that the catastrophe ends with its liberation in January 1945. The Jewish experience, rather, was a homelessness that continued for years after the Second World War, in DP camps on the continent and the island of Cyprus. In 1947, the British had more Jews behind barbed wire than Nazi Germany had in 1937, Cesarani noted. Only with the establishment of the State of Israel and the enactment of the Law of Return can the Holocaust be said to have ended.

Do We Focus Too Much on Auschwitz?