7 Jewish Texts You Must Read — Profs Choose Their Favorites 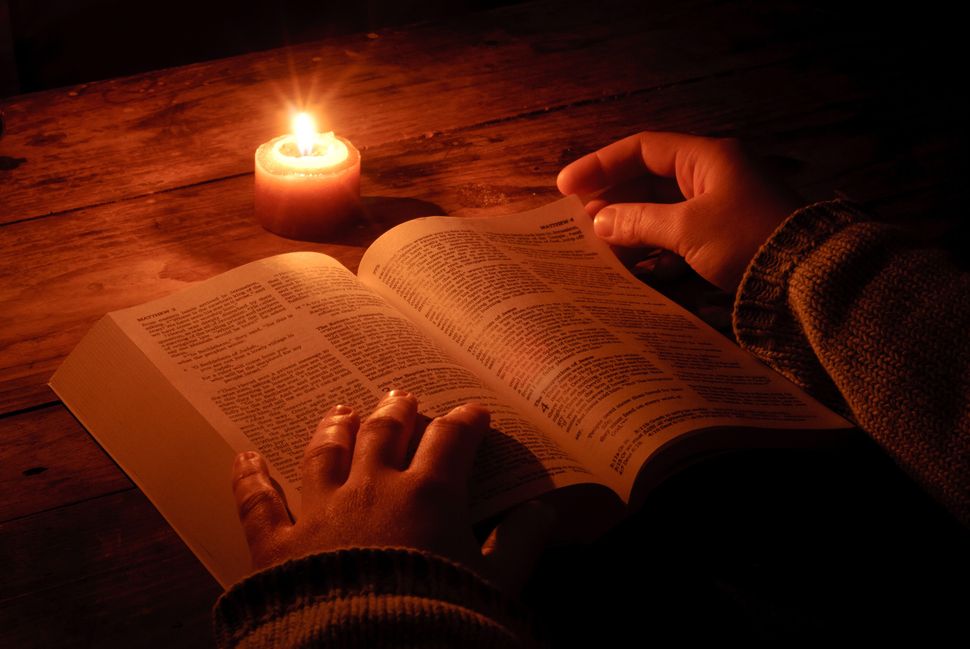 Want to stump a professor? Just ask: “What’s the most important text on your syllabus?”

The question posed a challenge to some who couldn’t bear to name just one.

“It’s a tough one!” Samuel Hayim Brody, assistant professor in the Department of Religious Studies at the University of Kansas, wrote in an email. “I am probably just thinking about it too much. The answer isn’t obvious, which I know doesn’t help you at all.”

Judith Bleich, professor of Modern Jewish History at Touro College, also shared her answer, but with a footnote, writing that “in a sense it misses the mark.”

“In graduate courses the goal is to acquaint the student with numerous works and rarely with a single most important one, whatever one’s personal predilection might be,” she said. “Even focusing on a single author, as for example, in studying the writings of the Maharal, one would opt for comparisons of selections from several of his works even while focusing on one particular book in its entirety.”

Nevertheless, these Jewish studies professors were bold enough to share what they consider to be their most valuable reading material.

“It’s the most important text, because it echoes the old mode of Jewish petitioning, whereby leaders would write fawning letters to new leaders, with the radically new approach of citizenship. In the early republic, Washington echoed Seixas’ call for religious liberty, rather than the blander Enlightenment model of tolerance” — David Shneer, Director of Graduate Studies for the Program in Jewish Studies, Louis P. Singer Endowed Chair in Jewish History, University of Colorado Boulder

2) “The Talmud Tractate of Sanhedrin”

“Aside from introducing me to the distinctive discourse of the Talmud, Tractate Sanhedrin also introduced me to key questions in Jewish Studies that I’ve been exploring ever since. How do Jews define norms for themselves and police their violation? What assumptions about difference – ethnic, religious, gender, sexual, species – underlie those norms? What are the aspirations for authority of rabbis, priests, Jewish political leaders, and Jewish parents? Tractate Sanhedrin also addresses existential questions that have a universal stamp: Is it possible for human beings to ascertain truth? What is the basis of value of a single human life? Who will be rewarded with a portion in the world to come, and who will be punished with none? All these questions, and more, are raised by Tractate Sanhedrin. The tractate thus serves as an excellent primer for the most intriguing and intractable problems in Jewish thought and history.” —_ Beth A. Berkowitz, Professor of Religion, Ingeborg Rennert Chair of Jewish Studies, Barnard College_

3) “On The History Of The Political Judgment Of The Jew,” by Ismar Schorsch

“It’s very helpful for getting discussions going on the forms and nature of Jewish politics, beyond the basic exile vs. statehood dichotomy.” — Samuel Hayim Brody. Assistant Professor in the Department of Religious Studies, University of Kansas

It introduces the student to the transformative changes in European society of the nineteenth-century.” – Judith Bleich, Professor of Modern Jewish History, Touro College

“This is a seminal text in study of the movement for counter-Reform” — Judith Bleich, Professor of Modern Jewish History, Touro College .

6) “The Autobiography Of Glikl Of Hameln”

“It makes such a strong impression on the students. This is one of several biographical or autobiographical works that students in [my] class read. Each of them allows students to enter a world of sensory, intellectual, spiritual, or practical experience, which highlights how alien and different the past is, but also how similar. Glikl’s text, however, invites students to witness early modern Jewish life from a woman’s perspective. No other text on this syllabus – which includes Inquisitorial trials, letters about Shabbtai Tzvie, Spinoza, as well as less well known primary sources – generates as much identification, passion, and empathy among students.​” — Nina Caputo, Associate professor in the Department of History, University of Florida

It is a semi-autobiographical novel whose narrator undertakes, in midlife, a journey to the Bulgaria of her Sephardic ancestors. “Tela de sevoya: demonstrates that a return-to-the-roots narrative can still be captivating if it is beautifully composed. But, more significantly, Moscona communicates to her readers her fascination with Ladino and its potential as a medium of contemporary literature. Readers of the Spanish original learn a good deal of Ladino almost without realizing it. Moscona has since continued to pursue her literary life in a mix of Spanish and Ladino.” — Naomi Lindstrom, Gale Family Foundation Professor in Jewish Arts and Culture, University of Texas at Austin

7 Jewish Texts You Must Read — Profs Choose Their Favorites