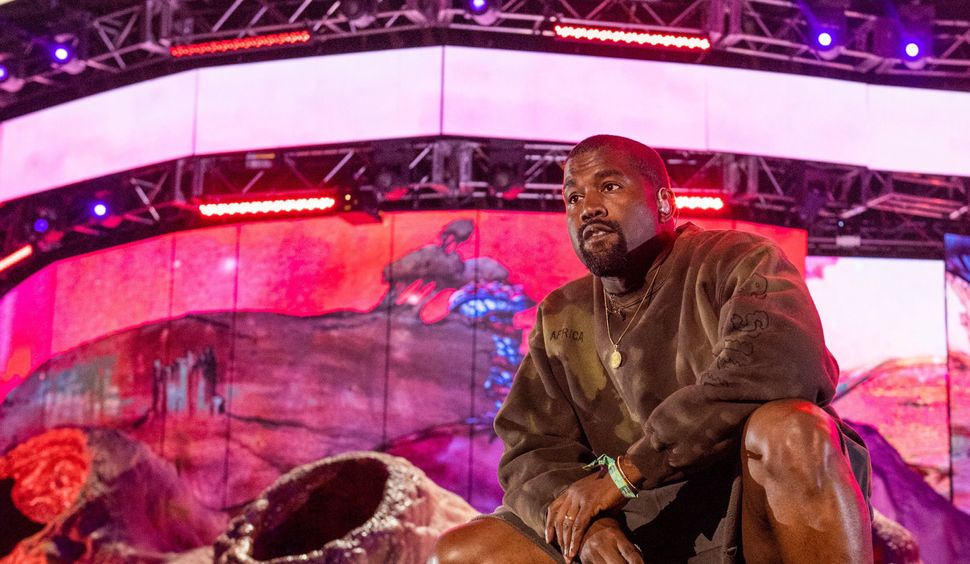 Kanye West, who has written an opera titled “Nebuchadnezzar.” Image by Getty/Timothy Norris/Contributor

Mere weeks after releasing a gospel album featuring Kenny G, Kanye West is set to bring the world an opera about one of the Jewish people’s greatest tormentors.

That’s right, folks: Kanye is going full Verdi and giving us his riff on Nebuchadnezzar II, the Babylonian king who, in the Book of Daniel, went mad and was made to live among wild beasts for seven years until he acknowledged the primacy of God. Prior to his come-to-Elohim moment, Nebuchadnezzar was busy destroying the First Temple and starting a millennia-long Diaspora with the Babylonian Captivity.

All the information we have about West’s first opera is a tweet from Ye featuring a poster advertising a performance at the Hollywood Bowl on November 24. The art, by Nick Knight, shows a relief the Babylonian emperor in profile, gives the title “Nebuchadnezzar: A Kanye West Opera” and lists renowned Italian performance artist Vanessa Beecroft as the piece’s director. The music will be supplied by West’s gospel group, Sunday Service, as well as Peter Collins and Infinitudes Song.

It’s unclear what the breakdown of roles will be — or if West himself is even featured — but one would imagine he could do well as the title character. Might we be meeting Nebuchadneezy?

While Nebuchadnezzar is certainly a villain, his story has sometimes been viewed as one of redemption through faith. Recently, West has been speaking candidly about his own spiritual awakening and his struggles with mental health. Then again, West might also cast himself as Daniel, the young man thrown to the lions who interprets the troubled king’s dreams.

We won’t know ‘til we know, and West is anything but predictable. We just hope he’ll sample “Chorus of the Hebrew Slaves,” cause that tune’s a bop.

Tickets for what is sure to be a memorable afternoon are available today.