Kanye West: ‘People Look at Me Like I’m Hitler’ 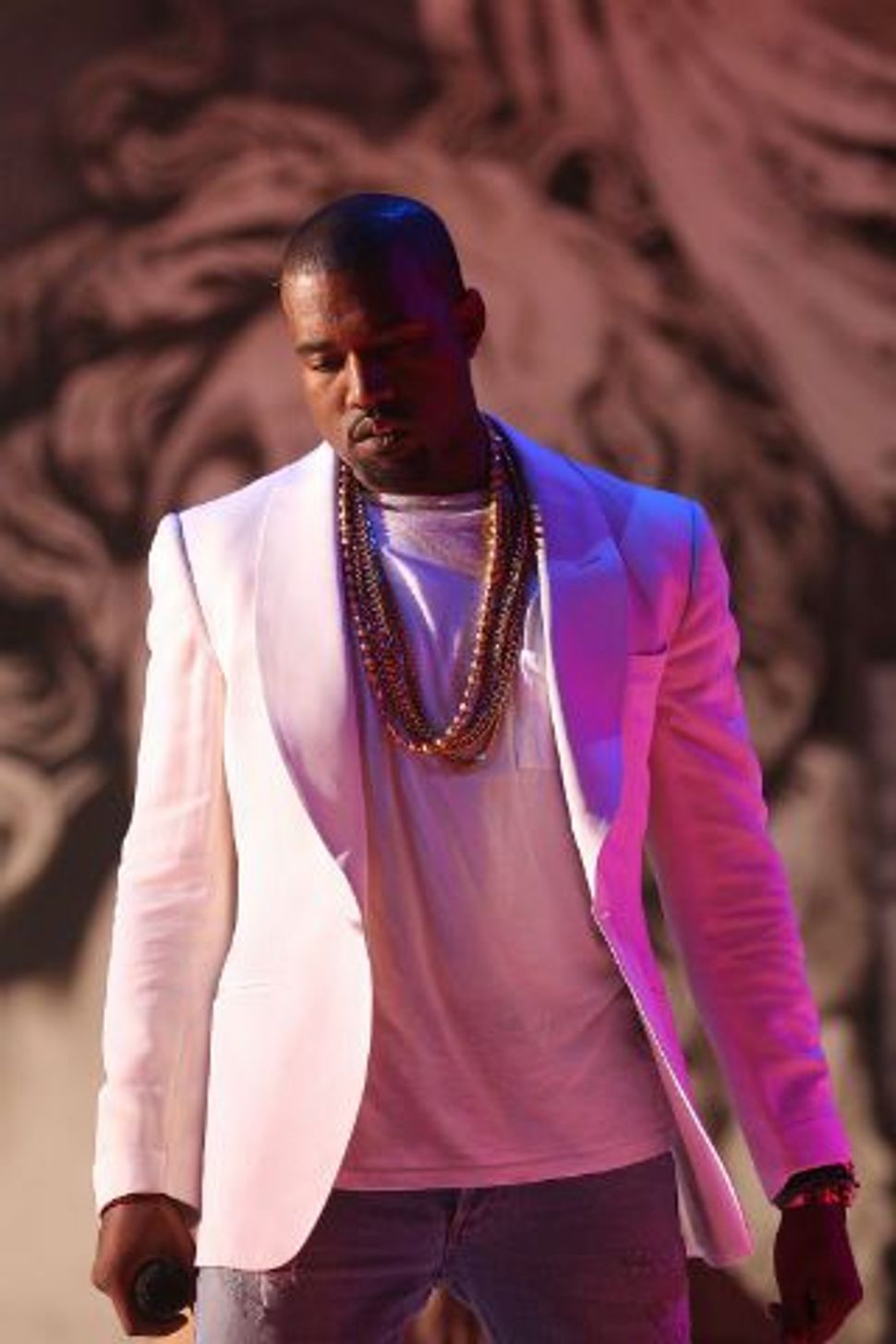 “I walk through the hotel and I walk down the street and people look at me like I’m [expletive] insane, like I’m Hitler,” the rapper and awards-show hijacker told fans last night at a concert in England. “One day the light will shine through and one day people will understand everything I ever did.”

The Hitler comparison drew “light boos” from the crowd, according to a write-up in Australia’s Telegraph.

“One can only hope that West’s Hitler analogy did not extend to the ‘one day people will understand’ bit,” Rolling Stone noted.

Though it appears to be West’s first foray into the world of Hitler comparisons, the line is not terribly surprising, given his love of hyperbole and well-defined sense of victimhood (especially on life-and-death issues such as winning MTV Video Music Awards

No fewer than two presidents have weighed in on various comments made by the musician, who rapped on his last album about Israeli models. President George W. Bush called one of the rapper’s criticisms a low point in his presidency.

President Obama, meanwhile, once dismissed him as a “jackass.”

Kanye West: ‘People Look at Me Like I’m Hitler’