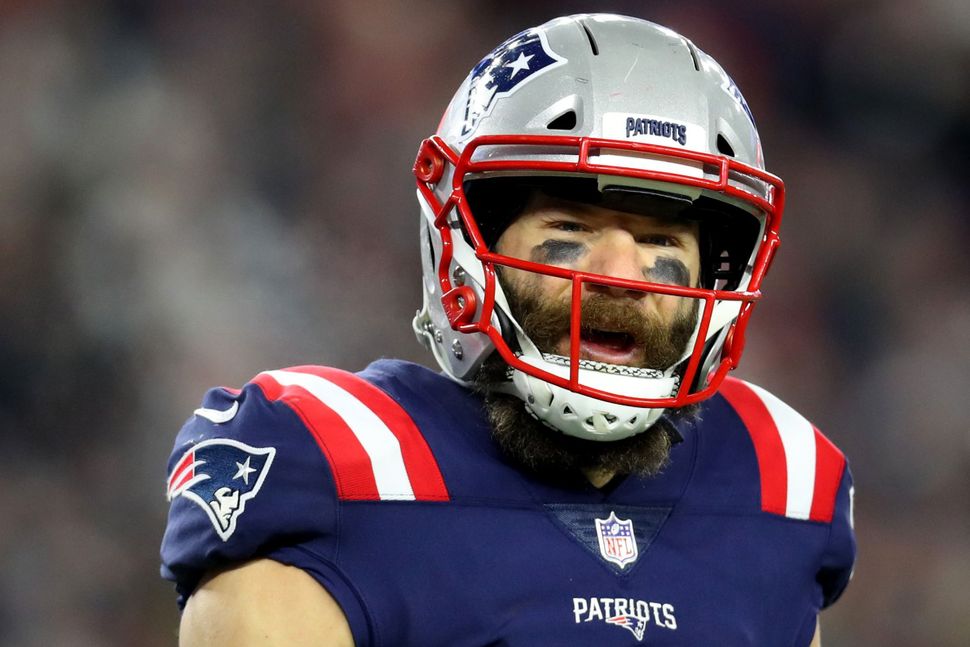 When you think about prominent Jews in the National Football League, various owners often come to mind. But there is also a 33-year-old, undersized, overachieving, insanely tough wide receiver named Julian Edelman. He’s Jewish, too.

Edelman, possessor of three Super Bowl rings, is one of the best Jewish players to ever play the game, and one of the best receivers in the league; he was named Most Valuable Player after this year’s Super Bowl, when the New England Patriots beat the Los Angeles Rams for their sixth championship in the last two decades. He has also been suspended for use of a performance enhancer and been penalized for unnecessary roughness.

Edelman, whose father is Jewish, has made several visits to Israel, displayed Israeli pins during games, and once photo-shopped himself catching a piece of matzah. After the Pittsburgh synagogue shooting, he wore customized cleats with Hebrew lettering and #STRONGERTHANHATE. (He did not respond to requests to fill out the Forward’s questionnaire.) 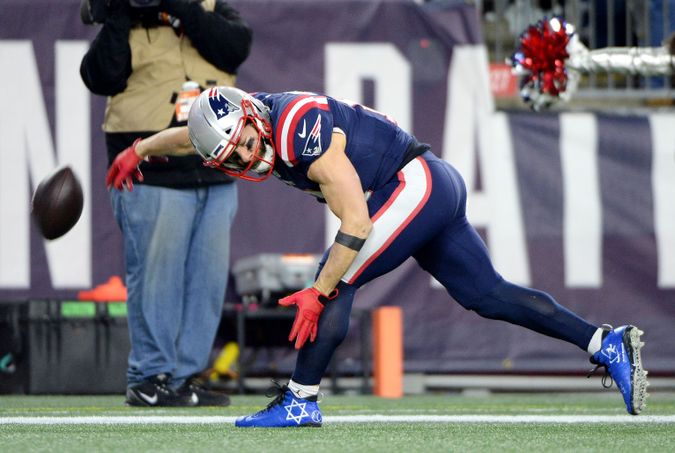 Asked before the 2012 Super Bowl about his Jewish background: “Well, I’m not completely Jewish, if you know what I mean. I know people want me to be…. I guess you could say I’m kind of Jewish but not really.”

Asked in fall 2019 about the upcoming High Holidays: “This year, Rosh Hashanah falls on a Sunday, unfortunately, so it will most likely be pretty low-key. Every year, though, for Yom Kippur I head up to temple on the North Shore of Boston and go to a service with some friends.”

Read more: A 2019 Forward article about Edelman’s conversation about Judaism with Stephen Colbert.

The Forward’s 2017 list of the five Jewiest things about him.

A Jewish Telegraph agency article in 2015 on whether he is Jewish.