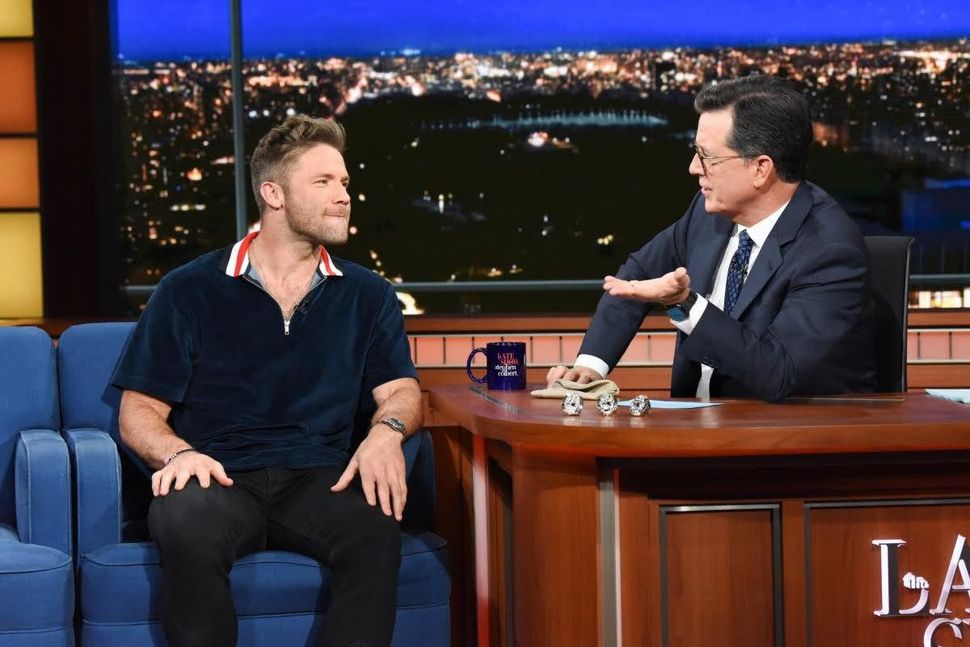 Julian Edelman talks about his Jewish journey on “The Late Show with Stephen Colbert.” Image by Edelman11/Twitter

Julian Edelman is an American hero — and a Jewish one. He helped the Patriots win the Super Bowl this past February, earning the title of first Jewish player to be Super Bowl MVP. He has made several Israel pilgrimages, including a recent one with Pats owner Robert Kraft.

While appearing on “The Late Show with Stephen Colbert” [to promote his new documentary “100%,” the wide receiver discussed discovering his roots as a teenager — interspersed with some whoops and hollers from an obviously Jewish fan in the audience.

“I wasn’t raised Jewish,” he told Colbert. “I went back and tried to see where my heritage and see where my family was from.”

Hoping to learn more about his grandfather’s past, he told the talk show host that after learning more about Jewish history, he found himself drawn to the religion.

As Edelman “learned the stories of the Jews and the adversities they had to overcome and the underdogs that they were,” he detailed to Colbert that by comparing it to his own personal history, “It connected me with it.”

Colbert, who is a practicing Roman Catholic, suggested that a little friendly competition might be in play.

“Do you think God makes choices in who wins football games?” Colbert asked. “He seems to like the Patriots.”

Colbert, who, after all, was once a Sunday School teacher, has an eye on Edelman’s side business, which involves Judaica. The host pointed out that after looking at Edelman’s website, he saw that only one item has completely sold out — a kippah emblazoned, monogrammed with the player’s logo. 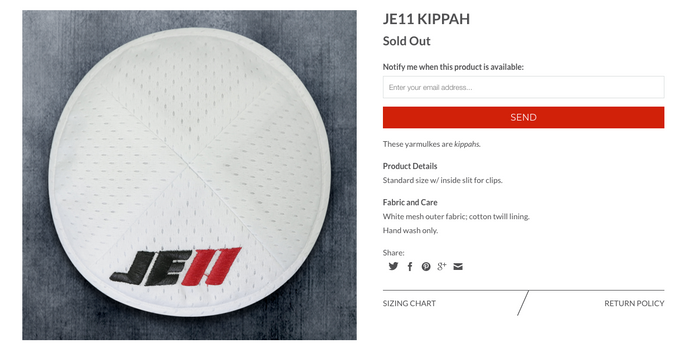 “Coming to a bar mitzvah near you!” joked Edelman, as Colbert gifted him a kippah with the show’s logo.

Wear them in good health, boys.