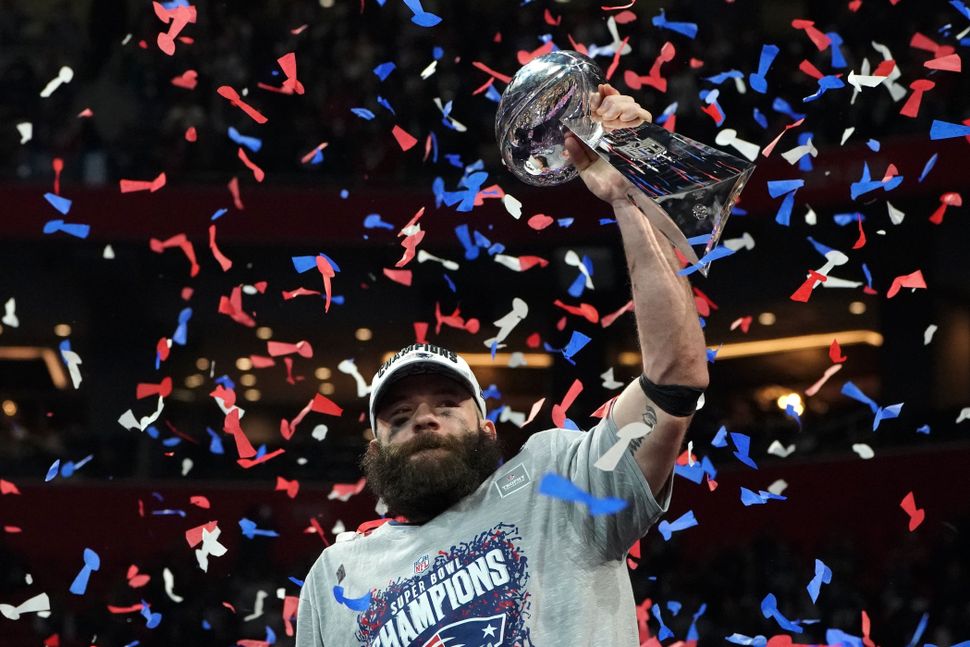 “Jews are bad at sports” is one of the last remaining anti-Semitic stereotypes that’s considered okay to say. After Sunday night, when Patriots wide receiver Julian Edelman was presented with the Super Bowl MVP award, it simply sounds like nonsense.

Edelman helped the New England Patriots cruise to a 13-3 victory against the Los Angeles Rams in Super Bowl LIII, becoming the first Jewish person to ever win the coveted Super Bowl MVP award. Hoisting the football-shaped statuette high in front of a beaming Robert Kraft, longtime Patriots owner and major Jewish philanthropist, you would be forgiven for thinking that Jews dominate football.

Edelman’s Super Bowl victory follows what has been a massively successful season for the man who was barely known even in the football world just a few years ago. Gabe Friedman writes for the JTA:

“Edelman provided some of the rare offensive highlights in a torpid defensive game with a game-high 10 catches for 141 yards. Eight of those receptions led to first-downs, keeping the ball out of the hands of the Rams potent young quarterback, Jarred Goff.”

Edelman is proudly Jewish. The 32-year-old struggled with his identity for years, calling himself “kind of Jewish but not really” and lamenting “I know people want me to be Jewish., when asked about Christmas in an interview. He traveled to Israel with Combined Jewish Philanthropies of Greater Boston in 2018, discovering a deep affinity for the country in what was essentially a football-friendly deluxe Birthright.

Edelman regularly references his Judaism in social media and in interviews, and even on the field. He wore cleats reading “the tree of life” and bearing an Israeli flag to a game in December following the mass shooting at the Tree of Life synagogue in Pittsburgh, and auctioned them off for $10,000 to benefit the families of the shooting victims. He read his book to kids at a JCC. Overall, he’s a mensch.

Edelman is 5’10”, was a late draft pick, and was trained by a Jewish dad who was strict on everything, from football to report cards. His monumental game shouldn’t have to represent an entire people, but it does. Jews aren’t associated with sports not because no Jews are good at sports, but because history prefers to associate us with weakness, smallness, academics, and money making. It’s a denigration masquerading as a cutesy cultural meme.

For every Jewish kid who ever heard “Jews suck at sports” and knew it meant that she shouldn’t dream too much, for every Jewish adult who heard “Jews aren’t exactly known for sports!” and laughed along, pretending not to feel a little crushed, we celebrate Julian Edelman.