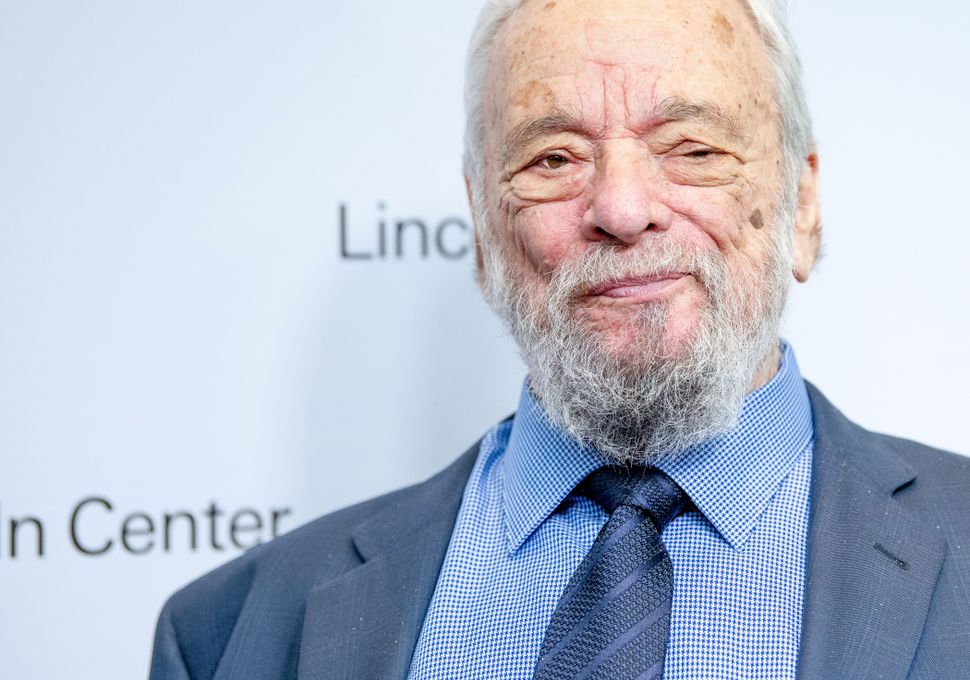 All in all, the star-studded, highly hyped “Take Me to the World: A Sondheim 90th Birthday Celebration” finally got rolling an hour and 15 minutes after it was supposed to. In the meantime, would-be viewers anxious to watch Broadway favorites belt out some of the greatest tunes in musical theater from the comfort of their living rooms oscillated between fury and amusement.

On the one hand, after weeks stuck inside waiting for even a scrap of good news, waiting an indefinite period longer for a promised treat felt intolerable.

On the other, the delay was pretty funny: It was a concise summary of one of the great paradoxes of this era, in which good intentions abound — the concert was a fundraiser for the nonprofit Artists Striving to End Poverty — and good execution proves more difficult. And, after all, we were all stuck at home. Waiting is never fun, but, truly, what else did we have to do?

In the end, the show’s delayed start made it, somehow, more touching. Sondheim, who got his Broadway break as the lyricist for Leonard Bernstein’s music for “West Side Story,” is a great poet of uncertainty, from the immortal “Could it be?/Yes, it could” of that show’s “Something’s Coming” to “Love, I Hear” — “love, I hear/I feel, I fear/I know I am/I’m sure, I mean/I hope, I trust/I pray, I must be in” — from “A Funny Thing Happened on The Way To the Forum.” The cobbled-together, will-it-work nature of the evening, starting with the technical-difficulties delay and ending with Bernadette Peters’ only partially successful choice to perform “No One is Alone” from “Into the Woods” without accompaniment, highlighted just how human Sondheim’s work is. For all that it can be technically tricky, it takes well to the occasional flat or broken note. Humans are messy, confused and imperfect, and part of what makes his music brilliant is how well it makes room for those chinks in our collective armor.

At its best, the concert fully embraced that quality. Katrina Lenk accompanied herself on guitar as she sang “Johanna,” from “Sweeney Todd,” a song full of surprising and menacing musical turns; she leaned into the notes that sounded most out-of-place, making their resolutions sound anything but inevitable. It was an unsettling performance, and entrancing, showcasing the clarity with which Sondheim can make complicated and even distasteful emotional arcs impossible to look away from or disavow. Michael Cerveris, performing “Finishing the Hat” from “Sunday in the Park with George,” often cited as one of Sondheim’s greatest songs, slid in and out of the melody, opting occasionally for a sort of sung-speech that made the thrilling, painful introspection of the lyrics all the more overpowering. Sutton Foster, who gave the evening’s first vocal performance, performed “There Won’t Be Trumpets” from “Anyone Can Whistle” without wearing a trace of makeup. It was a small gesture, and a big one: Broadway has always struggled to balance great art with great spectacle, and by taking any adornment out of the picture, she posed a challenge to Sondheim’s music — can it really hold up? — and answered, affirmatively, yes.

But even in a concert filmed almost exclusively in artists’ homes, spectacle has a place. And if one number swept the evening, it was certainly Christine Baranski, Meryl Streep and Audra McDonald’s collaboration on “The Ladies Who Lunch,” a scathing takedown of society women from “Company.” The trio, clad in fluffy white bathrobes and drinking copiously — Baranski, for much of the number, kept her face half-obscured behind an enormous wine glass — sang together over Zoom. Sure, they did a beautiful job, but most importantly they were silly, embodying to great effect some of the collective insanity of this time. It was the pajama party we’d all like to join, and a crucial reminder that for all that the plaudits piled on Sondheim’s work can make it feel untouchably artistic, his music often bursts with fun.

Right now, the feeling that art has to stand for more than itself is overpowering. Beauty isn’t enough; pleasure isn’t enough; our society is on the brink, and we need new cultural touchstones to reflect the enormous sense of change that’s enveloping us. Broadway usually makes for an exclusive kind of enjoyment, with ticket prices that, even at their cheapest, require a certain degree of economic comfort to be affordable. And nothing, recently, has made the flaws of that structure more apparent than the business’s desperate attempt to stay liquid in the face of coronavirus by reducing ticket prices dramatically in the week before Governor Cuomo forced the theaters to close. It was as if the producers had banded together to say: As long as the rich don’t get sick, it doesn’t matter who we put at risk.

“Take Me to the World” hinted at a different model, one in which humanity might be approached with broad honesty and equitability, and theater might be seen as a true means to connect, not an operation reliant on elitism. While the concert’s start had been alarming, wrote one commenter on YouTube, “it turned out so amazing and better than I could’ve hoped for… Really shows what theater can do.”