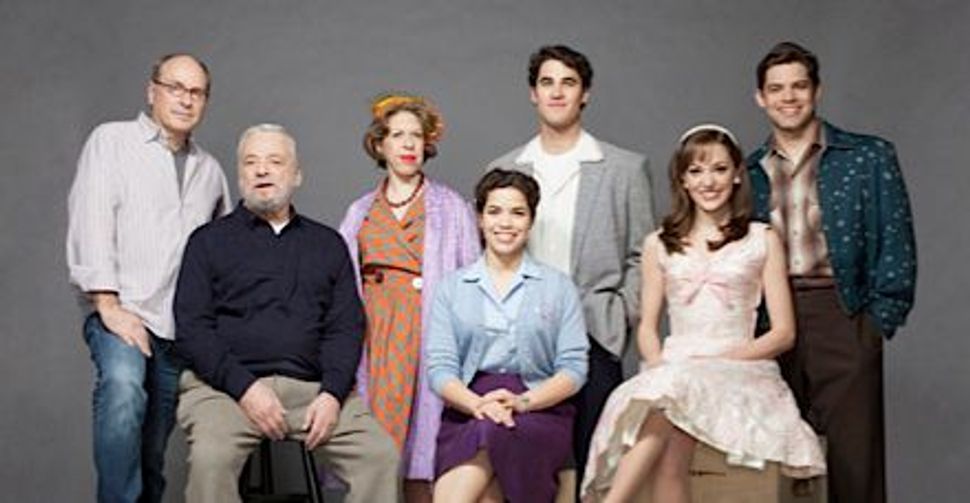 Once upon a time, Americans grew up humming show tunes. They dominated radio airwaves, so, even if you hadn’t seen the musicals (or the films made from them), you knew the melodies and words to the songs of “Oklahoma,” “Carousel” and “My Fair Lady.”

But that changed as pop, rock and rap started to control airtime. Today, it’s a rare Broadway song that cracks the national consciousness. It’s in part for this reason that James Lapine’s HBO documentary, “Six by Sondheim,” which debuts December 9, is so fascinating and important. 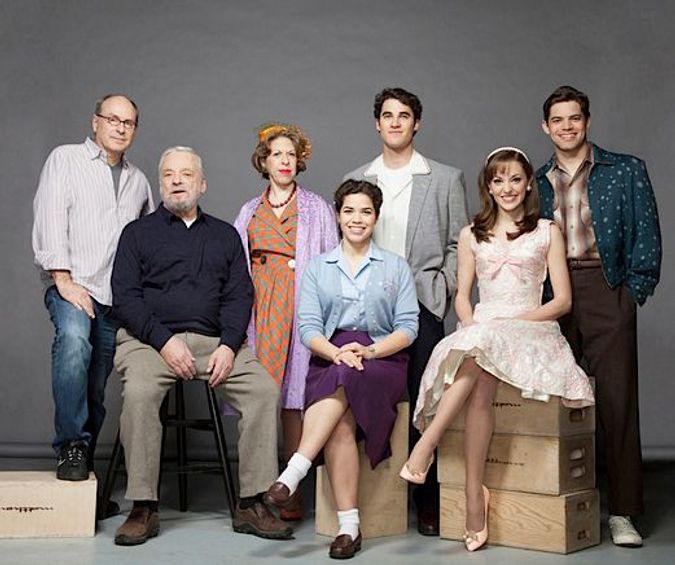 Lapine uses archival footage as well as fresh performances by Audra McDonald and America Ferrera of six Stephen Sondheim songs to tell the story of the composer’s fascinating and troubled life.

Some of the stories will be familiar to Sondheim enthusiasts, especially those who’ve read Meryle Secrest’s outstanding biography, “Stephen Sondheim: A Life.” He was a child of divorce. His mother once sent him a note saying she was sorry she gave birth to him. But he lived near the Pennsylvania home of Oscar Hammerstein, who mentored and encouraged him and became almost an adoptive parent.

That turns out to have been entirely appropriate, since Sondheim went on to become heir to Hammerstein (and Rodgers) and certainly the greatest Broadway composer of his generation. His shows, starting with “West Side Story” and including “Gypsy,” “Sunday in the Park With George” and “A Funny Thing Happened on the Way to the Forum.”

He’s sort of like Mozart,” Lapine told the Forward in a telephone interview. “His work is going to live.”

Of course, Lapine is not exactly an unbiased observor. He’s been Sondheim’s partner on several musicals. They shared the Pulitzer for “Sunday in the Park” and Lapine won a half dozen Tonys for directing and writing the book of plays for which Sondheim wrote music. Lapine talked to the Forward about how he and Sondheim met, about their collaborations, and how the film came about.

Curt Schleier: How did you meet Stephen?

James Lapine: We were introduced around 1982. I was young at the time and he had just done “Merrily We Roll Along.” We were introduced by a producer. I was there to discuss a project, a book I wanted to adapt. The irony is my background is as a graphic designer. I didn’t know anything about him. I’d only seen one of these shows, “Sweeney Todd.” My impression of him is that he was fascinating. We got together and talked and haven’t stopped speaking since.

When did you realize how good he was?

He began to give me audiotape of all his shows. As I listen to them, I realizes this guy was over-the-top great, how incredibly brilliant he was.

You’ve done a number of shows with him — feel free to dish about all the fights that didn’t make it into the documentary.

I have to tell you, and I know it’s not interesting, but we’ve always had a great time together. We’ve not had one single argument. Certainly there are tensions when shows we write are not coming together the way we hoped. Otherwise, it’s been a dream come true. You do hear a lot of details of discourse with other shows. What’s great about our collaboration is that there is just two of us. I write the book and direct and Steve does the lyrics and music. Trouble starts when you add more and more people to a meeting.

How do the two of you work together?

It’s probably like you talking to an editor. We look for subjects that interest both of us, and then spend some time researching and writing.

I had done a show on Broadway, “Sondheim on Sondheim,” and was approached by HBO about doing the documentary. At first, I wasn’t keen about doing it. I had just done it in the form of a musical review, and I didn’t see adapting my review. But the more I talked about it, the more attractive it became. And once we came up with the idea of re-creating his life through a number of his songs, I became very interested in it.

You picked “Something’s Coming” (“West Side Story”), “Opening Doors” (“Merrily We Roll Along”), “Send in the Clowns” (“A Little Night Music”), “I’m Still Here” (“Follies”), “Being Alive” (“Company”) and “Sunday” (“Sunday in the Park With George”). Sondheim has written more than 20 shows. How did you narrow the field down to those six?

It became a process of elimination — which songs serve the story. We started with a greater number, but if they didn’t serve what we needed them to serve they obviously weren’t chosen. The six were the ones that help the most.

In addition to the songs that are sung just for the film, you use a great deal of archival footage. Did you interview Stephen just for the documentary?

No, he sat for me when we did the musical review and we used a number of those clips. But I didn’t interview him specifically for the film.

Did you show him the film? Did he have any problems with any of it?

Of course he saw it, but not until it was basically done. He didn’t have any objections. He trusted us.

You grew up in a Conservative Jewish family in Ohio. You went to Hebrew school and were a bar mitzvah. Is there anything from that experience you bring to your work?

Nothing. Not really, to be perfectly honest with you. But it becomes part of who you are. We are the product of all those things. But I can’t say that there’s anything specific I can relate to in terms of the work.