Why are celebrities sharing a 30-year-old clip of Louis Farrakhan? 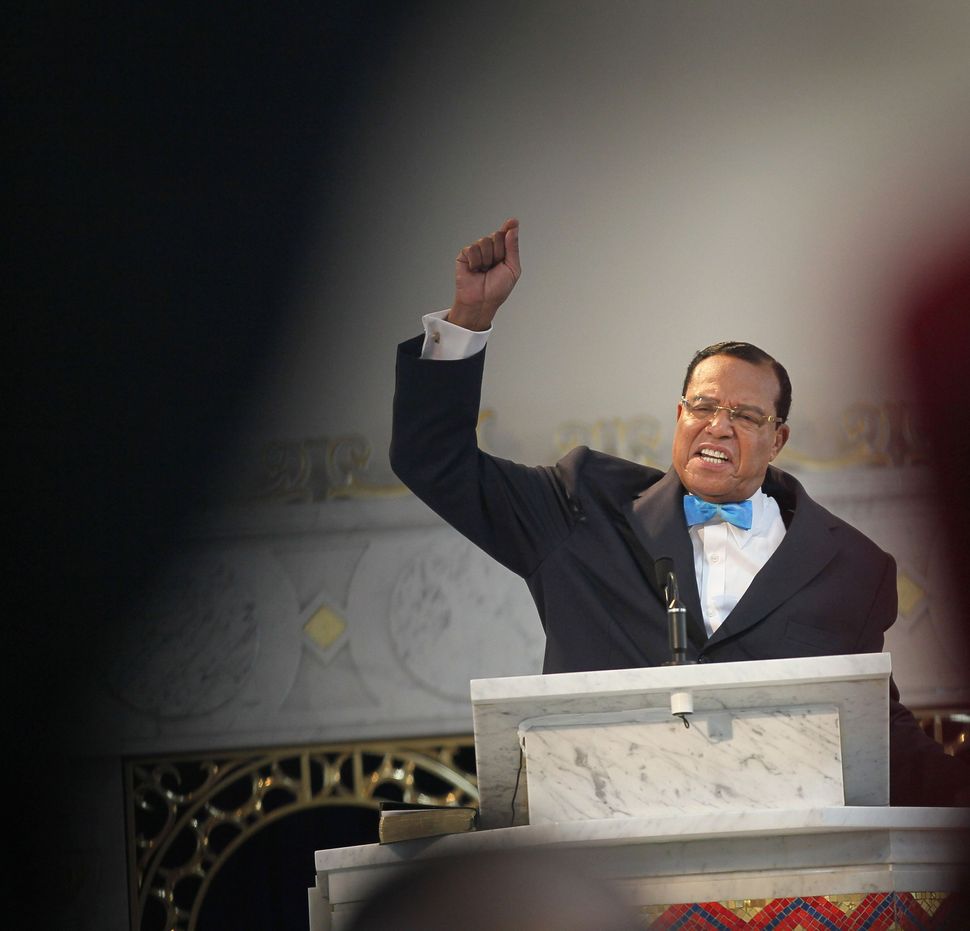 Update, June 17, 11:58 a.m.: Chelsea Handler has removed the clip of Louis Farrakhan from her Instagram profile.

Jessica Chastain and Chelsea Handler said his words were “powerful.”

Minister Louis Farrakhan must be pretty pleased with his reception.

In a landscape where influencers and celebrities are scrambling to amplify Black voices, there’s bound to be an occasional fumble. This particular set of missteps started on Sunday, when “The Good Place” star Jamil, in a since-deleted post, shared a clip of the Nation of Islam leader’s appearance on a 1990 episode of “The Phil Donahue Show” to her Instagram.

Jamil’s caption, “Someone please tell me the name of this extraordinary man who so perfectly sums up white fear in under a minute,” seemed to indicate she was unfamiliar with Farrakhan, and therefore was probably unaware of his long history of spewing anti-Semitic canards — he’s called Jews “Satanic” and likened them to termites — as well as regular bile about gay and trans people. We imagine someone did tell her more about the mystery man she was lauding, and she decided to scrub her profile of the clip.

But Jamil was not alone. On the same day she shared the clip, Oscar nominee Jessica Chastain posted it to her Instagram story. It has since disappeared, as Instagram stories are, by their nature, ephemeral. Comedian Chelsea Handler made three, posting the full nine-minute clip to her Instagram, where it remained up until June 17.

Handler, who is Jewish, defended her choice to keep the clip on her profile, after commenters remarked that Farrakhan’s long track record of hate has often focused on anti-Semitic themes of Jewish control. “I still consider this message to be quite powerful,” Handler wrote. “Perhaps Farrakhan’s anti-Semitic views took form during his own oppression. We know now that the oppression of one race leads to an oppression of all races.”

Many on Twitter were outraged that this troika of influential women could be so careless with their posts and, in the case of Handler, choose to double down on them.

In the past 24 hours, Jameela Jamil, Chelsea Handler & Jessica Chastain have shared on Instagram a video of vicious anti-Semite Louis Farrakhan discussing racism.

But why did the clip take off? It’s unclear whether these celebs discovered it from one another — Handler and Jameel follow each other, as do Chastain and Handler — but if one was viewing the video without knowing more about its star, it’s fair to admit that Farrakhan makes some compelling points.

In the clip, Farrakhan explains how Black people were systematically stripped of their heritage during slavery. With a smile on his face, and in a measured tone, he notes how white fear of violence by Black people is premised on the fact that white people have historically killed Black people and fear the same treatment. Farrakhan even makes an appeal for white people to learn Black history.

It’s all eminently reasonable, a clip in which Farrakhan looks little like the man rightly decried by the Southern Poverty Law Center and Anti-Defamation League.

He talks about slavery, but he doesn’t blame Jews for the Atlantic slave trade, as is his wont. (Some commenters on Handler’s post made the connection, alluding to the conclusions of the Nation of Islam’s “The Secret Relationship Between Blacks and Jews.”) He doesn’t call LBTQ people “degenerates” either, which might help explain why gay actor Sean Hayes commented on Handler’s post “This should be played on a loop. Everywhere. Always.”

But then, radicals rarely win friends by leading with their most objectionable ideas. Jameel, Chastain and Handler were not wrong for finding Farrakhan charismatic in this context, but to dig in after learning more is hard to defend. Does he make valid points? Sure, but Farrakhan is far from the only Black voice to have made them. He is, however, perhaps the most troubling.

Why are celebrities sharing a 30-year-old clip of Louis Farrakhan?