‘Sister!’: From the tenements to city council, how the Forward pushed for the women’s vote 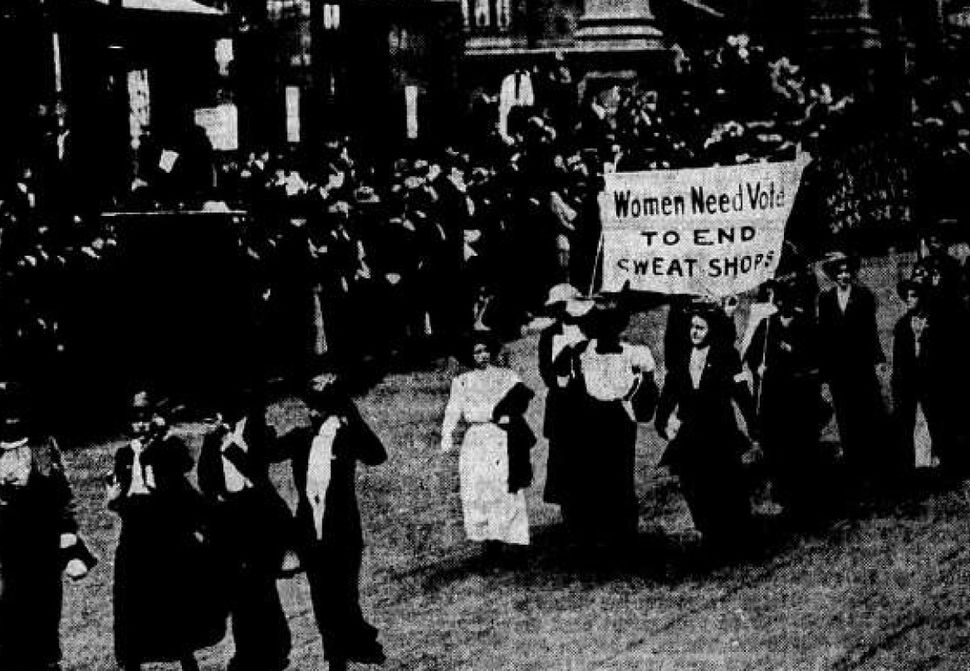 This is the fourth installment of a special series exploring The Forward’s election coverage throughout its 123-year history. Click here to sign up to receive it through our email newsletter, and find our earlier installments here.

October, 1918: As the Spanish Flu pandemic ravaged the United States and the midterm elections approached, The Forward attempted to balance the flow of increasingly sobering news with its trademark proselytizing for voter mobilization.

So at the bottom of a column reporting that 2,930 New Yorkers were sick with the flu, the editors appended an item with a jarringly enthusiastic tone.

“Shvester!” — “Sister!” — the brief notice began. “Have the women in your home registered? Appoint a committee in your tenement, and go find this out.” 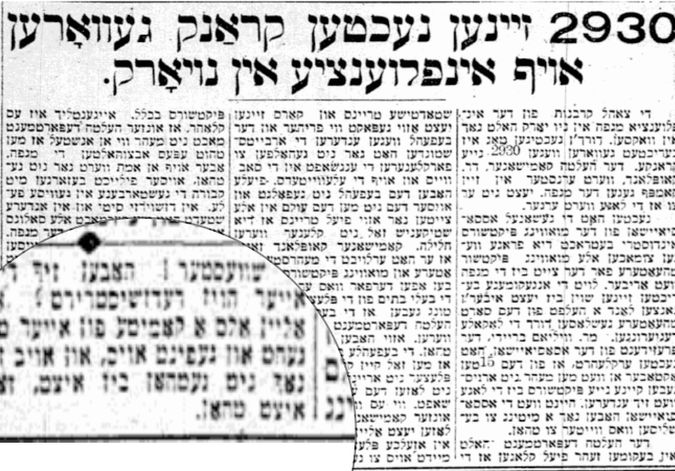 The Forward on October 18, 1918. Image by Forward Archives

Though it would be two more years before the 19th Amendment was ratified, granting suffrage to women nationwide, New York had passed its own version of the measure in 1917. These midterms were to be the first time the state’s women could cast ballots. The Forward was determined to do its part to energize this new electoral bloc.

The contrasting stories in the Oct. 18, 1918 edition shown above — grim pandemic news versus enthusiastic call for voter registration — suggested an attitude that, while distinctly out of line with public-health recommendations past and present, was dogged about the importance of democracy. A fatal illness was spreading through the city, with its cramped, poorly ventilated tenements serving as a primary vector, but that did not stop our predecessors at The Forward from encouraging women to gather together in those tenements to make sure they all made the most of their new franchise.

The Forward, with its staunch Socialist affiliations, had been a vocal supporter of suffrage from its early days. On Nov. 7, 1917, while reporting on New York’s approval of an amendment giving women the vote — “Brava! Brilliant Victory For Women’s Rights!” read the front page’s banner headline — the paper couldn’t resist a pat on its own back. 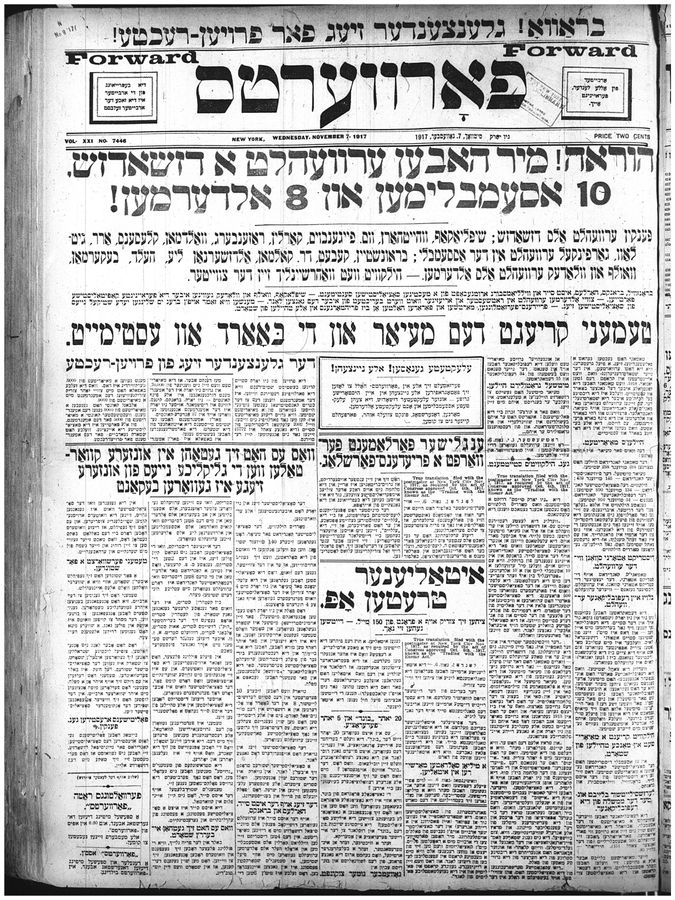 The Forward’s front page on November 7, 1917. Image by Forward Archive

“Out of all the parties, the Socialist Party is the only one that worked very hard in favor of the amendment for women’s rights,” it said. It was the rare spark of character in a report that focused primarily on the number of voters who turned out to support the amendment in various counties, an irresistible celebration of a win not just for women, but for the radically liberal politics of the paper in that era.

The Forward continued to celebrate the advances made by women, however slow they might be. On Aug.19, 1920, the day after Tennessee became the 36th state to ratify the 19th Amendment, the front page was most preoccupied with the ongoing violence of the Polish-Soviet war, which put the lives of hundreds of thousands of Eastern European Jews in jeopardy.

But while the top headline read “PEACE NEGOTIATIONS IN MINSK WHILE BATTLE RAGES ON IN WARSAW,” the second-most prominent story was “WOMEN’S RIGHT TO VOTE VICTORIOUS IN AMERICA.”

That day’s edition betrayed an unmanageable swell of news not unlike the 24/7 reporting cycle of our pandemic era: Beyond the foreign conflict, the paper was concerned with the imminent deportation of 11 “radicals,” a set of political primaries unacceptably scheduled for the same day as Rosh Hashanah, and rumors of a pogrom in the far-off town of Parczew.

Yet the editors prioritized coverage of the vote that had suddenly opened up the franchise to 27 million U.S. citizens — an opportunity to revel in progress, even in the middle of a time of increasing grief and fear.

Not long afterward, The Forward would not only encourage women to vote, but ask readers to vote for women. While state and country alike underwent a serious delay between giving women the franchise and electing them to public office, female candidates emerged as soon as they could. And The Forward endorsed them, as long as they were listed on the preferred party line, whether Socialist, American Labor or otherwise. 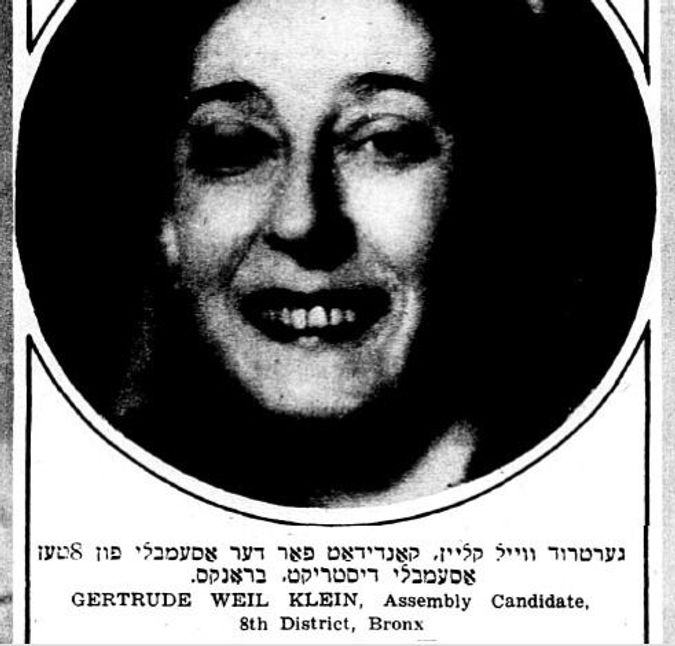 Among the most profound of those endorsements was for Gertrude Weil Klein, who first ran for office in 1918, aiming for the New York State Assembly. Klein, like many of the early women who set their sights on political positions, spent much of her career losing races, most of them for the Assembly, for which she ran in at least five different districts.

The Forward had no shortage of reasons to push Klein’s many candidacies forward: She was a Socialist stalwart who attended the 1921 International Socialist Congress in Vienna, and her father, Joseph Weil, had created the New York Socialist Party’s trademark emblem.

In 1940, the Forward endorsed Klein for the Bronx 8th District seat in the Assembly, a race that she lost. But the next year, after two decades of trying, she finally was elected to the New York City Council, along with two other women. She remained on the council for four years, then lost her 1945 re-election campaign after the American Labor Party removed her from its ticket. (She ran as an independent.)

Klein’s story could have been that of many of her contemporaries: Filled with political fire, she never lost her will to have a say in the future of her city, state and country, despite the many obstacles arrayed against her. As Chana wrote in 2014, she brought “nakhes to the yikhes that was her progressive birthright” — and to the women who came up with her.

‘Sister!’: From the tenements to city council, how the Forward pushed for the women’s vote