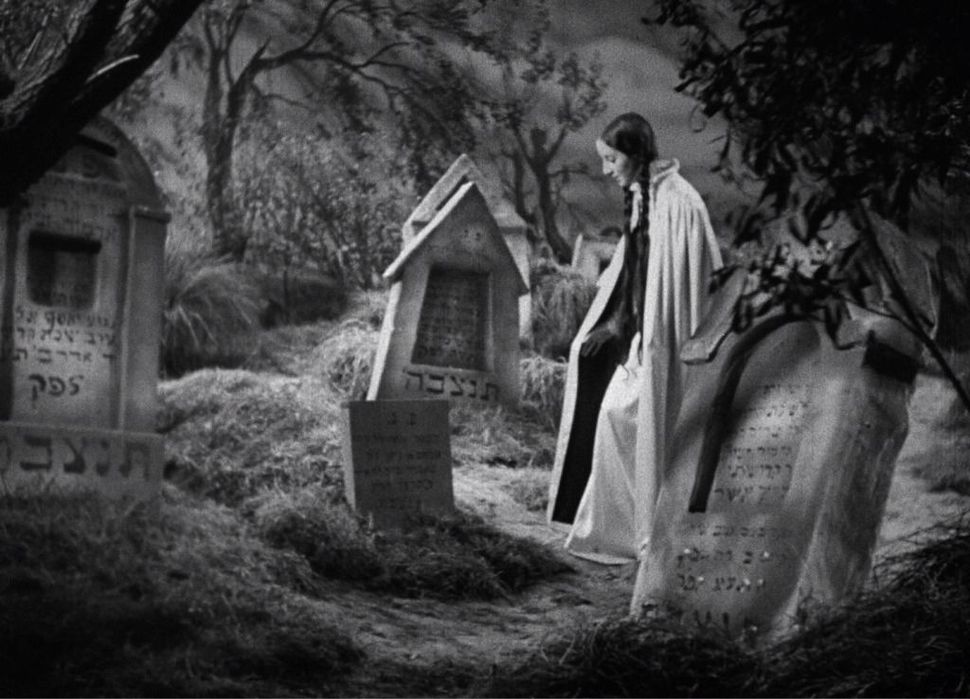 A scene from Michal Wasczyński’s THE DYBBUK, part of the JEWISH SOUL collection from Kino Lorber Image by Kino Lorber

Today, 10 fully-restored classics of Yiddish cinema, featuring new commentary tracks and subtitles, will be available in a box set for the first time. But you may not be able to watch them.

“This is coming out strictly on Blu-Ray,” said Allen Lewis Rickman, an actor and Yiddishist who wrote subtitles for nine of the 10 films featured in “The Jewish Soul: Classics of Yiddish Cinema,” released by distributor Kino Lorber. “That’s fine for cineaste types, that’s fine for people that are collectors, for people that need to count Emil Jannings’ nose hairs. But for the vast majority of people, they have a DVD player forever and they’re not gonna upgrade to a Blu-Ray player; there’s no reason to replace all their discs.”

Rickman, along with his wife, Yelena Shmelenson, and collaborator Shane Baker, strives through irreverent performances to make Yiddish culture accessible to non-Yiddish speakers and young people. He thinks Kino Lorber is missing a large part of the market, and that potential audiences — and guaranteed viewers from the Yiddish community — will miss landmarks of Yiddish film, like the horror classic “The Dybbuk;” “Tevya,” starring Yiddish stage legend Maurice Schwartz as the legendary milkman; and the social drama “Overture to Glory,” about a cantor who leaves his synagogue to sing for secular, non-Jewish society.

The National Center for Jewish Film at Brandeis has been releasing Yiddish films on home video for years on standard DVD, but they are sold individually for around $30 without commentary tracks. Rickman argues that this box set is not just a better value for a collector at $49.95 for 10 films, but also more comprehensive in its special features. On standard DVD, the price would likely be even lower.

Rickman was working on the new titles for about a year before he learned the collection would be exclusive to Blu-Ray. He understands that if Kino Lorber believes there’s a demand, they will issue the box set on DVD.