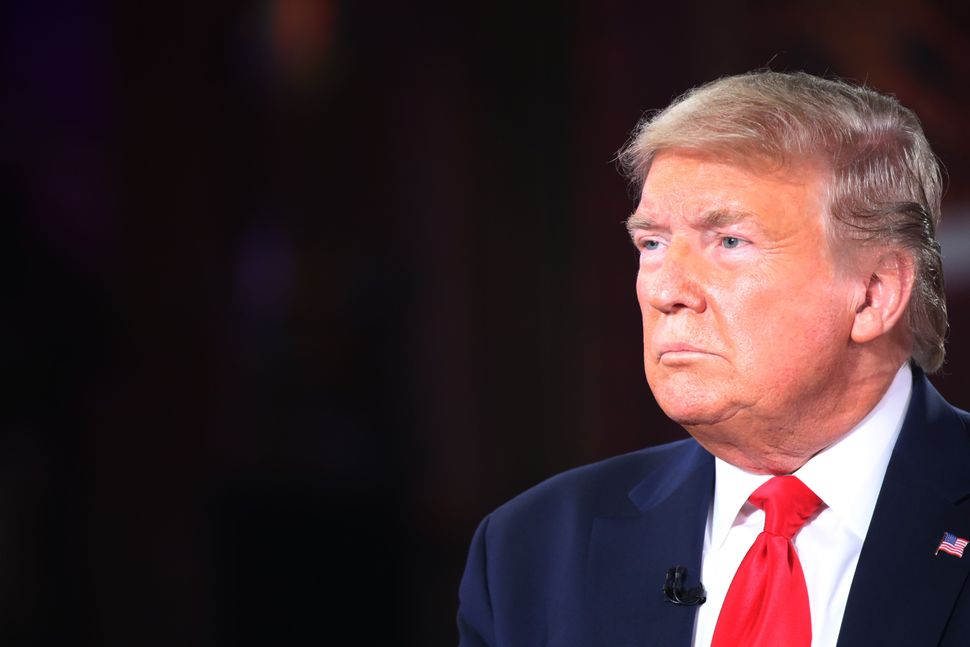 President Donald Trump participates in a Fox News Town Hall event on March 05, 2020 in Scranton, Pennsylvania. Among other topics, President Trump discussed his administration’s response to the Coronavirus and the economy. (Photo by Spencer Platt/Getty Images) Image by Getty Images

On Friday, former President Donald Trump, fresh from his preemptive resignation from SAG-AFTRA, did an end run on a campaign to oust him from the Manischewitz Frequent Buyers Circle by sending a letter of withdrawal — a bold move, given that his punch card was one purchase away from a free box of matzo.

The Forward has obtained what purports to be a copy of the letter, reprinted below:

I write to you today regarding the so-called Zoom Chat to Discuss Future Discount Status aimed at taking away my deals on your Jewish crackers. Who cares!

While I think your crackers taste OK with Diet Coke and work as bread for Filet-O-Fish and my grandkids seem to need them at a long boring dinner, I am very proud to say that I saved the Saltine Cracker union and Tim Ritz loves me. I don’t even drink but hear your wine is terrible and gives you a headache. It’s like you people never heard of bread. Over my long career I’ve had rye bread and sourdough and crustless PB&Js — just to name a few!

Your spokesperson Sammy Davis, Jr. was a loser (said to only have one eye), and I have perfect vision and have helped your company greatly by purchasing bulk orders of your food such as macarons and Geffen fish [sic], among many others.

Which brings me to your obvious attempt to use my patronage for free publicity to distract from your awful products. Your company doesn’t do anything for this country’s pig farmers, and even less for me — unless you count making me give money away when my grandkids find your product wrapped in a towel or competing with my Trump Winery and Trump Steaks — as evident by your rejection of bacon, the great American food, which incidentally would go well with your flat crumbly bread and soup balls.

These, however, are failures of taste. Your bad markdowns are even worse.

I no longer wish to be part of your circle — squares are a much better shape anyway.

At such time this letter is to inform you of my immediate withdrawal from the Manischewitz Frequent Buyer’s Circle. You have done nothing for me. 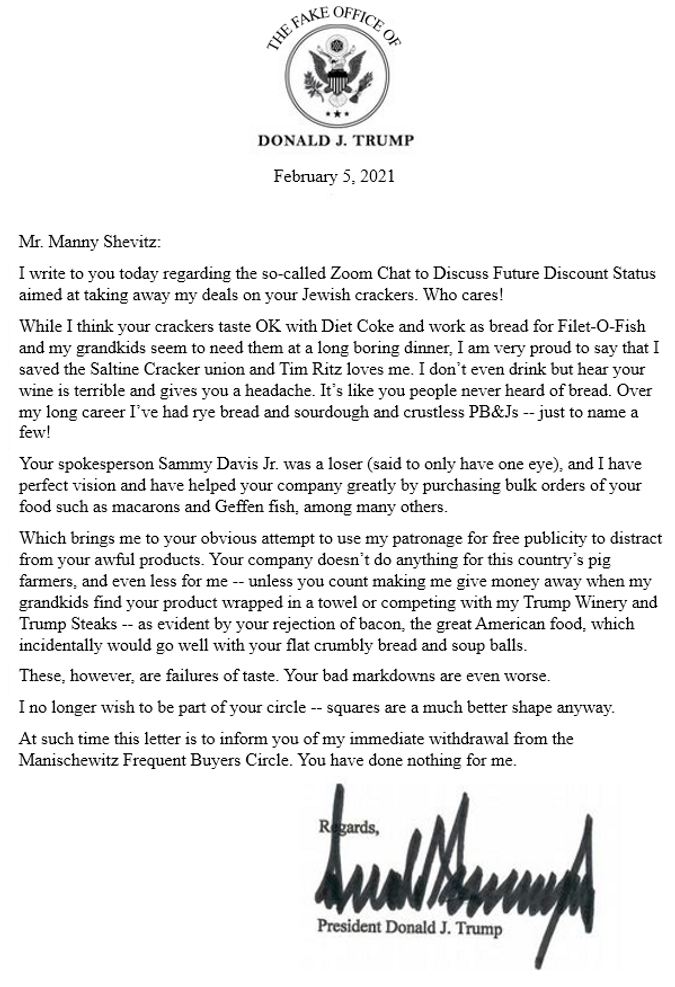