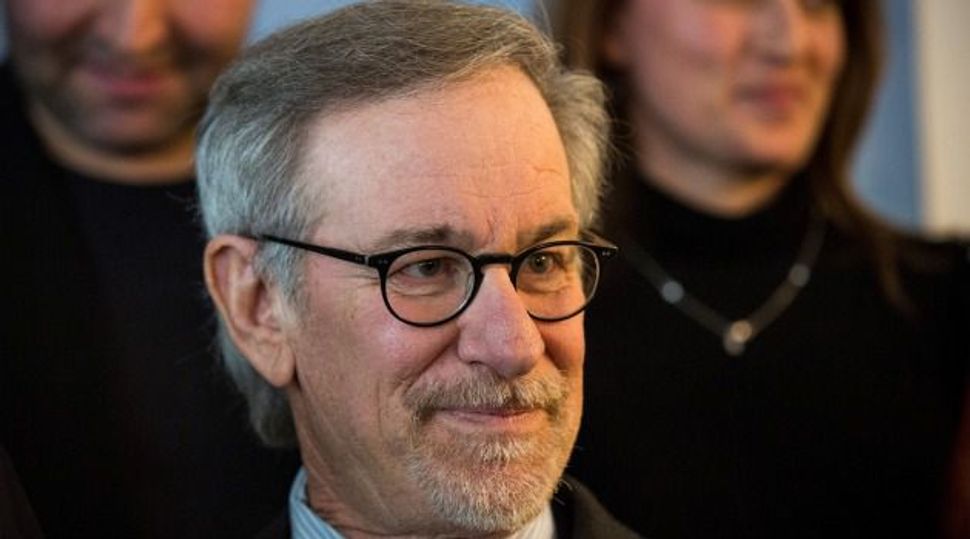 Steven Spielberg’s Oscars are about to have some company.

On Wednesday the Genesis Prize announced that the director behind such films as “Jaws” and “Schindler’s List” was selected for the “Jewish Nobel,” which comes with a $1 million prize.

For the first time in its history, world Jewry was invited to vote on who would win the prize, awarded annually to “extraordinary individuals for their outstanding professional achievement, contribution to humanity and commitment to Jewish values.” 200,000 people on six continents cast their votes and the director emerged victorious over the likes of Barbra Streisand, Sacha Baron Cohen and the late Rabbi Jonathan Sacks. Given Spielberg’s popular reception at the box office and his continued work for Jewish causes, his selection is not all that surprising.

“The award recognizes Spielberg’s outstanding achievement as one the most influential filmmakers in the history of cinema; his social activism and prolific philanthropy; and his principled stance against anti-Semitism and all forms of intolerance,” The Genesis Prize Foundation said in a statement.

In addition to his film work, Spielberg is the founder of the USC Shoah Foundation, which strives to preserve the memory of the Holocaust through filmed testimony, an achievement the GPF also noted.

“Spielberg is a great Jewish visionary and storyteller,” human rights activist Natan Sharansky, who was awarded the Genesis Prize in 2020, said in a statement. “Key Jewish themes are often woven into his narratives: importance of identity and belonging, maintaining humanity in a ruthless world, caring for the other, and honoring the moral obligation to do the right thing. His talent makes them universal: told by Spielberg, these stories come alive in people’s hearts across the globe.”

Of the nominees, Spielberg, whose net worth is estimated at north of $3 billion is — after Salesforce founder Marc Benioff — least in need of the money. But, all previous winners have elected to donate their prize money to charity. Given Spielberg’s history, it’s likely he’ll give his winnings to a worthy cause.

But part of me hopes he just goes nuts and tries to make a real Jurassic Park.