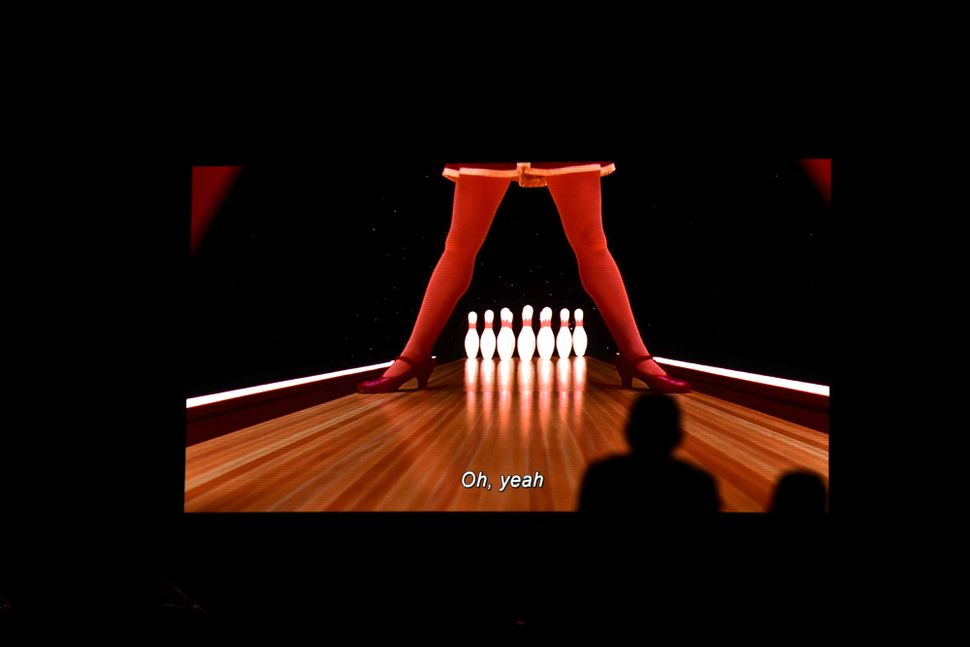 Photo of an outdoor screening of Joel and Ethan Coen’s “The Big Lebowski.” Photo by Getty/Mark Makela/Stringer

Jesus. He shows up on toast. He appears on dental X-rays. He manifests in Lane 5 of a bowling alley in a viral drone video.

Sorry, we don’t mean that itinerant Jewish preacher from the first century. We mean the John Turturro character from “The Big Lebowski.”

In a 90 second short, directed by Anthony Jaska and praised by filmmakers Lee Unkrich and James Gunn, a drone flies through Bryant Lake Bowl, a bowling alley in Minneapolis. It’s all in one, ambitiously choreographed take shot by the film’s director of aerial photography, Jay Christensen. (Gunn made both Jaska and Christensen an offer to lend a hand on “Guardians of the Galaxy Vol. 3.”

Oh my God this drone shot is stupendous. ? pic.twitter.com/bUcfRtq70O

The viewer picks up snatches of conversation, clinking beers and mansplaining score keepers as the camera squeezes through the service area behind the pins and zips around oncoming bowling balls. There’s a lot going on — perhaps too much for COVID times — but if you look closely you’ll spot a gentleman polishing his ball in the suggestive manner of the Dude’s rival.

He’s not wearing his hair net or trademark purple jumpsuit and, mercifully, he does not lick the ball, but it’s pretty clearly a nod to the Coen brothers, themselves proud sons of Minnesota. We’ll count it as a cameo, even if it’s an unofficial one.

It’s certainly an improvement over “The Jesus Rolls.”