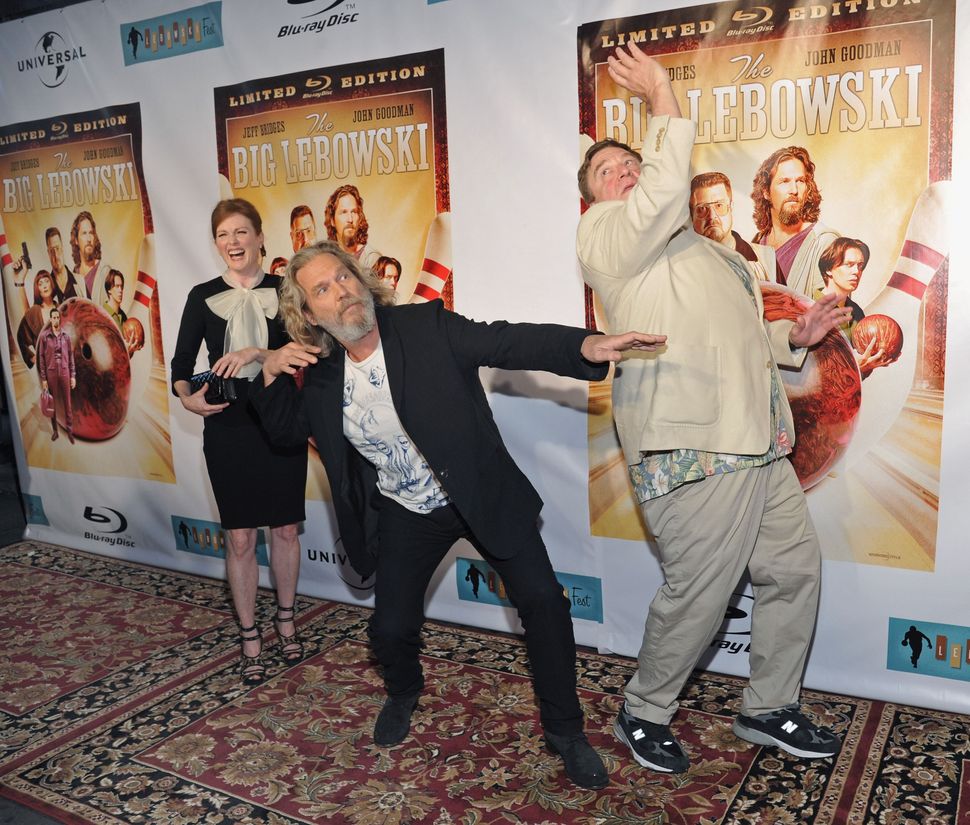 “The Big Lebowski,” aka “Fiddler on the Roof” for dads, hit theaters in 1998. The world has not seen its equal since — a stoner mistaken-identity caper that gives equal screen time to crime and bowling, and which gave us the most immortal and profane quote in Jewish cinema.

And we’re not likely to.

On Thursday, “Lebowski” himself, Jeff Bridges, dropped footage of himself in character, with the caption “Can’t be living in the past, man. Stay tuned.” A fifteen second video of the now-69-year-old actor dressed in his shabby-chic loungewear ends with an oversize tumbleweed rolling down a street, only to reveal the date “2-13-19.”

Can’t be living in the past, man. Stay tuned. pic.twitter.com/zL2CLYhGAM

It’s so tempting to believe that the date suggests a surprise sequel to the cult-classic, until you remember that February 3 is the date of the Superbowl, and that major motion pictures by A-list directors aren’t usually made in total secrecy.

Bridges is likely hinting at a “Big Lebowski”-themed Superbowl commercial. Sort of off-message for a Raymond Carver-inspired Coen brothers movie that has been recognized by the Library of Congress. But then again, we all want to know where our damn money is. Jeff Bridges can’t live on rugs and roaches alone.

Besides, can’t the dude just abide in our hearts and our collectors item “Big Lebowski” VHS tapes? Would we want a Trump-era take on the fine folks of 1991 Malibu? And wasn’t Bridges acceptance speech at the Golden Globes enough of a walk down Jeffrey Lebowski-lane for most of us?

These are questions that will probably be answered by money, not the will of the people. But “The Big Lebowski,” a movie that proves that men can be funny when they really put their minds to it, will reign in cinema greatness forever, regardless of its corporate future.