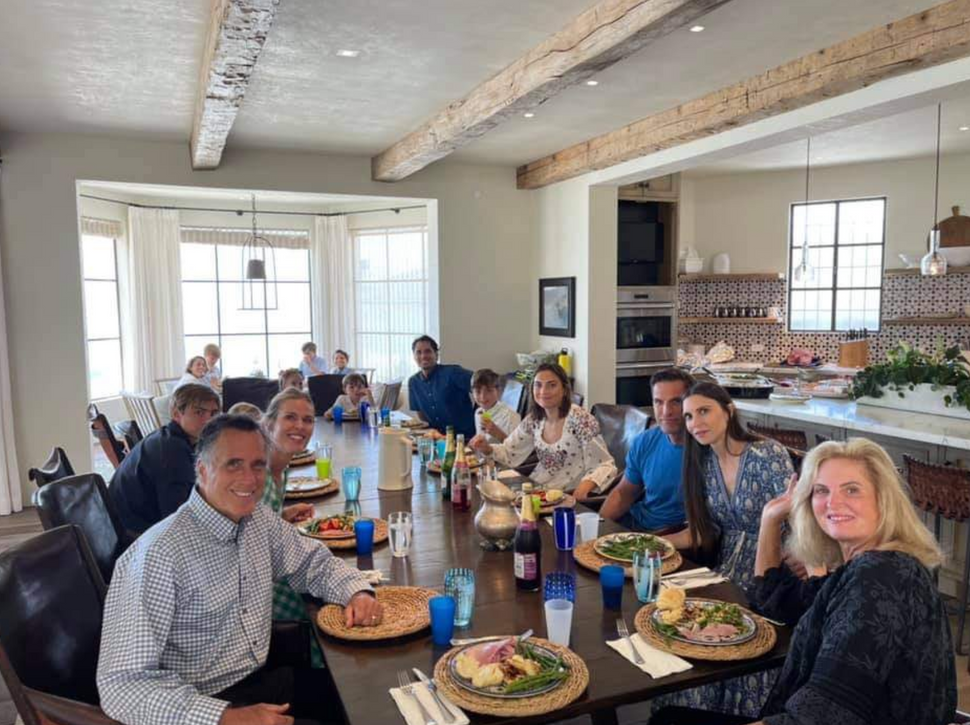 Mitt Romney and his family enjoy an Easter meal — and it looks like they’re drinking some Kedem! Photo by Twitter

Each year around the Easter-Pesach nexus we inevitably have a difficult discussion about cultural appropriation. Thankfully, it looks we don’t need to have that talk with the junior senator from Utah.

While there are some differences of opinion, the holiday discourse usually goes as follows: DO attend a Jewish friend’s Seder if you are Christian, invited and respectful. DON’T have a “Christian Seder” that frames Jesus as the fulfillment of Judaism and neglects the long history of Easter pogroms and massacres inspired by matzah-baking blood libel myths that make it kind of icky. But feel free to sample matzah and — if it looks like the shelves are brimming with it — the sweet elixir of Kosher for Passover Coca-Cola. The conversation can be fraught, but if both parties enter with good faith we can learn a great deal about each other’s faiths and understand how there are more and less desirable ways to engage with another culture. Mitt Romney is doing it right.

At his Easter table @MittRomney is sporting some sparking Kedem grape juice. pic.twitter.com/pEHtlIS2us

It does in fact appear that Romney and his family, members of the Church of Jesus Christ of Latter-day Saints, a religion that abstains from alcohol, were drinking what so many Hebrew school kids have for kiddush and what many adults who deplore Manischewitz wine headaches opt to imbibe at Seders.

The gold foil, the purple band, there’s little mistaking it. And unlike Donald Trump, who was caught with a Coke bottle on his desk after calling for a boycott, Romney’s not hiding the fact that he loves the sweet taste of concord grapes. (Well, maybe a little so as not to appear to be giving an endorsement perhaps in violation of ethics laws — the labels are duly off-camera.)

I can’t fault Romney! Kedem is good stuff and enjoying it is kosher for all faiths. Like that old — and in hindsight, problematic — Levy’s Rye ad says, you don’t have to be Jewish to love it.