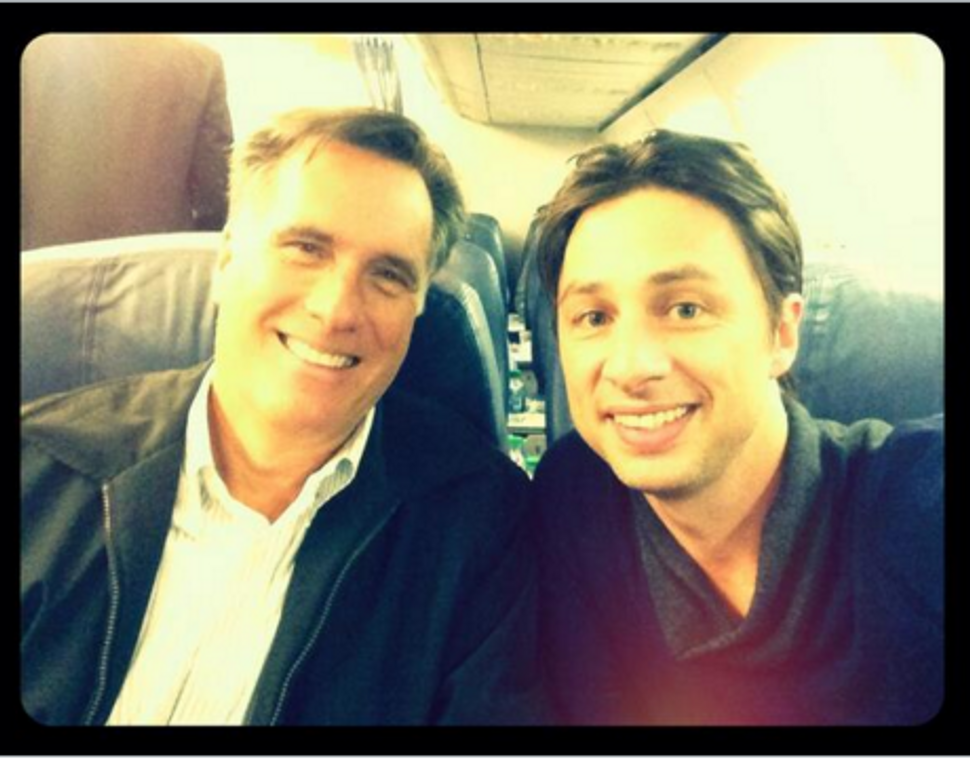 Turns out Zach Braff and Mitt Romney share a surprising, rather spooky connection.

The 41-year-old actor confirmed to TMZ yesterday that he is related to the politician through an accused “witch” who was hung during the Salem Witch Trials.

Their shared relative is Rebecca Nurse, who was sentenced to death in 1692 and later made a featured character in Arthur Miller’s “The Crucible.”

Braff added that the two discovered their connection when they were seated next to each other on a plane back in 2014.

He took to Twitter after their flight to say that despite having different politics, the two had “the best conversation ever.”

LIFE LESSON: our politics are quite different, but @MittRomney and I are having the best conversation ever. Very cool dude.

Nothing like a little witching history to bring people together!