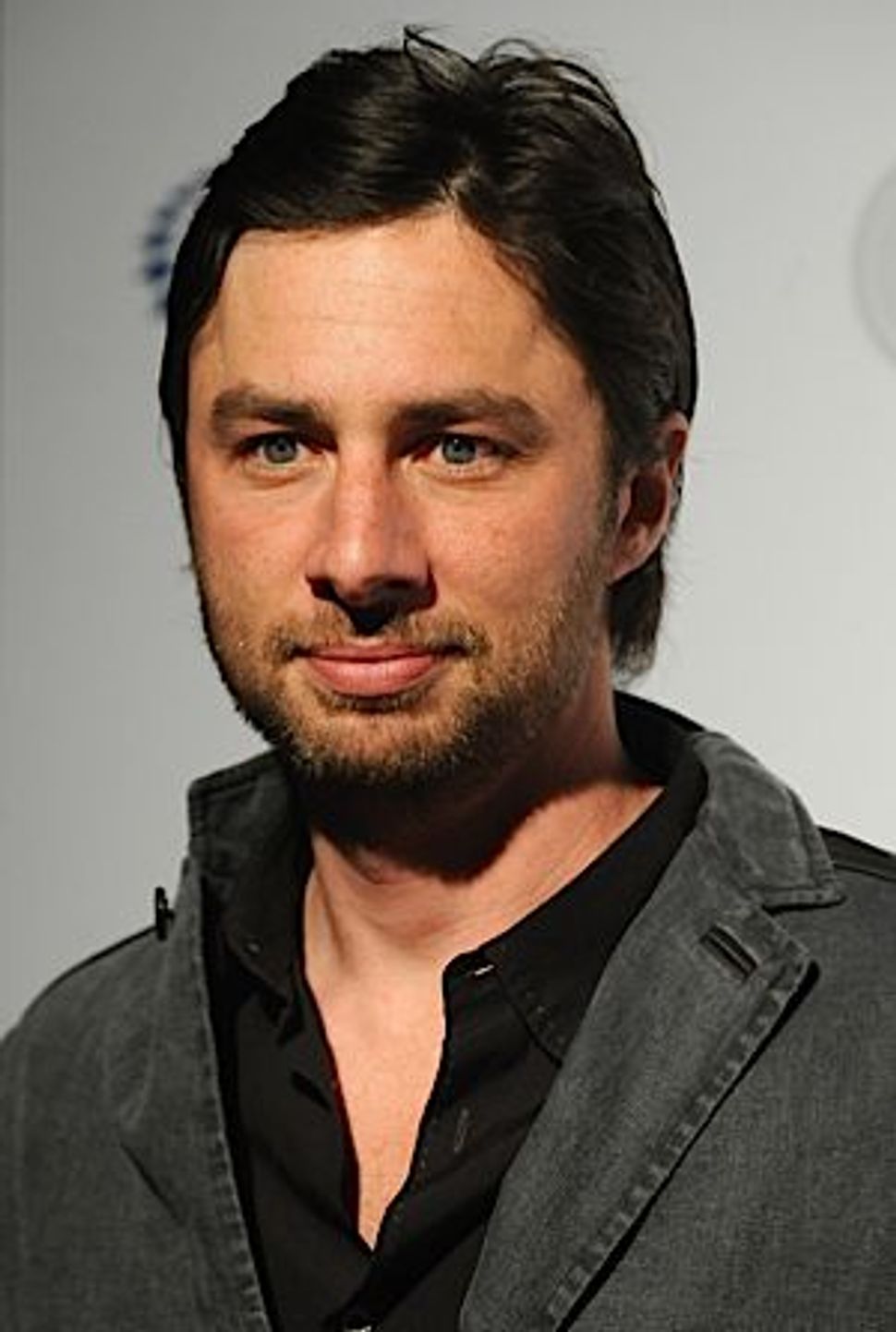 On July 25 Braff opened his first play off-Broadway, at New York’s Second Stage Theatre, though he neither stars nor directs. Titled “All New People,” the story takes place on Long Beach Island, New Jersey. Charlie (Justin Bartha) is in the process of attempting to commit suicide when he’s interrupted first by a ditzy British realtor (Krysten Ritter), then by her fireman friend (David Wilson Barnes) and finally by an escort (Anna Camp) sent by Charlie’s friend to cheer him up. The Arty Semite caught up with Braff in the play’s final week of previews, while Braff was in Detroit acting in Sam Raimi’s “Oz: The Great and Powerful,” due out in 2013.

Gwen Orel: What made you decide not to act in your own play?

Zach Braff: I thought about that. I was kind of talked out of it, and I’m glad I was, by the theater. I really have benefited from sitting in the back row and watching the whole thing take shape.

How is writing a play different from writing a screenplay?

The whole thing takes place in real time. Ninety minutes. In television you grab as many images as time will allow and then say you’ll finish it in the editing room. Here there is no editing room, the editing room is now. The time to figure it out is in rehearsals with the whole company as your collaborators.

Is the main character in the play Jewish and does it matter?

He’s Jewish. He’s written from my perspective. He talks about Hebrew school, about his relationship with God. Like me, he’s a Jew who’s very proud of being Jewish, and has some relationship with God, but is not necessarily a religious person who goes to Temple and keeps kosher. He identifies more with Woody Allen than tefillin.

I saw you MC a benefit for Birthright a few months ago, and you made a lot of Manischewitz jokes. Is that part of your background?

Drinking Manischewitz, or Manischewitz jokes? My parents were not drinkers at all, so Manischewitz I think was the only booze in the house when I was a kid.

Somebody shouted for your Jdate ID as well. Do you get that a lot?

That was funny. I’m very flattered by the amount of wedding proposals I get on Twitter, but that was the first time I’d been asked for my Jdate ID.

Are you on Jdate?

Do you go to shul at all?

I’m also from New Jersey, from just down the road in Millburn. I just wanted to say, thank you.

Because I do not have big hair and long nails, and don’t know anyone who does. How do you deal with the whole Jerseylicious, Jersey Shore thing?

I think Snooki has two million twitter followers and I have I think 140,000. So I’m losing the battle, but I’m still fighting the fight for Jersey.

Do you plan to write another play?

Not today. Eventually I’d love to. I’m going to take a breath and sit back and enjoy being an actor.