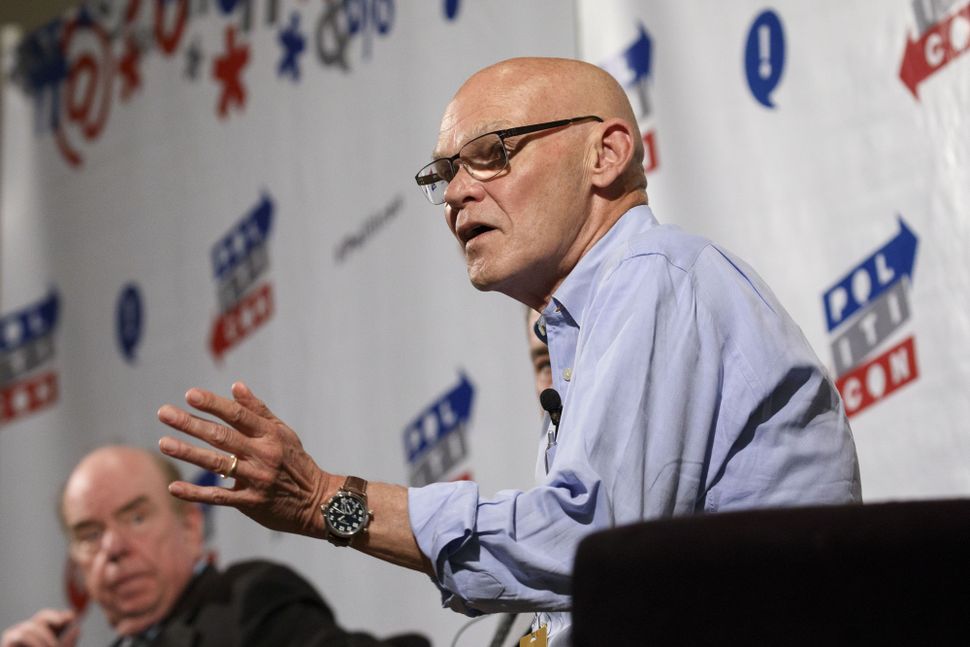 James Carville thinks Yiddish should be the language of voter outreach. Well, kind of.

In an interview with Vox, the longtime political consultant and “Muppets” cast member expressed his concern about “jargon-y language” surrounding subjects like race, suggesting a more accessible form of messaging for Democrats.

“I always tell people that we’ve got to stop speaking Hebrew and start speaking Yiddish,” Carville said. “We have to speak the way regular people speak, the way voters speak. It ain’t complicated. That’s how you connect and persuade. And we have to stop allowing ourselves to be defined from the outside.”

Which is a nice sentiment — if a very antiquated one.

While Yiddish was certainly the lingua franca of Ashkenazi Jews for some time, the analogy makes very little sense in the 21st century. Most regular Yiddish speakers now are Haredi, numbering around half a million to a million people according to YIVO.

While there are plenty of non-Haredi speakers, too, Modern Hebrew is spoken by about 9 million people, no small few of them learned it in Hebrew school to the neglect of other Jewish languages. While Lashon Hakodesh was once the domain of the synagogue, and Yiddish the vernacular of everyday life, the Hebrew revival movement, begun in the 19th century and boosted by the founding of the state of Israel, has completely changed the paradigm.

Still, it’s kind of amazing that Carville had a deep enough knowledge of Jewish history to make such an analogy given how far removed we are from Yiddish’s pervasiveness. But that makes it all the more bizarre as a clarifying analogy for speaking in terms everyday people understand, given how few folks might understand it. (For what it’s worth, ESPN’s Max Kellerman, while a bit perplexed, liked it.)

Because of the strangeness of the statement, it’s possible Carville’s true message to Democrats was more direct than it seems: Start courting the Yiddish vote.