Inside the Hidden History of Rosenwald Schools 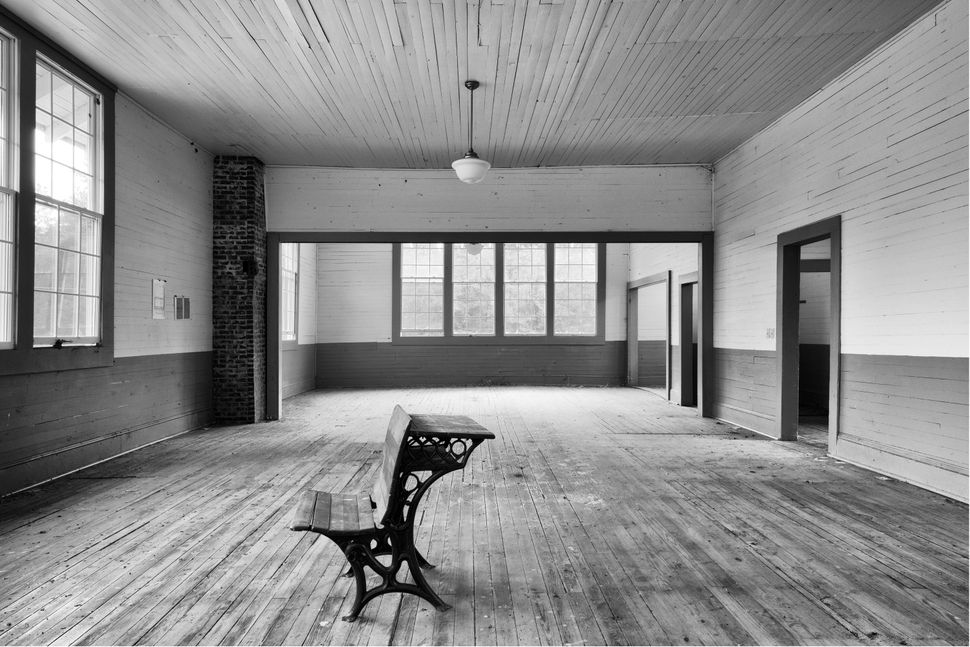 Julius Rosenwald, the son of Jewish immigrants who fled religious persecution in Germany, turned Sears, Roebuck & Co. into America’s largest retailer. Booker T. Washington, who was born into slavery, created the Tuskegee Institute and led the college for more than 30 years.

Their groundbreaking partnership in the early decades of the 20th century led to a transformative initiative: the creation of 4,978 schools for African American children in 15 Southern and border states.

The program reshaped America. Economists at the Federal Reserve said the Rosenwald Schools were the most significant factor in the narrowing of the South’s racial education gap between World War I and II. Further, they were a meaningful force in the rise of the civil rights movement. Educating Blacks helped belie the canard that African Americans were intellectually inferior and many of the leaders and foot soldiers of the movement attended Rosenwald schools.

I first became aware of these historic structures in early 2015, through a preservationist who had dedicated her career to saving these historic structures. The story shocked me: How could I have never heard of Rosenwald schools before? I am a fifth-generation Jewish Georgian who had spent my life working on progressive causes, a photographer whose art was focused on giving voice to my civic values.

So I set out to tell the story of these schools. Over three and a half years, I drove more than 25,000 miles and photographed 105 of the surviving schoolhouses in all 15 program states. The work includes interiors and exteriors, schools restored and yet-to-be restored, and portraits of people with compelling connections to these schools.

My just-published book, “A Better Life for Their Children,” pairs these photos with brief narratives, telling the stories of Rosenwald schools’ connections to the Trail of Tears, the Great Migration, the Tuskegee Airmen, embezzlement, murder, and more. Its foreword is by the late Congressman John Lewis, a Rosenwald school alum. A traveling exhibition of this work will premiere at the National Center for Civil and Human Rights in Atlanta on May 22.

Rosenwald and Washington built one of earliest collaborations between Jews and African Americans. It was a foundational alliance that pressages Dr. Martin Luther King, Jr. marching arm in arm with Rabbi Abraham Joshua Heschel, who said of the experience, “It felt like my feet were praying.” And it pressages the partnership witnessed earlier this year as Jon Ossoff and Raphael Warnock crisscrossed Georgia together and became my state’s first Jewish and first African American members of the United States Senate. 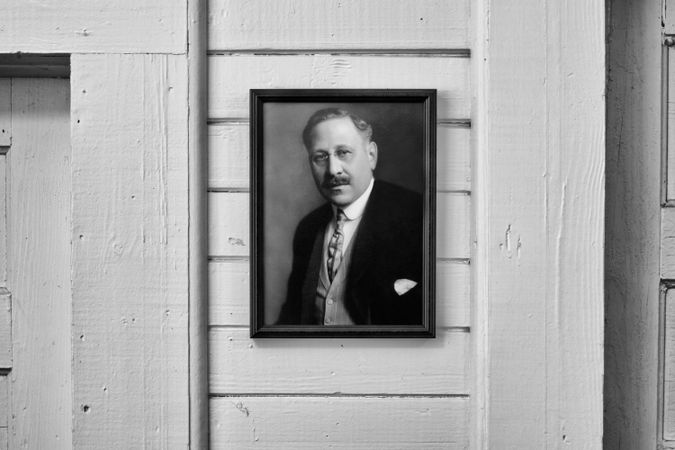 Julius Rosenwald, working in the garment trade, became a supplier of men’s suits to Sears, then a nascent catalog retailer. In 1895, Rosenwald joined with his brother-in-law, Aaron Nussbaum, to buy out Alvah Roebuck. Nussbaum would later exit the business, and eventually Rosenwald would buy out Richard Sears. Rosenwald led the company from 1908 until his death in 1932.

Rosenwald’s new and exceptional wealth enabled him to become one of the earliest and greatest philanthropists in American history. The vast bulk of his wealth he dedicated to what he called the “uplift” of African Americans. Rosenwald felt a deep affection for America as a haven from antisemitism. He saw that haven weakened by the country’s ongoing treatment of Blacks. Once asked why he was doing so much to support African Americans, he said “I am interested in America. I do not see how America can go ahead if part of its people are left behind.” 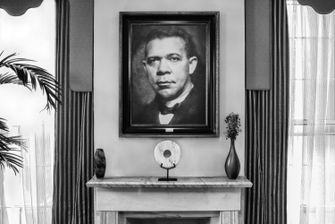 Booker T. Washington was one of the most prominent African American voices of his time; his memoir, Up from Slavery, remains in print today. Julius Rosenwald read Up from Slavery in 1910 and was impressed with Washington’s drive and passion for education. Mutual friends recommended Rosenwald to Washington as a potential board member for Tuskegee.

The two men met in Chicago in 1911, and the next year Rosenwald did, indeed, join Tuskegee’s board. The two also began a lengthy correspondence about how they might collaborate further and soon focused on schools for Black children. As Washington wrote to Rosenwald, “There is nothing just now more needed in the education of the colored people than the matter of small school-houses and I am very anxious that the matter be thoroughly planned for and well worked out.” In 1912, Washington and Rosenwald launched their school-building initiative. 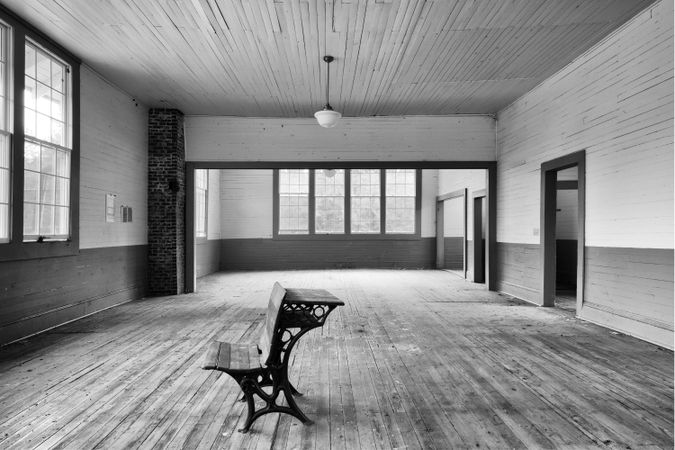 The Emory School, in Hale County, Ala., is likely the oldest surviving Rosenwald school, built around 1915. The schoolhouse illustrates the progressive design features that were central to the Rosenwald program.

Large double-hung windows let in lots of light, since most schools initially lacked electricity. Cloakrooms served to keep muddy outdoor garments separate from the learning spaces. The two classrooms were separated by a movable partition— a series of doors—that could be retracted so that the full space could be used as a community center outside school hours.

These features were first expressed by a team of Tuskegee architects led by Robert Robinson Taylor, the first African American to attend the Massachusetts Institute of Technology and the first accredited African American architect. Taylor was the great-grandfather of President Barack Obama’s adviser Valerie Jarrett. 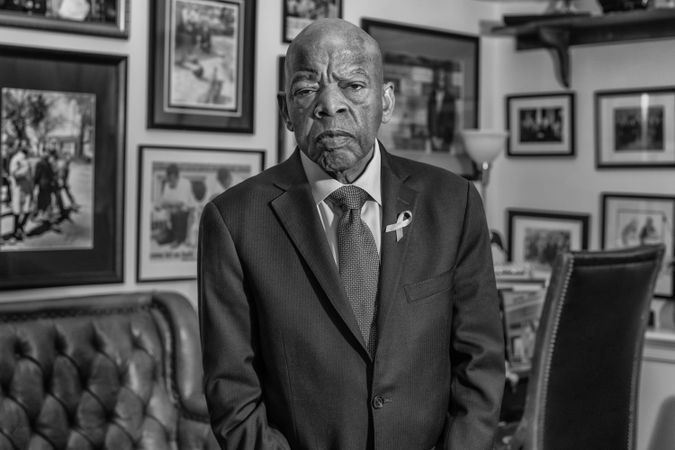 Lewis, who chaired the Student Nonviolent Coordinating Committee in the 1960s and later became a long-serving congressman from Georgia, was one of many civil rights icons who attended a Rosenwald School (Dunn’s Chapel, in Alabama). Medgar Evers, a Rosenwald school student, became Mississippi field secretary for the NAACP. He was later murdered for his activism. Poet and writer Maya Angelou became the northern coordinator for the Southern Christian Leadership Conference. She would later write about her days in an Arkansas Rosenwald school in her memoir, I Know Why the Caged Bird Sings. 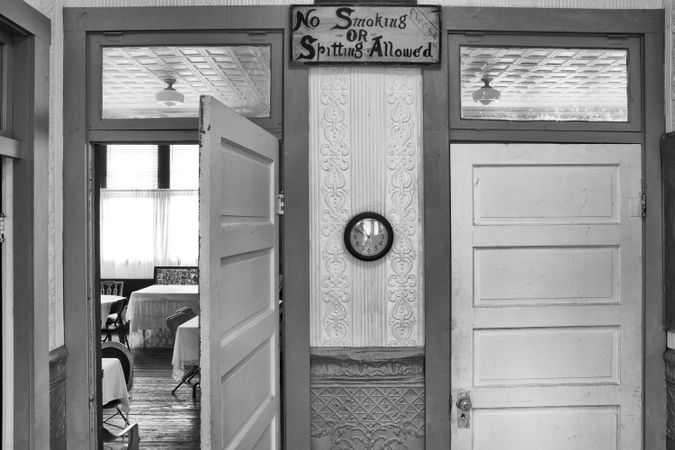 Decorative pressed tin covers the walls and ceilings of the Lincoln School, an illustration of the pride the Black community had in their schoolhouse.

The Rosenwald schools program was innovative and sophisticated. Rosenwald essentially provided challenge grants, requiring the local Black communities to contribute to construction. Some contributed cash, others land, materials and labor. The local (white) school board had to agree to own, maintain, and staff these public schools.

In the early years of the program, contributions from the black community and Rosenwald played an outsized role. That shifted in part because Rosenwald’s contributions leveraged nonpublic dollars and thus made public funding more politically palatable. But another powerful driver of white support was the Great Migration. Faced with losing the labor force, the white community gathered the political will to provide more public money for Black schools. 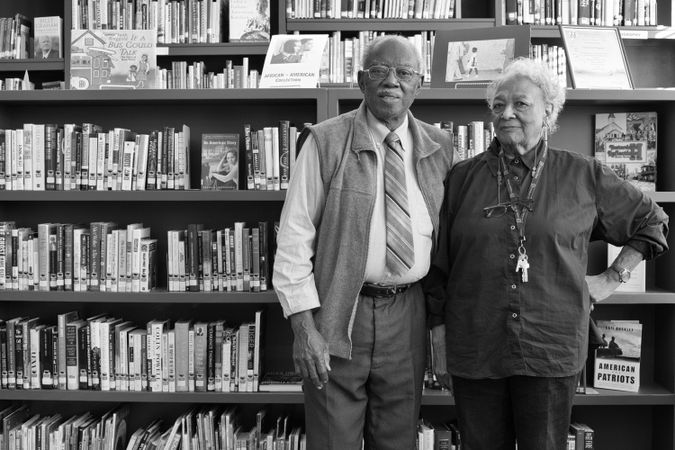 Charles Albert and Ernie Tyson were classmates at Peck High which served Nassau County, Florida, from 1927 to 1969. After graduating in 1949. Tyson went to college and became a teacher. Albert joined the army and spent several years deployed to Japan.

Reconnecting after his return, and at Tyson’s insistence, Albert went to college. He, too, became a teacher. Tyson taught first grade at Peck and at other places; Albert taught chemistry and biology, first at Peck and then at other schools. And Albert went into politics, eventually becoming mayor of Fernandina, the first African American to hold that post since Reconstruction.

Peck High closed in 1969 and sat abandoned for decades, until Albert led the fight to save the building. Today the facility houses a Head Start program, municipal offices, and offices of not-for-profits. And in her old fourth-grade classroom, Tyson runs a children’s library, a position she originated and has held for two decades. Students becoming teachers become the keepers of the flame of history and memory. 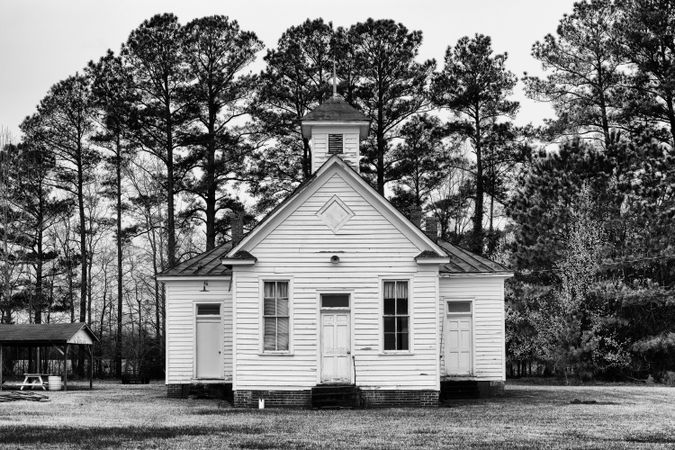 One of the core principles of Rosenwald schools was modest design. Such humility was in part to control costs and in part to avoid provoking a backlash, specifically arson, from the local white citizenry.

Cupolas were especially anathema, for they were seen by some at the Rosenwald Fund as derivative of church architecture and thus a violation of the separation of church and state.

But despite being offered architectural plans and design guidelines, Black communities often adjusted designs in an expression of agency. At Pleasant Plains, the community wanted a cupola, and they built a cupola. 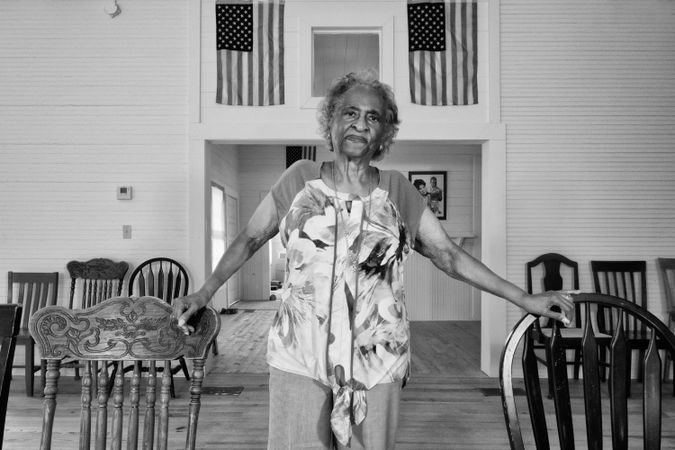 Vernon Dahmer attended the Bay Springs School in Forrest County, Mississippi, which served from 1925 to 1958. He became the head of the NAACP in Forrest County, and when the school closed, Dahmer turned the building into a center for civil-rights activism. He was later murdered by the Ku Klux Klan.

Ellie Dahmer also attended a Rosenwald school, one in Jasper County, Mississippi. She began a long education career as a teacher at Bay Springs. The schoolhouse was recently restored by the Dahmers’ son Dennis. It now again serves as a community center.

Andrew Feiler is the photographer and author of “A Better Life for Their Children: Julius Rosenwald, Booker T. Washington, and the 4,978 Schools that Changed America,” which was just published by the University of Georgia Press. An exhibition of these photographs opens May 22 at the National Center for Civil and Human Rights in Atlanta.

Inside the Hidden History of Rosenwald Schools