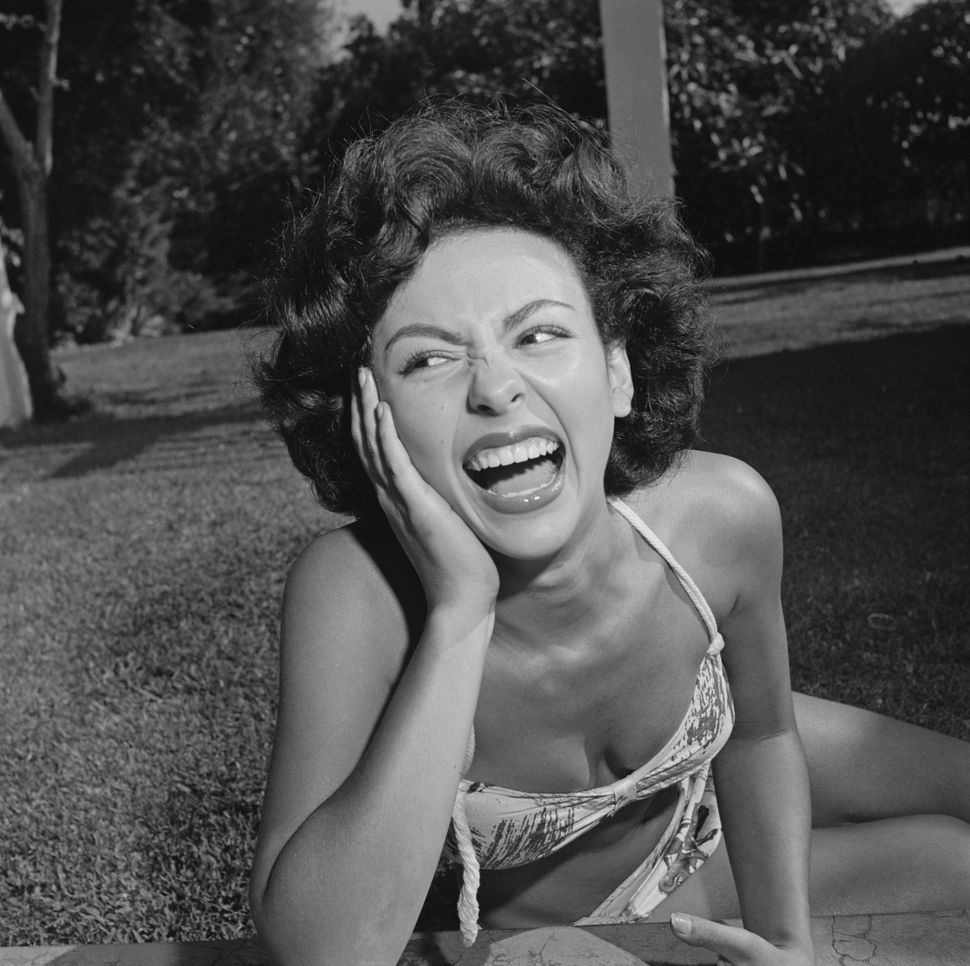 At age 89, Rita Moreno is still going strong, with a role in the upcoming remake of “West Side Story” by Steven Spielberg (she starred as Anita in the original film) and a leading role in the rebooted TV sitcom “One Day at a Time,” which was an ongoing venture until filming was shut down due to COVID. Moreno, whose remarkable, barrier-breaking career includes being one of the very first actors to pull off an EGOT — winning an Emmy, Grammy, Oscar and Tony award — is being celebrated in a new PBS American Masters documentary, “Just a Girl Who Decided to Go for It,” which goes into theatrical release this Friday, June 18, and chronicles Moreno’s early life and her storied career.

Perhaps the film will also settle a longstanding rumor about Moreno once and for all. One of the first entertainers from Puerto Rico to break into the American mainstream, Moreno reportedly believes that she is descended from crypto-Jews from 15th century Spain. According to a story published in the Detroit Jewish News in December 1964, Moreno told attendees at the annual Hanukkah luncheon of the American Jewish Congress National Women’s Division about how “she developed an uncanny feeling of identification with Jewish folkways, folklore and history.” Upon learning that some Jews publicly converted to Christianity while privately clinging to Jewish worship and customs under pressure of the Spanish Inquisition, Moreno entertained the notion that she may indeed be the progeny of Marranos.

Regardless of her ancestry, Rita Moreno has lived a rich life in the entertainment world and one that has often found her living and working in a Jewish context. After having well-known affairs with Marlon Brando and Elvis Presley, Moreno settled down in 1965 and married Dr. Leonard Gordon, a cardiologist and internist at Mount Sinai Hospital in Manhattan. The two remained married for 40 years, until 2005, when Gordon died.

In “Rita Moreno: A Memoir,” Moreno paid loving tribute to Gordon and his Jewish family. “When I inherited a family, these dear Jewish people who were so sweet and welcoming, it was marvelous. They were wonderful to me, always,” she wrote. On their first Christmas together, the Gordons came to visit. “As a ‘gift’ to Lenny,” writes Moreno, “I cooked a traditional Jewish meal. And Lenny’s aunt, Tanta Shirley, looked at the spread on the table and asked, ‘Vat, no toikey?’” Gordon had flown Moreno’s family in from Puerto Rico. “For the first time since my childhood in Puerto Rico, I felt I had a family,” she wrote. “The room was filled with the sound of klezmer music from the hi-fi…. No few bottles of Manischewitz later, we all danced a tipsy salsa!”

Moreno and Gordon first met on a blind date arranged by a mutual friend. Moreno told Gordon to meet her outside the theater after a Broadway show, leaving him to wonder if he was date No. 2 of her evening. When he looked up at the marquee, it read, “Rita Moreno in ‘The Sign in Sidney Brustein’s Window’,” and he finally realized that his date was the Rita Moreno. Incidentally, Moreno played the role of Iris, Sidney Brustein’s wife, in the play, foreshadowing the mixed marriage she would soon embark upon with Gordon in real life.

When it came time for Fran Drescher to cast the role of her very Jewish mother in the sitcom “Happily Divorced,” which she created and starred in, Moreno was trained and ready. The comedy, which ran from 2011 to 2013, was based on Drescher’s own life, and Moreno did not skip a beat stepping into the role. Drescher was reportedly astonished at Moreno’s perfect New York Jewish accent.

“When I auditioned for the role, I auditioned with Fran playing herself and I think they were delighted that I had that accent,” said Moreno. “I love using it. I like accents anyway, and I do have a very good ear — so good, in fact, that one day when we were rehearsing our kitchen scene with Fran, she stopped the rehearsal and said, ‘Have you ever played a Jewish woman before?’ I said, ‘No, I have always wanted to because it is so rich.’ She just said, ‘Amazing.’” Moreno said at the time, “I am playing a New York Jewish woman. I am as happy as an uneaten clam.”

Moreno first left Puerto Rico when she was just five years old. After a short stint in the Bronx, her family moved to Valley Stream, Long Island, where, as a child dancer, she says she performed “at all kinds of bar mitzvahs and Jewish weddings and Catholic weddings as well. I was an equal opportunity little Carmen Miranda.”

Moreno says that one of her favorite books is “The Yiddish Policemen’s Union” by Michael Chabon.

In the 1950s, Moreno garnered supporting roles in films including “Singin’ in the Rain” with Gene Kelly and Debbie Reynolds and Rodgers and Hammerstein’s “The King and I,” alongside Yul Brynner and Deborah Kerr. She then hit paydirt with her role as Anita in Jerome Robbins’s film adaptation of Leonard Bernstein and Stephen Sondheim’s groundbreaking Broadway musical “West Side Story.” In the upcoming remake of the film, directed by Steven Spielberg, Moreno returns to the cast as Valentina, the widow of Doc, who now runs his candy store.

In the 1970s, Moreno had a recurring role on the PBS children’s series “The Electric Company,” and appeared in dozens of films and TV episodes in the ensuing decades, including her well-known stint as the voice of Carmen Sandiego on the animated series “Where on Earth Is Carmen Sandiego?”

In 2016, Moreno told The Week magazine that “The Yiddish Policemen’s Union” by Michael Chabon was one of her six favorite books. “Hearing my late husband, Lenny, laugh out loud while reading this book made me so curious that I couldn’t wait for him to finish,” wrote Moreno. “‘Stop kvetching and buy your own copy,’ Lenny said. So I did.” She loved it.

The upcoming PBS documentary promises a candid look at Moreno’s struggles, including her experiences with racism and sexual assault in Hollywood. Among those paying tribute to Moreno in the doc are Gloria Estefan, Lin-Manuel Miranda, Eva Longoria, Mitzi Gaynor, Morgan Freeman, Whoopi Goldberg and Norman Lear.