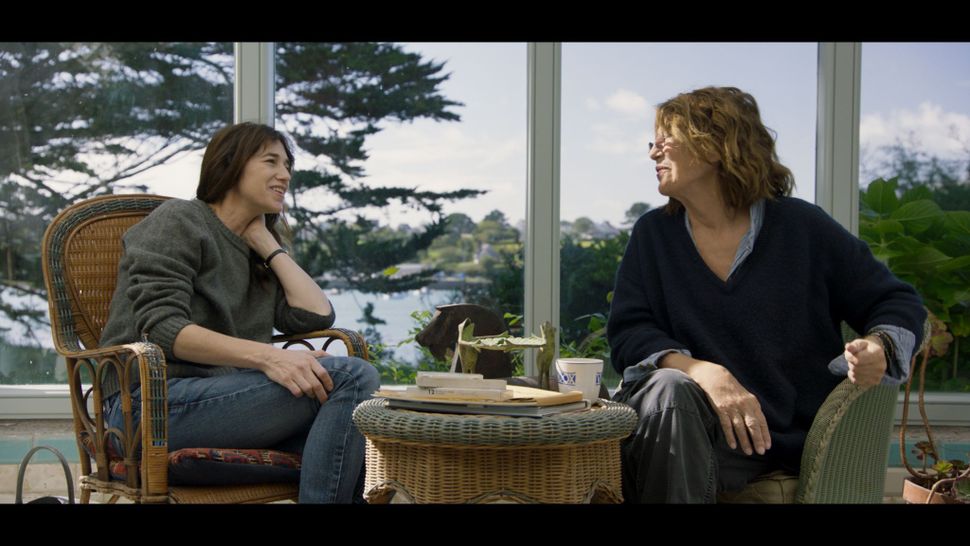 “When you were about 14 years old, I was dying to see you naked,” Jane Birkin tells her daughter Charlotte Gainsbourg towards the beginning of “Jane par Charlotte,” a documentary about the duo that had its world premiere earlier this week at the Cannes Film Festival.

It’s one of the most provocative moments in the film, Gainsbourg’s directorial debut. Speaking from under a tent by the rooftop pool of the Cannes Marriott hotel, Gainsbourg, 49, expressed surprise that the film she made “as an excuse to get close to her mother” was selected for cinema’s most prestigious showcase, although it’s difficult to imagine anything more à propos. Charlotte took home the festival’s Best Actress award for Lars von Trier’s “Antichrist” in 2009, and her iconic parents, Birkin and the French music icon Serge Gainsbourg, are the kind of French cultural royalty that Cannes was made for. 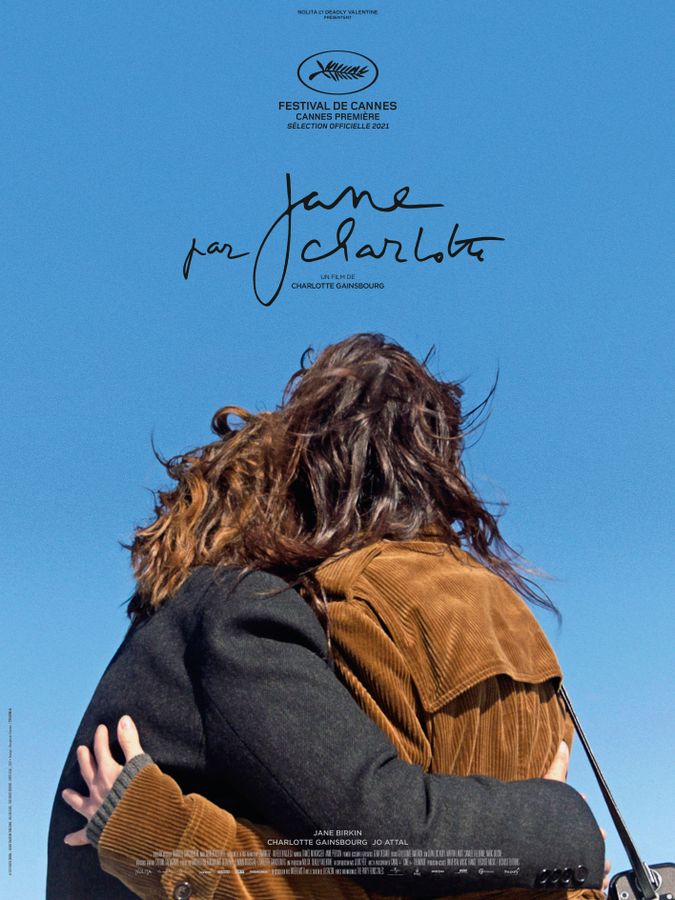 Gainsbourg decided to train a camera on her mother seven years ago, after she left Paris for New York following the death of her sister, the photographer Kate Barry. (Barry was born to Birkin during her first marriage, to the composer John Barry.) She hired a film crew and shot some initial footage in Japan, while Birkin was on tour, but felt that the preliminary steps had gone poorly. Revisiting the project later on, after seeing “The Center Cannot Hold,” Griffin Dunnes’ revelatory documentary about his aunt Joan Didion, she decided to complete the film by herself, filming Birkin primarily at her seaside house in Brittany, with brief stops in New York and Paris.

As Charlotte focuses her lens on Jane, the mother opens up about her thoughts and fears about aging and their tender, if fraught, mother-daughter bond.

“You were intimidating as a child,” Jane says during the Japan segment, trying to account for a mutual shyness that Charlotte suggests has always flowed between them. “Very early on. I felt privileged to be in your presence,” Jane continues, adding that it was something she didn’t necessarily feel with her other children.

“You were much more mysterious to me, like uncharted territory. Your answers always surprised me. You were so private, and so secretive. I didn’t have any clues,” she says.

When, moments later, Jane describes her urge to see her daughter naked as a teenager, Charlotte tells her mother that she felt the same thing with her middle child, Alice.

“I asked to touch your breasts,” Jane tells Charlotte, who remembers the incident. “I really wanted to, but I also knew that you might take it the wrong way and say no, or worse, you’d feel obliged to say yes, making you feel extremely embarrassed. But I just found you so beautiful and I wanted to know how it felt and how you’d developed, because you hid your body at an early age. And you replied: ‘Yes, go ahead.’ So I touched you and I felt… almost perverse for asking to touch you and that you had to say yes. I wanted to be tactile with you.” Charlotte reports that her own daughter refused her when she made a similar request.

This admission of a mother’s curiosity and even desire for her daughter’s beauty is a far cry from the flamboyant provocations of Serge’s Gainsbourg’s artistic love letters to his daughter. In 1984, when she was 13, she cooed along with him on “Lemon Incest” — the music video featured features her lolling on a bed with her topless father. Two years later, she co-starred with him in his film “Charlotte For Ever,” about a man who develops sexual feelings for his teenage daughter after the death of his wife.

In “Jane par Charlotte,” we never learn how Birkin reacted to Serge’s obsession with Gainsbourg. (The star couple had long since broken up by the time “Lemon Incest” was released.) Generally, the film generally has little to say about Gainsbourg’s father.

On the roof of the Marriott, however, Gainsbourg opened up about how her early experience working with her father all those years ago colored her decision to include aspects of her personal life in her first film.

“When I started to do films and music with my father, I hated interviews. I hated having to talk about my parents, because that’s what people wanted to hear about,” she said.

“I didn’t want people to know the names of my children. It was very much a repercussion of what I had gone through as a kid, because it was just like that. So I was very against sharing everything that felt intimate. But gradually I also understood that with my father, his way also of being with me was to say that he loved me to other people. And to put me in a song was an indirect way of saying that we loved each other. I also understood that it was not a game but a part of our way of expressing ourselves.”

She has no regrets about that period in her life. “If I hadn’t done ‘Lemon Incest’ and all the things that I did with my father, I would miss something. It’s a treasure for me,” she said.

In “Jane par Charlotte,” Gainsbourg takes Birkin to see Serge’s cluttered apartment on Rue de Verneuil, which has been left more or less intact since he died of a heart attack in 1991. Gainsbourg has spearheaded efforts to turn the apartment, in the elegant seventh arrondissement, into a museum, which is set to finally open in the fall. Touring the dusty rooms, chock full with bric-a-brac, art and garbage, Birkin says that it reminds her of Pompeii.

But that scene is his only real appearance. “There’s always his shadow somewhere and I really wanted to focus on her,” Gainsbourg explained of her decision not to include more material about her father.

“I wanted her at the present, who she is, her originality, how funny she is.”

In making the film, Gainsbourg is referencing — and pointedly departing from —Agnès Varda’s 1988 documentary about Birkin, “Jane B. par Agnès V,” which also features the young Charlotte. In that film, Varda muses on her reasons for choosing Birkin as a subject.

“Why would I make this film?” the director asks rhetorically. “Because you’re beautiful. Like a chance encounter on an editing table between a perky tomboy and an Eve in modeling clay.”

In her film, Gainsbourg deliberately chooses not to focus on her mother’s beauty. That choice seems a plea for audiences to look past the glamor that largely defined her mother’s life and career. As refreshing as that is, however, one leaves the film wondering about many of the issues between the two singer-actresses that go unseen. At times, the lack of clarity of context around their conversations can be confusing, if not downright infuriating. We sense that as provocative as some of their admissions are, these are two deeply private people who insist on a careful curation of their highly aesthetic public image.

While above all a love letter to her mother, Gainsbourg admits that “Jane par Charlotte” is also, in part, a film about herself. And while she’s new to directing, she doesn’t see the documentary as a departure from her other work as an actress, which has often been an effort of soul-bearing intensity, especially in her collaborations with von Trier. “It’s a mixture of being shy and wanting to share a little too much,” she said with a soft laugh.