A “Black x Jewish” way to confront racism and antisemitism 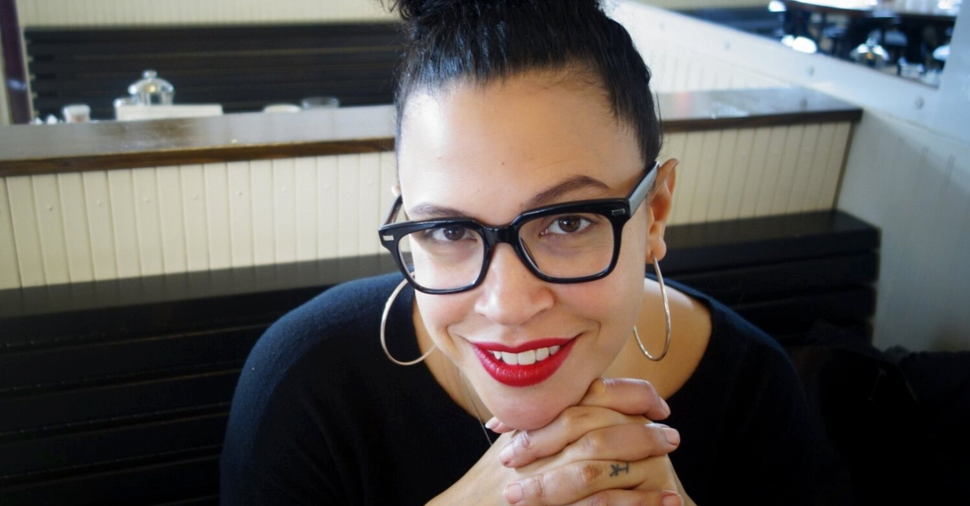 A BET special, “Content for Change: Black x Jewish,” explores the histories of oppression experienced by Black Americans and non-Black Jewish Americans, as well as the need to build solidarity between the groups. Its producer is Lacey Schwartz Delgado, a Black Jewish woman whose internationally acclaimed film “Little White Lie” revealed her own complex identity journey.

The program’s participants — some of whom, like Delgado, are Black and Jewish — include Rep. Hakeem Jeffries, a Brooklyn Democrat; social-media influencer Hannah Bronfman; Eric Ward, a national expert on the origins of hate violence; Rabbis Jill Jacobs and Sharon Brous; entertainer and diversity strategist Rain Pryor; scholars Obery Hendricks and Susannah Heschel; radio personality Ebro Darden; and Yavilah McCoy, a diversity consultant. They discuss how racism and antisemitism are often used to divide Black and Jewish communities, and how that divide might be bridged.

The special airs Thursday at 9 p.m. EDT on BET and will be available on BET.com beginning on Friday. I spoke with Delgado, who describes the show as “focusing on the overlap of racism and antisemitism around the common enemy of white supremacy,” on Wednesday. Here are excerpts of our conversation, lightly edited for clarity.

How was “Black x Jewish” created?

BET and, more broadly, Viacom, wanted to carve out and have a space for a conversation to look at these issues. They reached out to me to collaborate, which I was really interested in doing. We looked at it as a conversation-starter in an exciting space.

On Facebook you stated that, like many of us, you’ve been at this intersection for a long time. How did your experiences factor into your approach to the project and your conversations with such a diverse group of participants?

We really wanted to look at the connection between racism and antisemitism in the American context and how they come together. The show is really set up around the events of Jan. 6, 2021: the highs and lows of having the first Jewish senator and the first Black senator elected in Georgia — both Democrats in a predominantly Republican state — and that same day seeing antisemitism and racism side-by-side in the events at the U.S. Capitol building. We wanted to look at what’s happening with the increase in antisemitism and the increase in hate crimes in general, and with racism — where is the intersection and how do we come together to work around these issues.

How is this personal to you?

Many of us who identify as Black and Jewish understand that a lot of times the conversations are about the Black community in America, and the Jewish community in America. But many of us feel very connected to both of those communities. And I felt one of the biggest things that was really important — and BET absolutely felt this way as well — was that we feature Black Jewish voices.

Many of us are working in both spaces to deal with issues of race, to deal with issues of antisemitism, who feel very connected to both our Black and our Jewish identities and communities. That experience must be represented and not just in terms of the fact that we exist, but in terms of the fact that there are many incredible people who are doing the work in many different spaces who are both Black and Jewish.

What is the significance of these conversations taking place on BET, whose audience is primarily African American?

It was extremely exciting to me to have this conversation in a Black cultural space. Many others and I have had these conversations in other spaces. This felt like a real opportunity to not only bring non-traditional BET viewers to the network, but to include their core audience in this particular exploration of racism and antisemitism.

What was the most challenging aspect of this project?

The biggest challenge is that it’s such a huge topic — like the ocean — with a million things you could talk about it.

We really look at this as a conversation-starter to say there’s a lot to be said. Sometimes this involves hard conversations, but we need to be together; we need to have the conversation. We wondered how you ask the questions without necessarily being able to answer them in the time you have available. I think we have some pretty great thinkers who can really help to address that.

What did you learn and take away from this experience?

I am constantly wrestling with not just my own identity, but my own connection to a variety of communities and how they come together.

It was incredible for me to be able to sit down with Susannah Heschel, the daughter of Rabbi Abraham Joshua Heschel, who was active in the Civil Rights Movement. I’m so familiar with his work in so many spaces, and we talked about not only her father’s commitment to the Civil Rights Movement, but to social justice, and how she sees that as so relevant today. She gave me a lot to sit with, and I feel connected to and motivated by that experience.

TaRessa Stovall, a journalist, blogger and poet, is the author of “SWIRL GIRL: Coming of Race in the USA,” published in 2020 and available at www.taressastovall.com.

A “Black x Jewish” way to confront racism and antisemitism