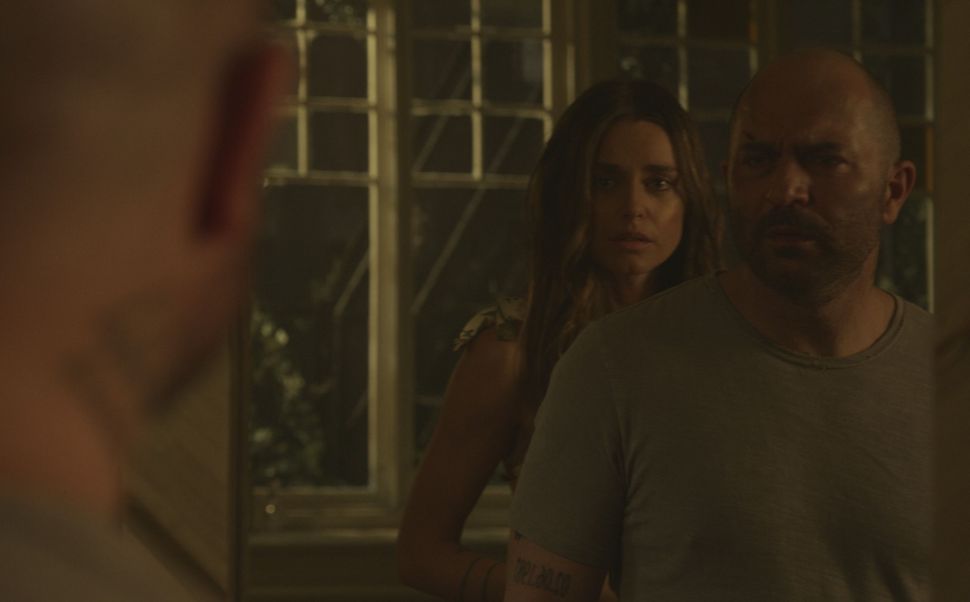 “Who would you, Lior Raz, like to have as your love interest in our new series?” Avi Issacharoff, the co-creator of “Hit & Run,” probably asked one day early on in the show’s development.

Raz’s response, one imagines, was probably: “A member of the Batsheva Dance Company in Tel Aviv. And make her considerably younger. I’d like her to be American, too, so I can speak a lot of English in a way that is always a bit stilted and distracting.“

This wished-for romance was Netflix’s command. Somehow this fantasy couple is not the least believable turn in the second series by the “Fauda” co-creators, though it functions as a regular source of amazement for everyone surrounding Raz’s Segev, a divorced single father and tour guide in Tel Aviv who (of course) has a background in special ops. It’s only once Segev’s dancer wife, Danielle (Kaelen Ohm) is struck dead by a speeding BMW that her own murky past comes into focus.

After enlisting the help of his cop cousin, Tali (Moran Rosenblatt), who volunteers to take the wheel in a high-speed chase while 6-months-pregnant, Segev begins his own investigation into the men who killed his wife. His hand is forced by a knife-wielding intruder, who he capably dispatches by bounding off a landing and shattering some of his own ceramics. At this stage, Raz’s fighting style is edging uncomfortably close to late career Steven Seagal territory. 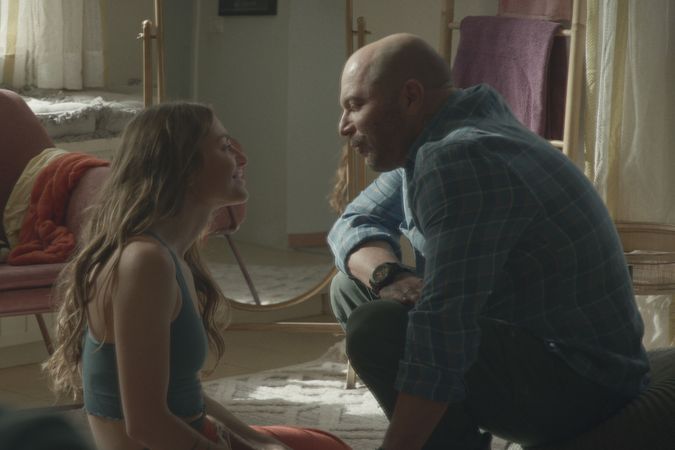 Raz and Ohm as the “in your dreams” couple. Courtesy of Netflix © 2021

“Hit & Run” fulfills the wishes of those who’d like to see Doron Kavillio being a good father or eating a slice of New York pizza, as he arrives in Ridgewood in pursuit of his old boss from his time as a mercenary in Mexico. Segev ends up skulking around various dance conservatories and even a bowling alley catering to gay men to discover the truth of Danielle’s secret life.

Despite the work of co-creators Dawn Prestwich and Nicole Yorkin of “The Killing,” who bring with them four seasons’ worth of slowburn investigations, the mystery here is often more tedious than compelling. Helping Segev get to the bottom of it is his old flame from Colombia, Naomi Hicks (Sanaa Lathan), a Black Jewish reporter for New York magazine, who mainly writes profiles of politicians like Avigdor Lieberman. (Obviously we all read New York for its incisive sit-downs with Israeli cabinet ministers.)

Along the way Segev kills a handful of people and becomes a person of interest for two national intelligence agencies and a fedora-wearing NYPD detective who posts an APB but neglects to mention our rogue Israeli’s two large neck tattoos as an identifying feature. Somewhere in here there’s a clumsy commentary on the fraught relationship between the Mossad and CIA, the interpersonal duplicity of spycraft and the question of whether we can ever truly know another person. 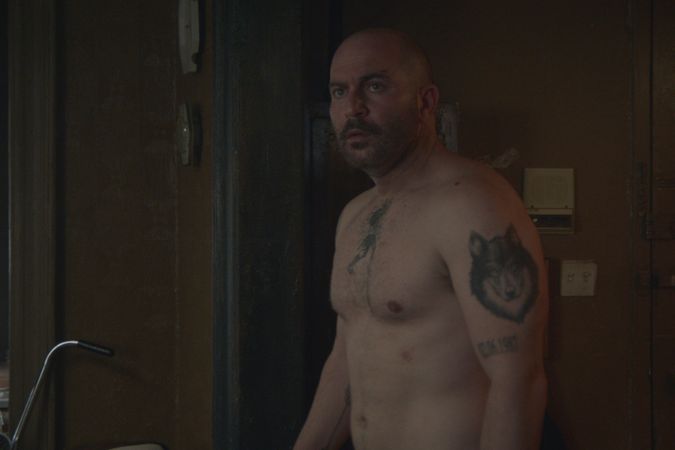 One of several scenes where Raz goes shirtless for no clear reason. Photo by netflix

But mainly there are a lot of scenes in need of a brighter color contrast and risible New York journalism moments — a rendezvous with a Times reporter at a hotdog cart — that ring resoundingly false. There are actual lines of dialogue, too laden with spoilers to recount here, that prompted a near spit take from me; suffice it to say they name drop New York magazine and imply its policy on Mossad intimidation is more robust than the CIA’s. I can’t speak to the show’s insights on intelligence, but I imagine, even given Raz and Issacharoff’s vaunted expertise, they look just as ludicrous from a desk at Langley or in Tel Aviv.

Raz and the rest of the ensemble are working overtime to sell a less than credible story. The showrunners do themselves no favors in the final stretch by having a urinal-shattering bathroom brawl that recalls a sadder version of a well-known “Mission: Impossible” set piece.

By the end, everything promisingly subtle about the show — up to and including its handling of Naomi’s Jewishness — loses patience with its own pace, mounting to as light a touch as the speeding Beemer from Episode 1. The generic asserts itself in a three-way warehouse standoff and a cliffhanger that all but dares the streaming giant to reup for a second season.

If it’s a hit, they’ll almost surely get it. And I’ll run very far to avoid it.