In a tale of Holocaust resistance, glimpses of Anne Frank’s last days The Sisters of Auschwitz: The True Story of Two Jewish Sisters’ Resistance in the Heart of Nazi Territory

By Roxane van Iperen; translated from the Dutch by Joni Zwart

In 2012, Roxane van Iperen, a Dutch writer and lawyer, moved into a woodland estate called The High Nest. Renovations led to revelations: Her family found trapdoors and hiding places, sheet music and old resistance newspapers – clues to the home’s wartime history as a safehouse for Jews and members of the Dutch resistance.

In “The Sisters of Auschwitz,” van Iperen skillfully resurrects the story of Lien and Janny Brilleslijper and their circle. Drawing on archival research, personal papers and the memories of survivors who hid in the house as children, the book marries documentary authenticity with novelistic intimacy. One bonus is intriguing glimpses of the concentration camp ordeals of the diarist Anne Frank and her sister, Margot, who became close to the Brilleslijpers.

The original 2018 Dutch edition, titled “The High Nest,” was a best-seller and won a Dutch literary award. Joni Swart’s translation is mostly clear and engaging; its few errors include the puzzling substitution of “transportation” for “transport.” The English title, no doubt more marketable than the Dutch original, is less than ideal. It reduces narrative suspense by betraying the sisters’ fate. And, in concert with the subtitle, it seems to suggest, misleadingly, that their resistance efforts were centered at Auschwitz rather than The High Nest.

Van Iperen describes the Brilleslijper sisters as “petite and dark, with a straight nose and high cheekbones, eyebrows like fox tails and a wealth of black hair tied low on their neck.” Lien was the older and more light-hearted — a singer and dancer who, in better times, performed in Yiddish around the country, with her romantic partner, Eberhard, a German musicologist and concert pianist, accompanying her. (The 1935 Nuremberg Laws left them unable to marry, van Iperen writes, but the couple had a daughter together.) 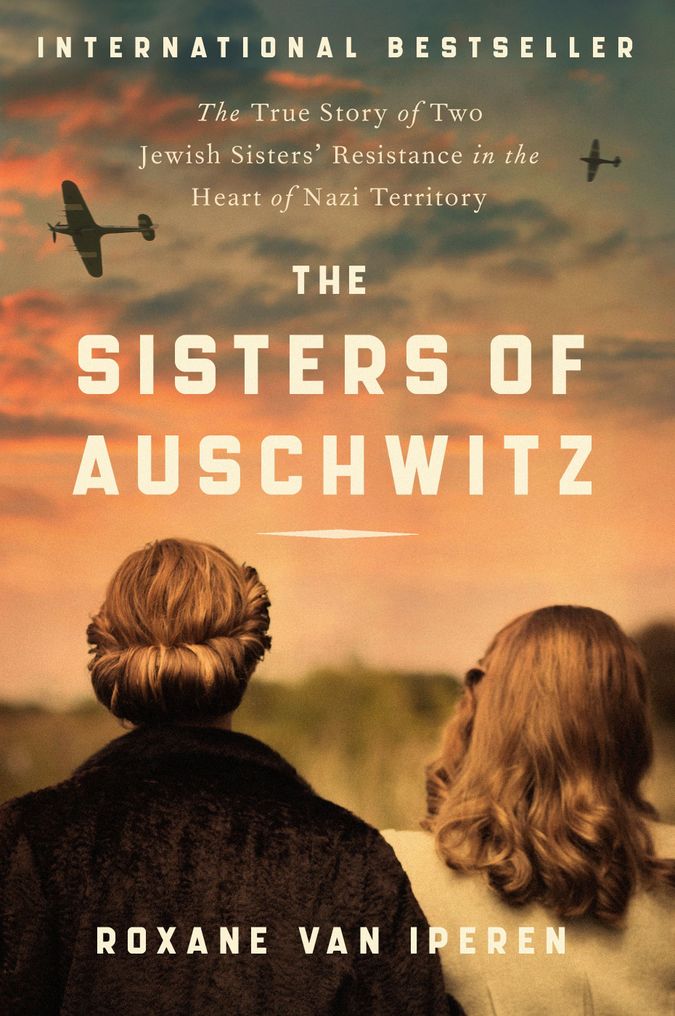 Life in the High Nest: “The Sisters of Auschwitz” skillfully resurrects the story of Lien and Janny Brilleslijper and their circle. Image by HarperCollins

Janny was the tougher, savvier sister. Her resistance efforts began early, with the Spanish Civil War in 1936. After the Nazi occupation of the Netherlands, in 1940, she was prescient enough to ignore an order requiring all Jews to register – an edict that later facilitated Nazi deportations. As repression hardened, she printed and distributed underground newspapers, housed fellow communists and helped circulate forged documents. By 1941, Lien had joined in the underground work, assisted by Eberhard, who fled conscription in the German army.

After various peregrinations and close calls, the Brilleslijpers found and leased The High Nest and moved there in February 1943. The relatively remote, forested location provided a degree of protection. Janny’s non-Jewish Dutch husband, Bob, helped support the household – including Janny’s parents, her mechanically adept younger brother, and Lien’s family — with a job at a food supply office. As the Nazi deportations began decimating the Jewish population, the sisters turned their home into a safehouse for both Jews and others, some of whom stayed.

According to van Iperen, The High Nest was crowded but not chaotic. It was governed by rules and drills. In the event of a Nazi incursion, an alarm would sound, and everyone would retreat to an assigned hiding place. Despite the anxieties of the times, the house burst with music, Yiddish-language theatrical performances and camaraderie. From The High Nest, van Iperen writes, “an underground web of artists will arise, livening up the area, and restoring the dazzling prewar life of Amsterdam and The Hague to its former glory.” This, too, was a form of resistance.

Of course, this idyll could not last. In their frenzied search for hidden Jews, the Nazis finally overran the estate. The Brilleslijper sisters and others in the house were taken to Westerbork, a Nazi transit camp in the Netherlands where they got to know Anne Frank and her family. German Jewish refugees who had relocated to the Netherlands in the early 1930s, the Franks had spent two years sequestered in rooms above Otto Frank’s Amsterdam business before being discovered. Fortuitous Discovery: Roxane van Iperen, a Dutch writer and lawyer, moved into a woodland estate called The High Nest. Renovations led to revelations: Her family found trapdoors and hiding places, sheet music and old resistance newspapers – clues to the home’s wartime history as a safehouse for Jews and members of the Dutch resistance. By Jan Willem Kaldenbach

In early September 1944, both the Franks and the Brilleslijpers endured the harrowing cattle car journey to Auschwitz, vividly rendered by van Iperen. It would be the last such transport. (Though many Dutch did risk their lives to help Jews, 76% of the country’s Jewish population was sent to concentration camps – the highest percentage in Western Europe.)

At Auschwitz, resistance mainly meant finding the will to live, itself no simple task. At one point, Janny also intervened with a guard to keep a woman from the gas chambers. Buffeted by hunger, illness and other hardships, the Brilleslijper sisters drew even closer. “If they do not look after each other, everything is finished,” van Iperen writes.

As the Soviet army advanced, the Nazis transported many Auschwitz prisoners, including the Frank and Brilleslijper sisters, back to Germany, to Bergen-Belsen. There, death came not by gas but by cold, disease and starvation. With other acquaintances, the women formed a tight, mutually supportive band. Janny and Lien joined with Anne and Margot Frank, who bunked below them, to tell stories, reminisce about Amsterdam, and imagine the great meals that they would one day consume.

Sick with typhoid fever, Anne and Margot never made it, dying just weeks before the European armistice. Later, Lien and Janny were able to tell a grieving Otto Frank about his daughters’ final days. Frank would publish the diary Anne had left behind in their secret annex, one of the iconic artifacts of the Holocaust. Now, more than seven decades later, van Iperen has given the heroic Brilleslijpers a literary memorial of their own.

` Julia M. Klein, the Forward’s contributing book critic, has been a two-time finalist for the National Book Critics Circle’s Nona Balakian Citation for Excellence in Reviewing. Follow her on Twitter @JuliaMKlein

In a tale of Holocaust resistance, glimpses of Anne Frank’s last days